On Sunday, Boston’s North End neighborhood opened its outdoor dining area to the public for the first time in over a year. The decision to allow outdoor seating comes weeks after the rest of the city and in the midst of controversy over neighborhood rules regarding outdoor dining in the summer months. When it comes to outdoor dining in Boston’s North End, Mayor Michelle Wu is signaling that the city may have some wiggle room when it comes to the city’s new rules. The city announced earlier this month that restaurants in the North End would have to pay $7,500 to host outdoor dining this year. Radio Boston interviewer Wu said restaurants don’t need to pay the fee all at once. 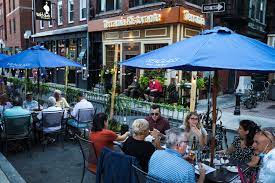 Several North End restaurants have protested Mayor Michelle Wu’s decision to impose new regulations on the neighborhood, including a $7,500 fee per restaurant to open its outdoor dining area for the season.

The North End Restaurant Community formed in response to the new policy and issued a letter on March 23 outlining their grievances and alleging discrimination by the city detailed their response. The group wants to know why the fees that affect the North End only apply to that area. Kim Fontaine, owner of Rabia’s Dolce Fumo, says that the North End’s outrage stems from a lack of principle. During the peak of the COVID-19 pandemic in 2020 and 2021, her restaurant lost between 15 and 22 percent of its weekly revenue. Many North End restaurant owners are considering legal action against Boston and Mayor Michelle Wu. Fontaine said she plans on suing the city for her part.

A press conference was held at City Hall Tuesday, where Wu stood alongside state Rep. Aaron Michlewitz, state Sen. and City Councilor Lydia Edwards as well as North End restaurant owners Nick Varano and Philip Frattaroli, to clarify the policy and announce rectifications to help restaurants still struggling from the COVID-19 pandemic. Rather than requiring restaurants to pay the $7,500 fee up front, Wu explained that the program was set up so that participating restaurants could make monthly payments to cover the cost. In addition, restaurants will be able to participate in outdoor dining for only $1,500 per month, Wu said. 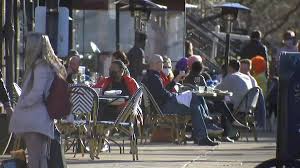 A “hardship waiver” is also being implemented, which lowers the fee for restaurants that qualify based on three factors: whether the business has a liquor license, which could bring in higher sales; the patio space, which dictates how many more people can be served; and the location of the restaurant, such as Hanover Street or Salem Street, which is more likely to attract customers.

By way of a letter sent to North End restaurateurs March 25, Wu reiterated her commitment to stricter enforcement of fees and regulations in the area. A “critical mass of restaurant owners” would have to reject Wu’s plan before it could be scrapped if it proved unworkable. 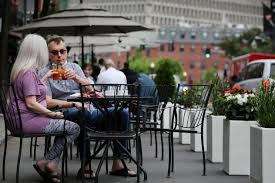 It’s a city mandate that these new fees will be used to help alleviate the negative effects of trash and rodents while also increasing public safety. Business owners, on the other hand, aren’t buying it.

Rabia’s Dolce Fumo, according to Fontaine, hires a sanitation company to take care of trash and pests. The city’s sanitation department is to blame if residents are plagued by litter and rodents, she said. “Street parking was very difficult in the North End, and now that the patios have taken some of the parking space, it’s become even worse,” said Alex Shvartz, a North End resident. There are people I know who’ve had to give up their cars because they couldn’t find any parking. And I’ve heard that noise and trash are the most common complaints.” Jorge Mendoza, owner of Monica’s restaurant in the North End, was so enraged by the decision that he decided to run for Boston City Council and eventually the mayor’s office in the city.Most Boston.com readers felt Wu’s outdoor dining fee was unfair, but Wu did allow for hardship waivers and the option to only allow outdoor dining for part of the summer, as reported by Boston.com. 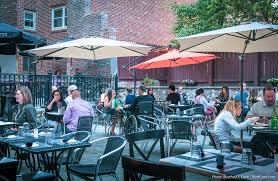 When the restaurant owners protested, pouted, and screamed, she showed them they wouldn’t get their way simply because they were protesting and pouting. Then she got everything she wanted in the North End, and they paid for it. “And they paid for it.”

Andrew Lelling, a Republican analyst and attorney, agreed with Marsh.

Dining al fresco in the North End is a huge draw. There was a definite sense that the restaurant owners were playing chicken with Mayor Wu, and that didn’t go so well,” he said.