Home Cause of Death Lynnette “Diamond” Hardaway, of The Band Diamond and Silk, Died at The Age of 51
3 minute read

With the death of Lynette Hardaway, better known as “Diamond” of the conservative political team Diamond and Silk, social media has been awash with stories and conjecture regarding the circumstances of her death.

The pair’s Twitter page reported Hardaway’s death on Monday night, asking for privacy and providing no details on the cause of death. In a tweet, the page lamented, “The World just lost a True Angel and Warrior Patriot for Freedom, Love, and Humanity!”

Contributions towards Preserving Diamond’s Legacy are only being accepted at the following link:https://t.co/g6J6NlBXE7

“Diamond’s family requests that you not disclose any personal information without their permission. Memorial Service Details To Be Announced. Only donations made through this site will be accepted for Preserving Diamond’s Legacy.” During the 2016 presidential campaign, Hardaway and her sister Rochelle “Silk” Richardson were known as “Diamond and Silk” within conservative circles.

The two claimed to be among former president Donald Trump’s “most dedicated fans” and made frequent appearances at White House events, as well as speaking opportunities at Trump campaign events.

However, neither her family nor the Facebook page has validated the claims that Hardaway, who was apparently 51, died of COVID. A report from the defunct online journal Blavity is cited to support several of these assertions.

A journalist with the Daily Beast, Will Sommer, tweeted about this. According to the reports he had read, “Diamond of Diamond and Silk,” a vocal opponent of the Covid-19 vaccination, “died of Covid” in November after being hospitalized with the illness.

However, “the fact is her cause of death isn’t certain yet,” as a Blavity story claiming she had Covid in November has since been removed.

The circumstances behind Hardaway’s passing are mysterious.

Sister performers Diamond and Silk, who rose to fame by making controversial political statements on their YouTube channel, are among Trump’s most outspoken fans. Longtime Democrats who backed Trump’s presidential campaign were warmly received by the president, who invited them to his 2017 inauguration and then to the White House for a meeting.

Success in the MAGA community led to contributor positions at Fox News for Diamond and Silk, but the network severed relations with them in 2020 after they began spreading Covid-19 conspiracy theories on television. After that, the pair got their own show on the conservative network Newsmax called “Diamond and Silk: Crystal Clear.” Representative Matt Gaetz of Florida described the announcement as “extremely sad news,” while Representative Lauren Boebert of Colorado referred to Diamond as a “great person.”

“Uprising: Who the Hell Said You Can’t Ditch and Switch?” is the title of a book written by Diamond and Silk. Silk was born in January of 1971, while Diamond made her debut on Thanksgiving of the same year.

They’ve made a name for themselves as Trump’s “most vociferous and dedicated fans,” a platform they’ve used to get attention. In 2018, the pair also provided sworn testimony on allegations of filtering on social media.

According to Deadline from 2020, Diamond and Silk were contributors for Fox News until they were fired for posting COVID disinformation. 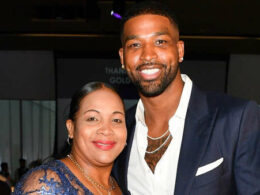 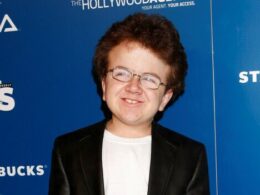 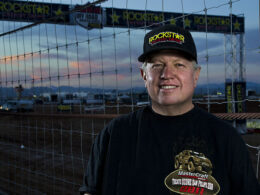