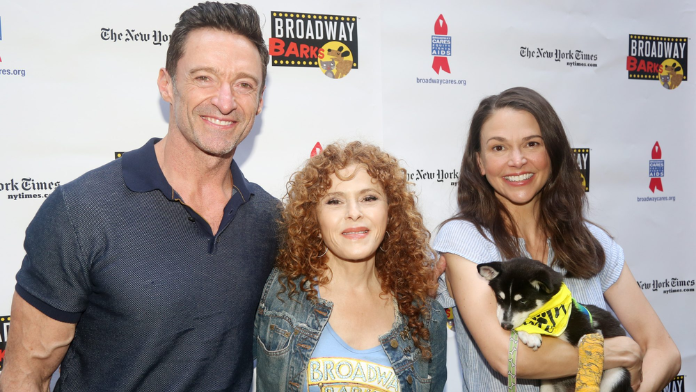 Co-hosting the dog adoption event in New York City was Music Man actor Sutton Foster, who was photographed with Hugh Jackson and other celebrities.

The couple, who were obviously smitten with the tiny fur balls, appeared happy to meet and pet several of the canines that were available for adoption.

With a wide grin on his face, Hugh Jackman, who is presently co-starring with Foster in The Music Man, held some lucky dogs in his arms. The 53-year-old X-Men actor lives with two canines of his own. Billy Crystal, the actor, and co-writer of Mr. Saturday Night posed cradling a cute puppy while sticking out his tongue.

During the 1999 Broadway run of Peters’ performance in Annie Get Your Gun, the late Mary Tyler Moore and Peters co-founded the organization. 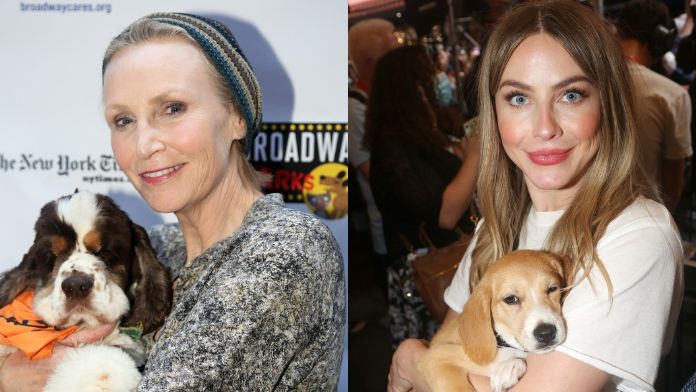 She was able to enlist the aid of stage actors from a variety of plays; Jane Lynch, who is now appearing in Funny Girl, also attended to demonstrate her support for canine friends. Over the years, Lynch has been outspoken about her passion for her rescue animals, frequently emphasizing the value of adopting a pet rather than purchasing one.

In 2019, Julianne Hough lost both of her cherished pet dogs. Julianne Hough had her Broadway debut earlier this year in POTUS: Or, Behind Every Great Dumbass Are Seven Women Trying to Keep Him Alive. The same day that Peters got into some problems, the actress and singer were spotted posing outside.
Social media videos purport to show activists for animal rights obstructing the event. In one video that was shared on Twitter, Peters is heard saying: “I’m sorry. You are preventing any of the animals in this room from being adopted.”

how do we get Bernadette a Tony for fighting protesters at Broadway Barks? pic.twitter.com/V99MPJrW1i