Home Celebrity In the Golden Girls, How Old Was Betty White?
2 minute read

The late, great Betty White, who died on December 31, 2021, at age 99, was arguably best known for her depiction of the charmingly naive Rose Nylund on the wildly successful NBC comedy The Golden Girls, among all the brilliant parts she portrayed over the course of her illustrious career.

We enjoyed watching Rose and her youthful-at-heart companions Blanche Devereaux, Dorothy Zbornak, and Sophia Petrillo for seven seasons as they made their way through senior single life in Miami.

In retrospect, it’s a tiny miracle. The cast of The Golden Girls came together as flawlessly as it did. (Really, can you picture anyone else in those roles?) Due to two factors: One, despite the fact that the ages of the characters on the show appeared to be pretty distinct—Blanche, Rose, and Dorothy were in their mid-50s, while Sophia was Dorothy’s widowed, elderly mother—the actors who played them were entirely different ages in real life.

In actuality, there were significant age gaps between the real ages of the primary cast members of The Golden Girls and those of their roles, with the exception of one. In the end, two of the actresses switched roles! More information on The Golden Girls, including their ages—the difference between their on-screen age and their actual age—can be found in the following paragraphs.

How Old Was Rose Nylund on The Golden Girls?

When Betty White Initially Played Rose Nylund in Golden Girls, She Was 63 Years Old, Making Her 8 Years Older than The Role. Dorothy Zbornak Mentions Rose’s Age as 55 in The First Season of Golden Girls when She Is Talking About how She Lost Her Job at The Grief Counseling Center. In the Third Season of Golden Girls, Sophia Claims that Dorothy Was Born in 1931, and In the Fourth Season, Dorothy Claims to Be a Leo. Dorothy Zbornak Was 53 when The Sitcom Debuted in 1985, Making Bea Arthur’s Character 10 Years Older than Dorothy Zbornak.

The Age of Sophia Petrillo During the First Season of Golden Girls Was Not Made Public until The Second Season, in A Flashback Scene to Her 50th Birthday in 1956. Despite playing the Oldest Role, Estelle Getty Was a Year Younger than Betty White and Bea Arthur.

She Was Now the Actress Who Most Closely Matched the Character’s Age. the Measures Blanche Has Taken to Conceal Her Age Are a Recurrent Gag in Golden Girls, Leading Rose to Search Through Official Records to Learn the Truth. Rose Discovers that Blanche’s Age Has Been “removed by Authority of The Governor,” Rather than Learning Her Friend’s Actual Age. Fans of All Ages Have Been Drawn To Golden Girls for centuries because of its original perspective on comedy and the lives of elderly ladies.

Where Is 'Pam & Tommy's' Rand Gauthier Now? Has He Been Arrested? 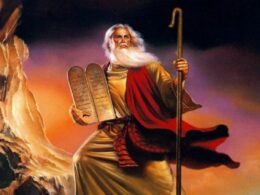 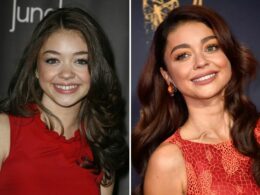 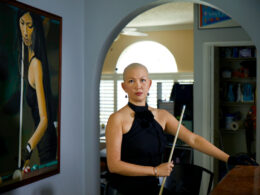