Home Celebrity Is the Story in Bruised Based on Anything Real? I Say, Let’s Find Out.!
4 minute read

Netflix is pushing its A-list direction and acting as Oscar season approaches. Halle Berry, a filmmaker and actor par excellence, has just released her latest film, Bruised. Competing against movies like “King Richard” and “The Revenant,” the sports drama has a good shot at winning some awards this year. Is Bruised, like King Richard, based on actual events? If that’s the case, who is the boxer Berry was emulating? Solutions are at hand.

The plot of Bruised centers on single mother Jackie Justice’s comeback fight in mixed martial arts. But suddenly, everything begins to fall apart, and Jackie completely breaks down emotionally and physically. Jackie, like everyone else in the world, is unsure of where she stands as her professional fighting career resumes after a brief hiatus because her son returned unexpectedly.

Is Bruised based on a factual story, or did someone just come up with a fantastically unique plot? So, let’s check it out.

Is Bruised Based on A True Story?

The events depicted in ‘Bruised’ are not based on any actual events. Halle Berry adapted the screenplay by Michelle Rosenfarb, who also wrote the film so that she could play the role of a middle-aged Black single mother (as opposed to the original twenty-something Irish Catholic girl). After Berry convinced the producers of the merits of her proposed alterations to the film’s plot, characters, and overall tone, the filmmakers accepted her revisions. 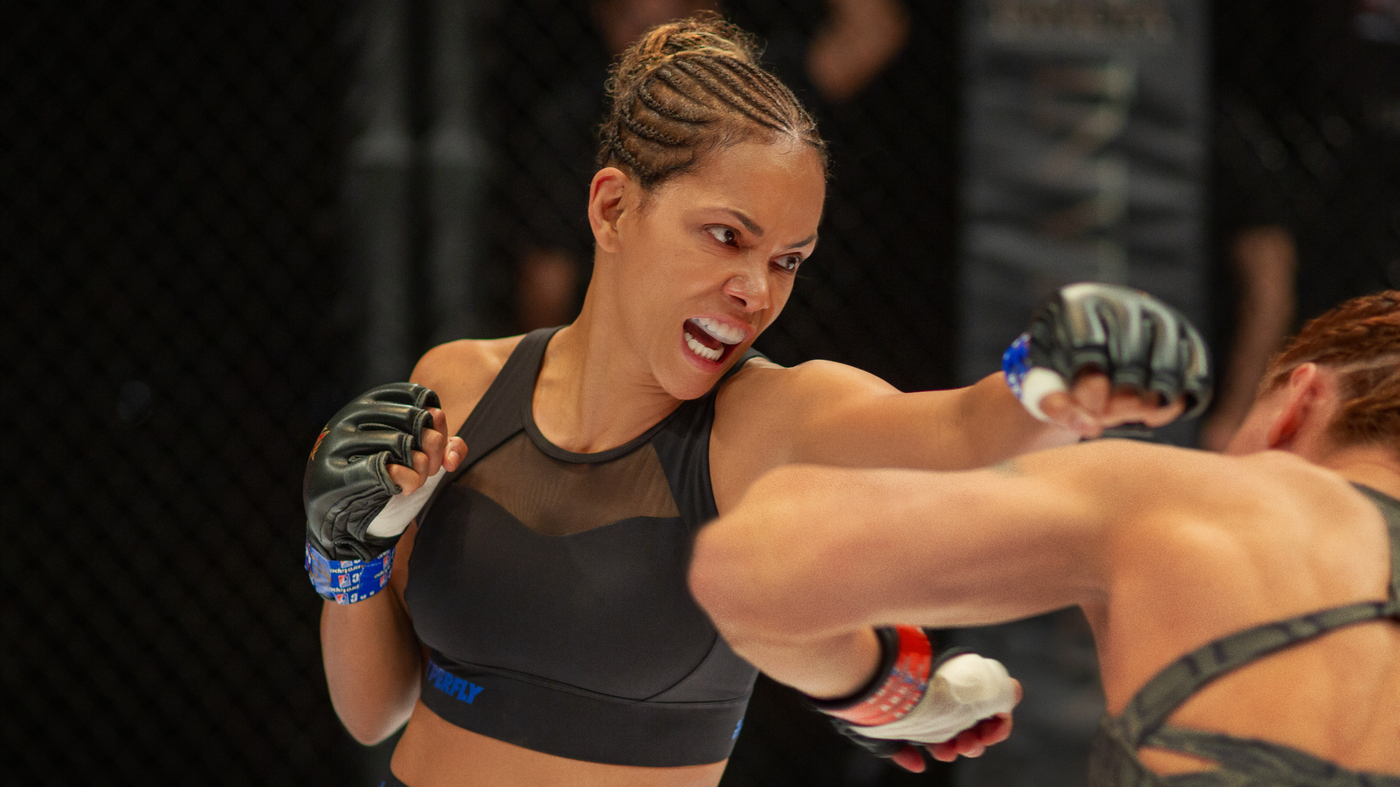 As soon as the actor-director read the script in 2017, she was captivated by the story and the broken protagonist who perseveres and sets out on a path to redemption. The story wasn’t working as written, but Berry saw an opportunity to give an “old genre” a fresh take by making the protagonist a middle-aged Black woman (of fight films). She started looking for a director to help bring her vision to life once the producers had signed on and the script had been rewritten by the writers and herself.

This became more difficult than anticipated, so Berry, on the suggestion of her friend and producing partner Elaine Goldsmith-Thomas and after an exhaustive search, decided to tackle the challenging assignment on her own. The last thing she wanted was for all of her hard work on the role to be undone because the director didn’t share her vision.

Therefore, ‘Bruised’ was adapted from a fictional script about a young MMA fighter to reflect a narrative with which Berry could relate. Now we can see if she based her tough protagonist on a real MMA fighter and how she developed that character’s tough exterior.

Can We Trust that Jackie Justice Is a Serious MMA Competitor?

Jackie Justice is not an actual mixed martial arts (MMA) fighter; rather, she is a fictional character created by Halle Berry, who put in a lot of work to bring the gifted but disgraced character to life. Not only did Berry make some ostensible adjustments to the character so that it better suited her, but she also drew on her personal experiences of adversity and “fighting” to give Jackie Justice a genuine, grittier demeanor.

The Oscar-winner described how she could relate to the role by saying, “I understand being marginalized as a Black woman and the rage, hatred, fear, and frustration that comes with all of that. Because of my extensive life experience, I was confident that I could develop a character in this film who would not only be believable but would also speak to women of various backgrounds. Berry spent over eight months on extensive martial arts training in addition to incorporating her own life experiences and feelings into her character. Every day, she spent four to six hours training in various martial arts, including boxing, Muay Thai, judo, jujitsu, and capoeira. During the production of a fight scene, she also shattered her ribs.

That’s why, despite Jackie Justice’s main character not being based on a genuine mixed martial arts fighter, the film’s lead actor-director injects a lot of her personal experiences into the narrative. Berry’s personal “battle” imparts a true sense of difficulty and perseverance to her fictional character, even though it is very different from the one faced by her character.

Although the events and protagonist in “Bruised” are fictitious, the story’s resonant and encouraging metaphorical message is drawn from real-world experiences.

Can We Trust Jackie Justice As An MMA Competitor?

Halle Berry put in a lot of work to embody Jackie Justice, an imaginary mixed martial arts (MMA) fighter who is skilled but has been disgraced. Berry drew on her own problems and “fights” to give Jackie Justice authentic, real feelings, in addition to the apparent alterations required to make the character resemble her.

According to Oscar victor: “I understand being ostracized as a Black woman and the wrath, hatred, fear, and frustration that comes with it.”

By drawing on my own life experiences and insights, I felt I could create a believable character who would resonate with women from a variety of backgrounds.

Berry spent roughly eight months learning martial arts for the job, and she also drew on her own experiences and emotions to shape her character. She trained for four to six hours a day, every day, in various forms of martial arts like boxing, Muay Thai, judo, jujitsu, and capoeira. In addition to breaking her ribs, filming the movie’s fight scene ruined her health.

The film’s principal actor and director, Jackie Justice, incorporates many of her own life experiences into the story, despite the fact that the character she plays is not based on a real mixed martial arts fighter.

Berry’s personal “battle” is very different from the one her character fights, yet it lends her character greater depth and credibility. Despite being a work of fiction, “Bruised” feels genuine and uplifting since both the protagonist and the novel’s metaphoric message are based on real-world struggles. 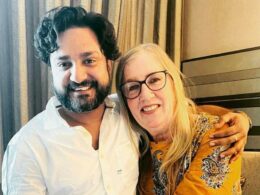 Are Jenny and Sumit Still Together ‘After 90 Days’?