Home Celebrity Which Boyfriend Does Alex Cooper of “call Her Daddy” Have? Everything You Need to Know About Matt Kaplan
3 minute read

Many successful teen and tween movies have been produced by Matthew Kaplan. The young romance he wrote, To All the Boys I’ve Loved Before, was so popular that it spawned multiple follow-ups. This entrepreneur is rumored to be dating Alexandra “Alex” Cooper, host of the podcast “Call Her Daddy,” a match that has all the makings of a prominent Generation Z coupling.

Previously, the media entrepreneur and founder of ACE Entertainment served as president of Awesomeness Films. His success can be attributed in part to his diligence in seeking out new talent. Instead of consistently casting well-known performers, he encourages up-and-coming actors to have their start.

Cooper and Kaplan’s relationship has been kept relatively under wraps, but listeners to the popular podcast have pieced together the details from clues dropped by Cooper himself.

Scroll down to find out more about the man who won over the “Call Her Daddy” host’s heart.

Who Is Matt Kaplan?

Matthew Kaplan, who was born on April 14, 1984, is a former quarterback for the Columbia University Lions football team and a graduate of the university. After finishing college, CBS chief Les Moonves hired him as an intern and subsequently promoted him to director of digital development.

After his departure from CBS was amicable, he joined Lionsgate Films as a producer on films such as They Came Together, starring Amy Poehler and Paul Rudd.

The intern put in a lot of time and effort, and now he is a producer with his own company, Chapter One Films, and he has a first-look deal with the major horror studio Blumhouse Productions. Before joining Awesomeness in 2015, Kaplan oversaw the film division of Chapter One, where his credits included the feature films The Lazarus Effect and 6 Miranda Drive.

Kaplan’s contributions to the production of various films aimed at young adults were crucial given the company’s infancy in the film business. Before I Fall, starring Zoey Deutch, was one such film released in 2017. Kaplan quit Awesomeness two years in to try his hand at starting a production firm once again. This organization caters to the 18–34-year-old age bracket and is currently known as ACE Entertainment.

After the success of To All the Boys I’ve Loved Before, ACE has established itself as a major studio. Some of Kaplan’s other works that will soon be available on Netflix are Spontaneous (2020), The Perfect Date (2019), and The Statistical Probability of Love at First Sight.

According to an interview Kaplan gave to The Hollywood Reporter in 2017, he wants to “nurture the careers” of young filmmakers because they represent the target audience for his work.

Read More: When Kobe Finally Called It Quits, how Old Was He?

Who Is Alex Cooper?

The 21-year-old from Pennsylvania worked for the Dirty Water Media YouTube channel before graduating from Boston University. It was a channel dedicated to the gaming and partying culture of Boston at night.

Cooper and her (now former) best friend Sofia Franklyn launched their first podcast in 2018. The popularity of their podcast featuring dating tips and racy anecdotes led to a contract with Barstool Sports. Cooper had planned to become a YouTube vlogger, but as CHD gained traction, she realized that she belonged on a different platform.

Franklyn and Cooper’s dramatic breakup in 2020 occurred because Franklyn wanted out of his contract with Barstool at the expense of Call Her Daddy’s intellectual property, and the two had been overdue for contract negotiation for quite some time. Cooper’s reluctance to restart the pod without their inside jokes and slang led to the end of their friendship and working relationship.

After much consideration, Cooper decided to leave Barstool Sports for a $60 million, three-year agreement with Spotify, making her the highest-paid female podcaster in history. Alex has been coy about the identity of her partner. On the other hand, Alex Cooper refers to her lover as Mr. Se*xy Zoom Man in a few episodes of her Spotify podcast, Call Her Daddy. The dog’s name is Henry, she added, and Mr. Se*xy Zoom Man is a film producer.

Alex’s loyal following was quick to identify the individual she was talking about as Matt Kaplan. Also, as of 2021, according to Matt Kaplan’s IMDB page, he has been married to Alexander Cooper.

What Happened to Cam Newton? Now What Is He Doing? 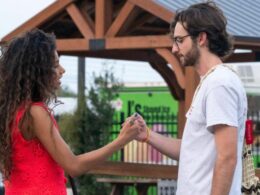 What Happened to Isha and Michael’s Relationship in The ’20s? 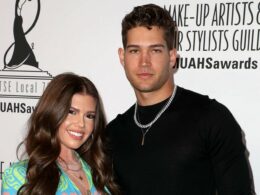