Home Celebrity Who Is Conde Nast? Drake and 21 Savage Are Suing for $4 Million Over a “fake” Vogue Cover.
2 minute read

According to Variety, Conde Nast has sued Drake and 21 Savage for creating a “fake Vogue cover” to promote their new album, Her Loss, and has launched a $4 million lawsuit against them.

According to Conde Nast, the “approved” part of the “fake” Vogue cover featuring Drake and 21 Savage was missing. The business complained to a federal court in Manhattan on Monday, November 7.

Who Is Conde Nast?

Conde Nast is a huge corporation, not a “person.” Cond Montrose Nast established the company in 1909, and Advance Publications is the owner. Global media firm Conde Nast is the owner of numerous well-known brands, including Vanity Fair, The New Yorker, and Vogue.

The media company, which has offices in New York and London, has a market in 32 nations.

In addition, it organizes well-known occasions including the Met Costume Institute Gala, The New Yorker Festival, GQ Men of the Year, and Vogue Forces of Fashion.

According to the official website, “Cond Nast celebrates the extraordinary. Imagination and creativity are the foundation of everything we do.

Along with fashion and cooking schools across Europe and a production and distribution studio that opened in 2011, Conde Nast also has endeavored in education and entertainment.

Drake shared a cover of Vogue from the October special issue that appeared to have him, 21 Savage, and Anna Wintour before the album Her Loss was officially released.

Because it was so persuasive, not just fans but also media outlets began to believe it and reported on it.

The two even produced a Howard Stern interview and a commercial for a Tiny Desk Concert at the same time.

Conde Nast reportedly stated in the lawsuit docs obtained by TMZ that Anna Wintour and Vogue “have not sponsored Her Loss in any manner and have requested numerous times for all promos utilizing the Vogue name to be taken off.” The Rapper Had Given a Shout-Out to Anna Wintour

Drake’s Instagram has since removed the image that featured the Vogue cover.

The Her Loss release date and images of Drizzy, Anna, and 21 Savage were added on the cover using photoshop.

“Me and my brother on newsstands tomorrow!” was the caption. Thank you, Anna Wintour and @voguemagazine for your love and support during this historic time. Her Loss, November 4th

Variety report The $4 million in damages that Conde Nast is requesting would “duplicate the defendant’s earnings from their record and ‘counterfeit’ magazine,” whichever is greater.

How to Enter the Mc Crispy Gaming Chair Contest at Mc Donald's.! 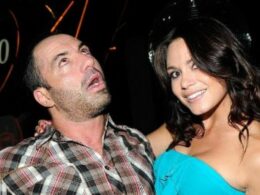