Aron Gaudet and Gita Pullapilly, the writers and directors of the STX comedy Queenpins starring Kristen Bell and Kirby Howell-Baptiste, immediately left for Phoenix, Arizona, after reading about a $40 million counterfeit coupon scheme.

The Hollywood Reporter quotes Gaudet as saying, “We come from television news and journalism, then into documentary and written storytelling, so we’re driven to things that are inspired by actual stories.” Finding those is always a journey, though.

Pullapilly stated that she and Gaudet would “do deep dives into the internet to try to discover stories that are interesting and distinctive that haven’t been told before,” knowing that compelling true stories are frequently optioned swiftly.

That is how, in the words of Pullapilly, they “got up on a coupon blog with just a few phrases describing this hoax.

Is Queenpins Based on A True Story?

The True Stories of Robin Ramirez, Amiko Fountain, and Marilyn Johnson, the Three Real Women Suspected of Being the Scheme’s Ringleaders, Will Probably Serve as Inspiration for The Movie, Which Is Based on The Greatest Counterfeit Coupon Scam in Us History.

Detectives searched the Women’s Homes in 2012 and Found $25 Million in Fake Coupons, Leading Them to Conclude that At Least 40 Firms Had Been Defrauded. However, as “queen pins” Is a Fictional Comedy, the Tone Will Probably Be More Lighthearted than The Actual Events.

The Real-Life Narrative at The Heart of Queenpins Was First Made Public in July 2012. After Authorities in Phoenix, Arizona, Seized More than $25 Million in Fake Coupons During a Raid, Three Women Were Detained. Twenty-Two Assault Rifles, Twenty-One Vehicles, and A Forty-Foot Boat Were Also Taken During the Operation. Clearly, the Game of Making Fake Coupons Isn’t a Joke. An Official from The Local Law Enforcement Agency at The Time Claimed that The Splendor and The Money Were Comparable to Drug Cartel-Type Activities. They Had Money of That Nature.

Although the Movie Centers on Two Women, the Actual Coupon Ring Really Included Three Women. the Gang’s Leader at The Time Was Robin Ramirez, Who Was 40 Years Old. It Also Included Marilyn Johnson, 54, and Amiko “amy” Fountain, 42.

Customers Would Purchase Coupons from The Real Queenpins Counterfeit Coupon Ring on E Bay And/or Be Invited or Referred to The Ring’s Own Website, Savvyshoppersite.Com. Once They Arrived, Customers Would Have Access to A Selection of Expensive Vouchers.

According to Star News, a Phoenix Radio Station, the Group Focussed on Manufacturer Coupons, Which Frequently Offer a Free Item or A Significant Discount. These Weren’t the “fifty-Cents-Off Coupons,” as One Law Enforcement Official Called It, that One Might Find in Their Mailbox. They Guaranteed a Full Refund if A Store Declined to Accept One of The Women’s Coupons. if The Women’s Deals Had Been a Little Worse, Perhaps They Would Never Have Been Discovered.

After Claims of Fraud Were Made by Forty Organizations, Including Well-Known Firms Like Proctor & Gamble, Hershey, and Pepsi Co, the Scheme Came Tumbling Down. the Fbi Tracked the Ring’s Origins to Phoenix and Collaborated with Local Law Enforcement to Bust It. According to Time Magazine, They Went Undercover and Purchased Coupons in An Effort to Find the Source.

The Ring Maintained the Money in A Series of Twelve Different Bank Accounts. One Account Contained More Than $2 Million. Eventually, Ramirez’s Actions Were Traced Back to 2007.

Based on A Genuine Coupon Scam, Queenpins (Plot)

The Movie Queenpins Is Based on A Real-Life Coupon Fraud that Three Arizonan Women, Amiko “amy” Fountain, Marilyn Johnson, and Robin Ramirez, Carried Out. Ramirez, Who Was 40 Years Old at The Time of Her Arrest, Was Thought to Be the Organization’s Ringleader. She Was Helped in The Operation by Johnson, Who Was 54 at The Time, and Fountain, Who Was 42. They Both Made Millions of Dollars as A Result.

Sgt. David Lake of The Phoenix Police Department Expressed His Curiosity in The American True-Crime Story to Local News Station Kpho, Saying, “the Riches Was Akin to A Drug Cartel.” Whatever the Women’s Financial Circumstances Were Before the Scam, by The Time It Was Over, They Were Living in Luxury.

2018’s Episode of The Cbs Documentary Program Pink Collar Crimes Included a Segment on Coupon Fraud, but Queenpins Adopts a Lighter Tone with The Narrative. the Real-Life Version of Queenpins, in Comparison, Is Not Amusing Because the Women Were Sentenced to Jail and Paid a Substantial Punishment for Their Deception. Since the Couponing Fraud Was Substantially More Complicated than It Was in The Movie, the Real-Life Queenpins Story Is Much More Intricate than What Is Shown in The Movie.

The $40 Million Coupon Fraud May Seem Like Something out Of a Novel, but Queenpins Is a True Account of A Severe Crime. Authorities in Arizona Detained Three Women in 2012 Who Were in Possession of Fake Vouchers Valued Millions of Dollars.

Even Though Illegal Couponing Might Not Seem Significant, It Can Cost Businesses Millions of Dollars in Lost Revenue. the Queenpins Actual Story Served as The Basis for The Movie, but It Is Not an Exact Retelling of What Happened.

Read More: Fans Find It Strange That Theophilus London and Kanye West Are Both Listed as “Missing.”!

How Was the Actual Coupon Scam Operated?

According to Coupons in The News, Ramirez Started Selling Fake Coupons in 2007. Her Plan Involved Sending Coupons Abroad to Be Mass-Produced and Faked. the Genuine Story of Queenpins Is Condensed for The Sake of Time, Much Like Other True-Crime Movies Like Leonardo Di Caprio’s The Wolf of Wall Street, to The Disadvantage of Couponing Fraud Itself.

These Coupons Would Be Transformed Into Amazing Deals. for Instance, You Might Get $50 Worth of Free Dog Food by Exchanging a Valid Coupon for $1 Off Pringles. They Never Questioned Their Luck, Though.

Fountain Occasionally Put Hologram Stickers on The Fake Coupons to Make Them Appear More Legitimate, While Johnson Helped with Order Packaging and Delivery.

The Group’s Website, Savvy Shopper Site, as well as Subsequent E Bay Sales Made with Several Accounts Were Other Places Where the Coupons Were Sold. This Website Had an Invitation-Only Policy and Prohibited Revealing the Places Where Users Used Their Discounts. Real-Life Coupon Scam: How It Worked

According to Coupons in The News, Ramirez Began Offering Counterfeit Coupons as Early as 2007. Her Scheme Involves Sending Coupons to Foreign Countries Where They Were Mass-Produced and Faked.

These Coupons Would Be Changed Into Fantastic Offers. for Instance, You Might Exchange a Real Coupon for $1 Off Pringles for $50 Worth of Free Dog Food. Later, Some Buyers Recognized that The Offers Looked Too Good to Be True, but They Were Unwilling to Doubt Their Good Fortune.

Johnson Assisted with The Packing and Shipping of Items, and Fountain Occasionally Applied Hologram Stickers to The Counterfeit Coupons to Give Them a More Authentic Aspect. Then, the Vouchers Were Sold on E Bay Through a Variety of Different Accounts and From the Savvy Shopper Site, the Group’s Own Website. This Website Has a caution that users shouldn’t openly discuss where they bought the discounts and required an invite to access. 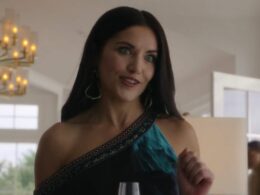