Home Dating Too Hot To Handle: Are Nick And Jawa Still Together Or Did They Break Up?
3 minute read

The winner of “too hot to handle”  Season 4 ends with Nick and Jawa still in a loving relationship. After filming, their relationship lasted for a long period. “We spent seven months together, residing in both Bali and London. I had never lived with someone before, so it was a very new experience for me,” Nick admits to Tudum. As the two traveled the globe together, kayaking, bar-hopping, meditating, and even scaling Mount Batur in Indonesia, Jawa calls the experience “wonderful.”

But they later split up, and they are both now free. Nick will always hold a “special place” in Jawa’s heart and she is still “grateful” for the relationship. Nick expresses his gratitude in a similar way, saying, “Our relationship allowed me to address my commitment [problems] head-on and taught me patience and communication from a different perspective.”

Too Hot to Handle unearthed a few genuinely lovely love stories among the lavish antics and stunning scenery in its fourth season. The strongest match of the season was between Nick Kisci, an American artist and yogi who spent a lot of time meditating, and Jawahir Khalifa, an Amsterdam-based model who started breaking rules right away. Jawahir ended up flirting with a couple of the males before Nick drew her attention, despite the fact that Nick had eyes for her the moment she stepped foot on the beach. They became the season’s biggest rule-breakers once they teamed up, only being surpassed by Kayla and Seb.

See Also: After “Too Hot to Handle,”Are Nathan and Holly Still Together?

The couple’s trip was thrown a massive curveball (or “grenade”) when Shawn, a Florida model who caught Jawahir’s attention, arrived. The model acknowledged right away that she tended to avoid serious relationships, and she reverted to previous behaviors when she decided to explore a flirtation with Shawn, even spending one night in his bed.

Finally, Lana forced Jawahir to select between a romantic supper with Nick and Shawn. Jawahir made Nick her choice after giving it some thought. She told him about her fear of being abandoned and how it caused her to push him away before he could damage her. “I am aware of my connection to you and am certain that it is genuine. I simply sense something when I look at you that I’ve never felt before. I was trying to force myself to leave you because I’m afraid” having told him.

Following the romantic supper, Jawahir and Nick joined the other two couples competing for the final $89,000 of the $200,000 prize pool. Jawa and Nick won the season thanks to the votes of the other competitors!

See Also: Brittan and James Were Together in “Too Hot to Handle.” Are They Still Together?

What Has Happened to Nick & Jawahir Since Too Hot To Handle?

When I first checked their social media accounts in early December, it surprised me that Nick didn’t follow Jawa on Instagram, despite the fact that she did and frequently responded with his pictures. He didn’t seem to follow many other cast members on social media, so the fact that he didn’t follow her wasn’t particularly odd. The other cast members’ photos, however, received comments and likes from Jawa, who also left a fire emoji on their thirst traps.

James Pendergrass, Seb Melrose, and even playboy Creed McKinnon hang around with the other men quite a bit.

Early in the spring of 2022, the episode was filmed, and by April, Nick and Jawahir were sharing photos from Bali, Indonesia. It can’t be a coincidence that they both ended up there just after earning all that money because they taped the show there, which is sufficiently far away. And it appears that they made good use of it. Nick, on the other hand, has recently posted selfies with lengthy, dramatic remarks that appear to be love poetry, and they are also really depressing. Around the time of the Season 4 debut, Jawa liked a post with the words “Chasing after love is like a curse, Holding on only makes it worse.” He seems to be experiencing a lot of emotions as a result of the season’s premiere, and it did seem as though he and Jawa had experienced something since their romantic journey around the world.

Sadly, that “something” appears to have been verified in an interview with Cosmopolitan on December 28 – and, yep, it’s a breakup. Jawahir explained her present relationship status to the magazine by saying she is “single and totally *not* ready to mingle.”

See Also: After “Too Hot to Handle,” Harry and Beaux Are They Still Together?

What Is the History of Actress Jennifer Coolidge from "The White Lotus" and Who Is She Married To? How Jonah Hill Has Dated Over the Years! 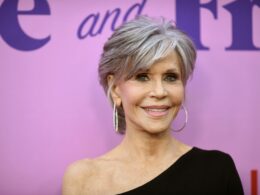 Is Pauly D. Still Dating Nikki? Will The Couple Get Married Soon?