Every time Clara Chia’s name makes headlines, it seems like we discover more about how long her relationship with Gerard Pique has been than typical.

According to several accounts, Shakira and Pique got into a fight over the issue because the Colombian singer was tired of the footballer’s fabrications.

Pique mentioned that he had just been dating Clara Chia for a little under six months. Shakira, however, discovered that Clara Chia and the man who was the father of her children had been having an affair for a while.

Clara Marti: Who Is She? All You Need To Know About Her

But Clara has a fan page that she has given permission for. There are numerous images of the beauty on this website, some of them dressed stylishly for the beach. 108 accounts, including those of Gerard Pique, Kosmos Studios, and Kosmos Company, are followed by her fan page.

Pique Visits His Parents With His New Girlfriend

Shakira is claimed to have been “devastated” by Gerard Pique of Barcelona bringing his new partner around to his parents’ house.

Jordi Martin, a paparazzi, claims that the Spanish superstar is intentionally upsetting his ex-partner. The 35-year-old is escorting Clara Chia Marti to locations where he knows the prominent worldwide popstar will see them or at the very least learn about their visit.

After more than ten years of marriage, the couple recently got divorced. They had two kids together. Martin claims that Pique brought his girlfriend to his parents’ home, which is next door to Shakira’s residence. The reporter exclaimed:

“Gerard Piqué visits his parents’ home, which is next door to Shakira’s home, in the afternoons with his new girlfriend. She is utterly devastated by this. The singer’s ability to see them together doesn’t bother the footballer.” “The worst time ever for Piqué and Shakira’s relationship is now. Piqué is currently seeking retaliation against Shakira. And he is carrying out that retaliation.”

Marca claims that Milan and Sasha’s custody arrangements between Shakira and Pique are only temporary. But there are still many points of contention on both sides over who will be permitted to keep the children permanently.

What Was The Reason For Shakira And Gerard Pique’s Separation?

After more than ten years of marriage, Pique and the Waka Waka hitmaker made their breakup public. Shakira asked for privacy as they navigated the situation in a statement she officially confirmed through her agent. “We are sorry to announce that we are splitting up. We ask that you respect our children’s privacy because it is our first responsibility to ensure their safety. Thank you for your understanding,” the statement read. According to a story in El Periodico, Shakira discovered Pique having an extramarital affair. After the Lovers On The Run star found him cheating, the football player reportedly spent a “long time staying alone in his own flat.”

Teen Mom OG Star: Are Ryan And Mackenzie Still Together? 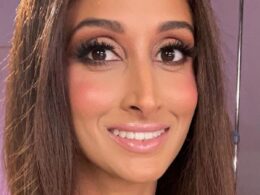 Anisha Ramakrishna Has Tied the Knot with Her Mystery Fiance 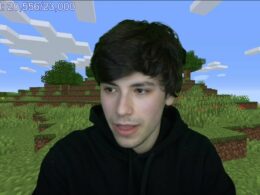 “Sarah Paulson and [Holland Taylor’s]: A Look at Their Love Story”