The breakup of Travis Kelce and Kayla Nicole is everywhere in the headlines, a tight end with the Kansas City Chiefs. For months their Instagram fans have been questioning their relationship status with each other. Now that their five-year relationship has ended, the two are no longer together.

Travis Kelce is said to be seeing entertainment writer and actress Zuri Hall after rumors surfaced last year that he had split from longtime girlfriend model-host Kayla Nicole.

The two have not yet shared any pictures or videos of one another on social media, according to reports that the relationship is still in its early stages.

Travis Kelce: Who Is He? In the NFL, Kelce plays tight end for the Kansas City Chiefs. He was chosen in the 2013 draft’s third round while attending the University of Cincinnati. It’s unheard of for a tight end to run the most receiving yards for his team in a season.

In 2020, the Ohio native led the Kansas City Chiefs to a Super Bowl LIV triumph over the San Francisco 49ers. He has participated in seven Pro Bowls and has positional marks for the most seasons with more than 1000 receiving yards and the most consecutive seasons with more than 1000 receiving yards. Kelce is a beloved player among Fantasy Football teams.

His career achievement is still expanding with no apparent limit in sight.

Also Read: Is Miley Cyrus Dating? Everything You Need To Know About Her Exes And Flings

Zuri Hall: Who Is She? Zuri Hall, who was born in Toledo, Ohio, began performing at a young age and attended Ohio State University on a full academic scholarship to get a minor in theater.

She then started working on local TV stations for lifestyle shows, both off-camera and on-camera. Until she went to New York City, she also emceed numerous athletic events and anchored the evening news. There, she worked for FUSE TV and later made appearances on VH1, E!, and MTV.

She has attempted acting in addition to her on-camera job in broadcasting, beginning with TV advertisements and progressing to cameo roles in shows like Apple TV’s The Morning Show, which also stars Jennifer Aniston and Steve Carrell. Travis Kelce wants to contribute to the Kansas City Chiefs’ 2023 Super Bowl victory. The Chiefs last appearance in the Super Bowl was in 2021 when they were defeated by the Tampa Bay Buccaneers. Travis had his longtime love, Kayla Nicole, in the audience supporting him during the game. The two, however, are no longer together. Travis is single and not dating anyone.

On The Pivot podcast in January 2023, Travis stated, “I’m in the free market right now. “I’m out there simply living my life and concentrating on my career. Outside of football, I’ve got my feet up.” Travis’ personal life is undoubtedly anything but straightforward, and over the years, his love relationships have garnered a lot of media attention.

In spite of the fact that there was never any official acknowledgment of a connection, he was in fact associated with journalist Zuri Hall in the fall of 2022. In 2016, Travis also made an appearance on a reality dating show, indicating that his romantic life has attracted attention. Revealing The ‘House Of The Dragon’ Star Milly Alcock’s Dating Life: Is She Dating Right Now? 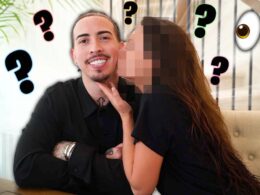 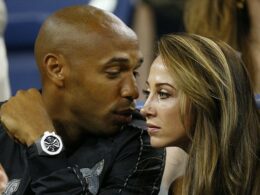