Beyoncé’s Fans Want Her to Announce Her Renaissance Tour in 2023!

Fans have been waiting for Beyonce to go on tour ever since she released her Renaissance album, and if speculations are to be believed, they believe the singer will host the global tour in 2023.

The last time fans could see Queen B sing some of her top songs live was during the Formation tour. People have been hoping to witness more of her performances ever since.

Although Beyonce has not officially confirmed these allegations, her supporters appear to be optimistic.

The first mention of Beyonce embarking on a tour appeared online when Page Six published an article on the subject on September 22. The source went on to say that the information has apparently been validated by other sources.

After that, on October 13, Hits Daily Double claimed that Beyonce was one of many musicians leaving on tour in 2023.

The singer hasn’t formally endorsed this, though.

Fans are optimistic, though, that something will be revealed shortly.

Anyhow, IDK who’s willing to accompany me, but I’m definitely going to at least ONE show on the @Beyonce#renaissance tour in 2023, one person said.

Another person said, “Wait! Will Beyonc perform all of her peppy songs with Renaissance when she goes on tour? Will Hip Hop Star & Radio be broadcast live in 2023?

The Singer’s Views on The Renaissance

Beyonce recently shared details about her upcoming album on Instagram. The singer claimed that despite the pandemic, the record served as a getaway for her by giving her a space to dream.

The singer of the famous song “Cuff It” continued by saying that she hoped to offer a safe space devoid of judgement through her new album.

“A place to be free of perfectionism and overthinking,” she remarked. A place where one can yell, let off steam, and experience liberation.

It was a “wonderful location journey of exploration,” Beyonce admitted.

In her final statement, she expressed her wish that the album will “make others feel as unique, strong, and sexy as you are.”

The singer acknowledged that the album is a three-part endeavour while discussing it.

What will be released in the following instalment and when are currently unknown.

What Makes "Thumbs Up" Offensive? The "Rude" Emoji Is Being Opposed by Gen Z 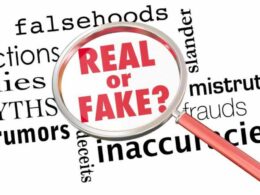