David Owen Russell (born August 20, 1958) is a film director, screenwriter, and producer from the United States. His early filmography includes the comedies Spanking the Monkey (1994), Flirting with Disaster (1996), Three Kings (1999), and I Heart Huckabees (2001). (2004). He achieved critical acclaim for his roles in the biographical sports drama The Fighter (2010), the romantic comedy-drama Silver Linings Playbook (2012), and the dark comedy crime film American Hustle (2013).

The three films were commercially successful a Read More :  The Kingsmen stirred up controversy with ‘Louie Louie’ !

In a 2000 interview with Playboy, George Clooney described his own experience working with Russell on 1999’s Three Kings as “truly, without exception, the worst experience of [his] life.” The actor revealed in the film that Russell’s abusive behaviour toward both crew and extras on set led to a physical altercation between the two. Clooney narrated the following events:

“It was a perilous time…

I went over and put my arm around him because I was trying to make things work. ‘David, it’s a big day,’ I said. ‘However, you cannot shove, push, or humiliate people who are unable to defend themselves.’ ‘Why don’t you just worry about your messed-up act?’ he said, turning on me. 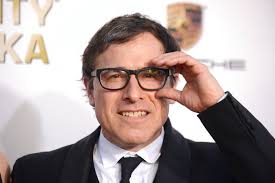 In a 2004 Premiere cover story, Clooney said, “Quite honestly, if he comes near me, I’ll sock him right in the fucking mouth.”

We Must Discuss David O. Russell

Taylor Swift has reportedly joined the cast of David O. Russell’s next film, to mixed reviews.

The cast of this untitled project already included Margot Robbie, Anya Taylor-Joy, John David Washington, Zoe Saldana, Rami Malek, Robert DeNiro, Christian Bale, and a slew of other A-listers. However, news of Swift’s casting seemed to be the tipping point for many fans, who are wondering why she would work with such a well-known bully—a man who is nearly as well-known for his abusive onset behaviour as he is for his films.

Russell’s behaviour first came to the attention of the general public years ago, when a video of him exploding at Lily Tomlin on the set of I Heart Huckabees went viral. The video shows the two arguing about the choreography in a scene before cutting to Russell screaming profanities, calling Tomlin a bitch and a c**t, and throwing things, some of which hit a crew member, who then cowered in the corner before running out.

Russell did not direct another film for six years after Huckabees. It’s unclear whether the video played a role in this (the film’s poor box office performance could have been a factor), but it wouldn’t be surprising. The behaviour on display in that video should not be tolerated from any boss, but it was far from the first or last time he engaged in that kind of obvious abuse, according to those who have worked with him over the years.

David O. Russell’s abuse allegations resurface as stars such as Taylor Swift and Margot Robbie line up to appear in his new film.

David O. Russell is well-known for his work on prestigious films such as Silver Linings Playbook and American Hustle, in which he collaborated with a slew of A-list actors. He does, however, have a long history of abuse allegations. These range from allegations of physical violence and bullying directed at celebrities such as George Clooney and Amy Adams to a sexual assault allegation made by his niece. Nonetheless, many well-known actors are lining up to appear in his next project.

Margot Robbie, Taylor Swift, Anya Taylor-Joy, Christian Bale, John David Washington, and Rami Malek will all appear in Russell’s next film. The title and concept of the film have yet to be revealed, but it features an all-star cast for his first major project since 2015’s Joy, which starred Jennifer Lawrence. As a result, people are beginning to wonder why these actors are so eager to work with Russell, given his well-documented history of violence and abuse.

David Owen Russell (born August 20, 1958) is an American film director, screenwriter, and producer. Spanking the Monkey (1994), Flirting with Disaster (1996), Three Kings (1999), and I Heart Huckabees (2001) are among his early films (2004). His performances in the biographical sports drama The Fighter (2010), the romantic comedy-drama Silver Linings Playbook (2012), and the dark comedy crime film American Hustle earned him critical acclaim (2013). Russell received three Academy Award nominations for Best Director, as well as nominations for Best Adapted Screenplay for Silver Linings Playbook and Best Original Screenplay for American Hustle, for the three films. Russell was nominated for his seventh Golden Globe for the semi-biographical comedy-drama Joy (2015)