Ellen DeGeneres as born January 26, 1958 is an American comedian, television host, actress, writer, and producer. She starred in the sitcom Ellen from 1994 to 1998

Her stand-up career began in the early 1980s, with an appearance on Johnny Carson’s Tonight Show in 1986. As a film actress, DeGeneres appeared in Mr. Wrong (1996), EDtv (1999), and The Love Letter (1999), as well as providing the voice of Dory in the Disney/Pixar animated films Finding Nemo (2003) and Finding Dory (2016); for Nemo, she won the Saturn Award for Best Supporting Actress, marking the first time an actress won the award for a voice performance. On the ninth season of American Idol in 2010, she was a judge. Ellen, from 1994 to 1998, and The Ellen Show, from 2001 to 2002, were two of her television sitcoms. In an appearance on The Oprah Winfrey Show during the fourth season of Ellen in 1997, she came out as lesbian. Ellen Morgan, her character, came out to a therapist played by Winfrey, and the show went on to explore various LGBT issues, including the coming-out process. She married Portia de Rossi, a longtime girlfriend, in 2008.

Read More: There Will Always Be Controversy Surrounding Floyd Mayweather !

Kindness, dancing, and friendly celebrity interviews have helped Ellen DeGeneres build a public talk-show reputation. According to Variety, however, allegations of an allegedly toxic workplace culture at The Ellen DeGeneres Show prompted WarnerMedia to launch an internal investigation. 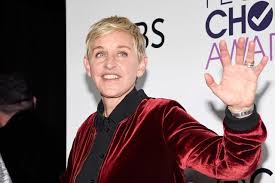 Variety reported that the show’s production company (Telepictures) and distributor (Warner Bros. Television) “sent a memo to staffers…stating that they have engaged WBTV-owner WarnerMedia‘s employee-relations group and a third-party firm, who will interview current and former staffers about their experiences on set,” according to sources who spoke to the outlet. A representative for Warner Bros. Television declined to comment for Variety’s story, and another representative for The Ellen DeGeneres Show did not respond to a similar request.

What’s Up With Ellen DeGeneres?

Ellen DeGeneres is one of the most well-known, well-liked, and well-liked television personalities in the United States. She rose to prominence as an actor on her sitcom Ellen in the early 1990s, as well as for publicly coming out as gay on Oprah Winfrey’s show and then on the front cover of Time magazine, which was a rare and inspiring move at the time. She now runs a media empire, the centerpiece of which is a weekday talk show with A-List guests ranging from Leonardo DiCaprio to Kim Kardashian West, many of whom are close friends of DeGeneres’. She was honoured with the Carol Burnett lifetime achievement award at the 2020 Golden Globes, and Barack Obama bestowed the presidential medal of freedom on the 62-year-old in 2016.

Ellen DeGeneres claims that a toxic workplace scandal “devastated” her, but that isn’t why she’s ending her show.

Ellen DeGeneres announced on Wednesday that her talk show will end after the upcoming 19th season, months after the show became embroiled in a toxicity scandal.

However, DeGeneres stated in an interview with The Hollywood Reporter that the scandal was not the reason for the show’s cancellation. 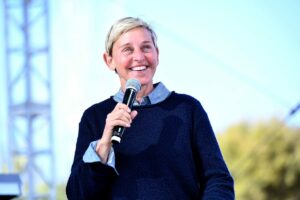 She considered ending the hit show after its 16th season, but instead signed a three-year contract, bringing her to the 19th and final season.

“We [agreed] on three more years, and I knew that was it. All along, that was the plan. ‘You know, that’ll be 19, don’t you want to just go to 20?’ everyone kept saying, even after I signed. ‘It’s an excellent figure.’ Isn’t it? “she expressed herself.

Issues in the workplace are being reported . BuzzFeed News published a report in mid-July that included stories from current and former Ellen employees who claimed they were mistreated while working on the show. (Everyone requested anonymity. 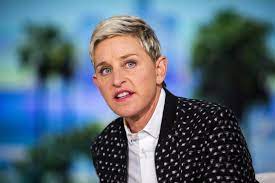 “When the cameras are on, that ‘be kind’ nonsense only occurs.” A former employee told BuzzFeed that “it’s all for show.” “I know they help people out and give money to them, but it’s all for show.” Microaggressions and racist remarks, including remarking on her box braids, were reportedly experienced by one Black woman. She also claimed that at a work party, one of Ellen’s senior writers mistook her for another Black employee and said, “I’m sorry, I only know the names of the white people who work here.”