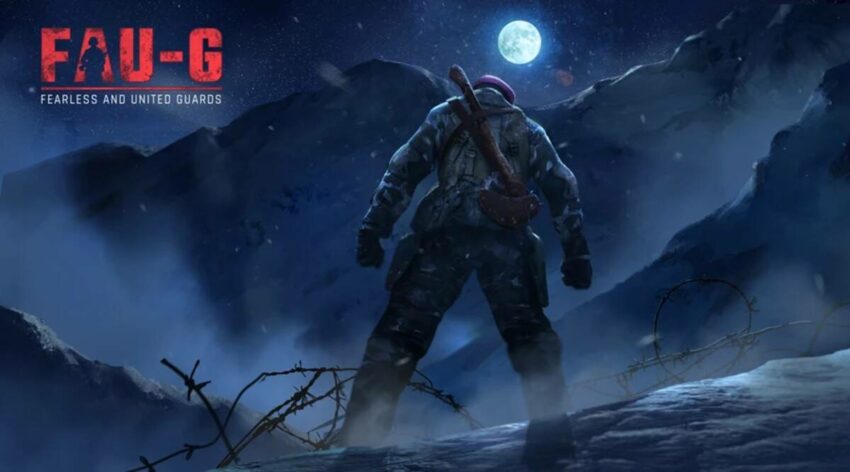 The game developed by Bengaluru’s nCORE Games is called Fearless and United Guards (abbreviated FAU-G or FAUG). On January 26th, 2021, the Android version was made available to the public, and on March 1st, 2021, the iOS version was published.

The game’s brand ambassador is Bollywood actor Akshay Kumar, who also serves as a coach in the development process.

On September 4, 2020, Akshay Kumar made the first public announcement of the game via his social media channels. According to Vishal Gondal, the game has been in development since May 2020, and developers were hired to work on it before the Indian ban on PUBG Mobile was put in place. Gondal indicated that FAU-G would not be competing with PUBG and that it would not be a battle royale. 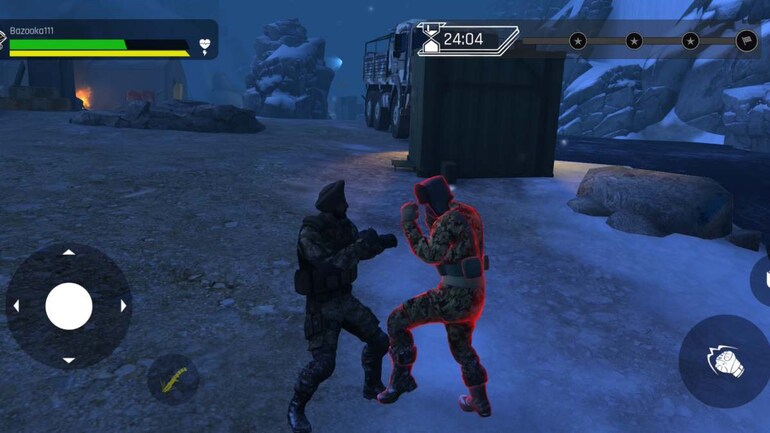 Akshay Kumar claimed that it was made to support the AtmaNirbhar Bharat Movement of Indian Prime Minister Narendra Modi and that 20% of the game’s net profits would be donated to the Bharat Ke Veer trust, a collaborative effort to support the families of Indian military personnel.

For good reason, FAU-G is one of the most anticipated games in India right now. The action-adventure game “Make in India” is based on actual occurrences that occurred within the borders of India. It has an in-game shop where you can buy Indian Army-themed products and make a donation. It even has its own anthem, which is sung in the background.

In honor of India’s 72nd Republic Day on January 26, FAU-G was released and we gave it a try, playing it for some time. The following is a comprehensive analysis of FAU-G. 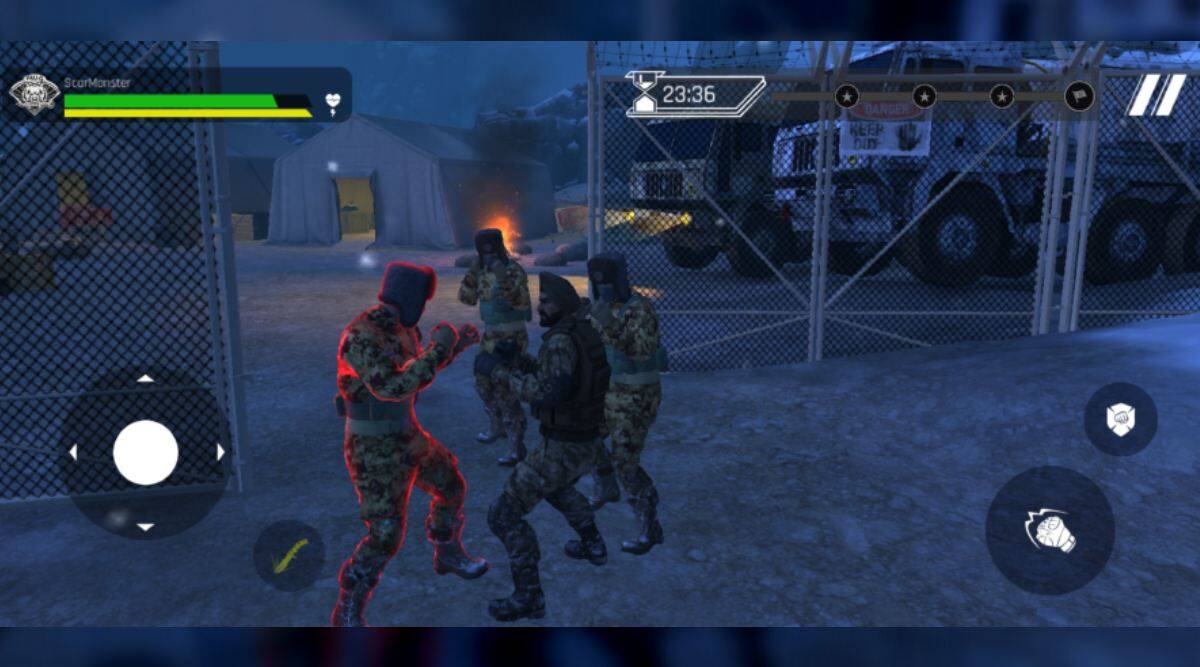 As of right now, FAU-G is a close-combat game, contrary to popular opinion. Handcrafted weapons like the ‘Lalkaar’ and ‘Tandav’ earn their own names, but most of the fighting is done with fists and kicks. In contrast to PUBG and other action games, which place more focus on shooting, this makes it stand out.

We’ll concentrate on the single-player campaign mode, which is the sole mode that can be played. Team Death and Battle Royale modes are yet to be included in the game.

As you progress through the game, you’ll encounter a slew of opponents who will get in your way. For the time being, the gameplay is limited to mobility, striking, and defending. You can’t jump or hurl weapons as you can in other games. Because of this, we had the impression that the game was becoming increasingly repetitive. After the introduction of hand-held weaponry, there is nothing new to experiment with. You can regain health by sitting near bonfires at certain checkpoints. In order to regain health, players can return to an earlier bonfire checkpoint, however, this isn’t necessary because the checkpoints are sequential. Using this workaround, you’ll be able to proceed to every new checkpoint with a full health bar, regardless of whether the previous checkpoint contained a bonfire or not.

After the first few missions, many opponents begin to attack each other instead of waiting for their turn. This presents a hurdle in the following levels. It’s easy to advance if you use simple tactics like going towards the opponent with a weapon first and then using that weapon to take out others.

The only other thing to watch out for is the ticking timer in the upper right corner. If you fail to meet the time constraints, the mission will automatically fail and restart from the last checkpoint. This game’s three-button fighting system has a lot of opportunity for development, especially when it comes to the use of hand-held weapons. These adversaries’ weapons will only last for a few blows until they are gone.

That weapon is only good for so many hits and cannot be replenished even if they are there in front of you was extremely aggravating, even though this was an interesting challenge. As a result, players will be forced to hunt down other foes, use up the weapon’s remaining strikes, and then return to pick up a new one. This also took a lot of time.

Similar to many other games, picking up weaponry is as simple as stepping over them. We found it nearly tough to pick up weapons in the middle of a fight or to go from weapons to fist and back again. In addition, using the analog control on the left to swap between adversaries while fighting is quite difficult, since the player frequently appears to punch and attack only those closest to him, regardless of the direction you want to send him in.

When an enemy is poised to attack, you’ll see a red light appear, giving you the opportunity to hit them before they strike. In most circumstances, the “defend” button is ineffective. While the game does not currently feature a counter-attack mechanic, the addition of one would have been a nice addition here.

Additionally, the lack of variety is palpable. There are countless instances where your character is battling the same types of enemies in the same locations using identical techniques. There isn’t much else to do in the game apart from changing the skins of the characters and weapons.

Graphics As Well As The Story Plot 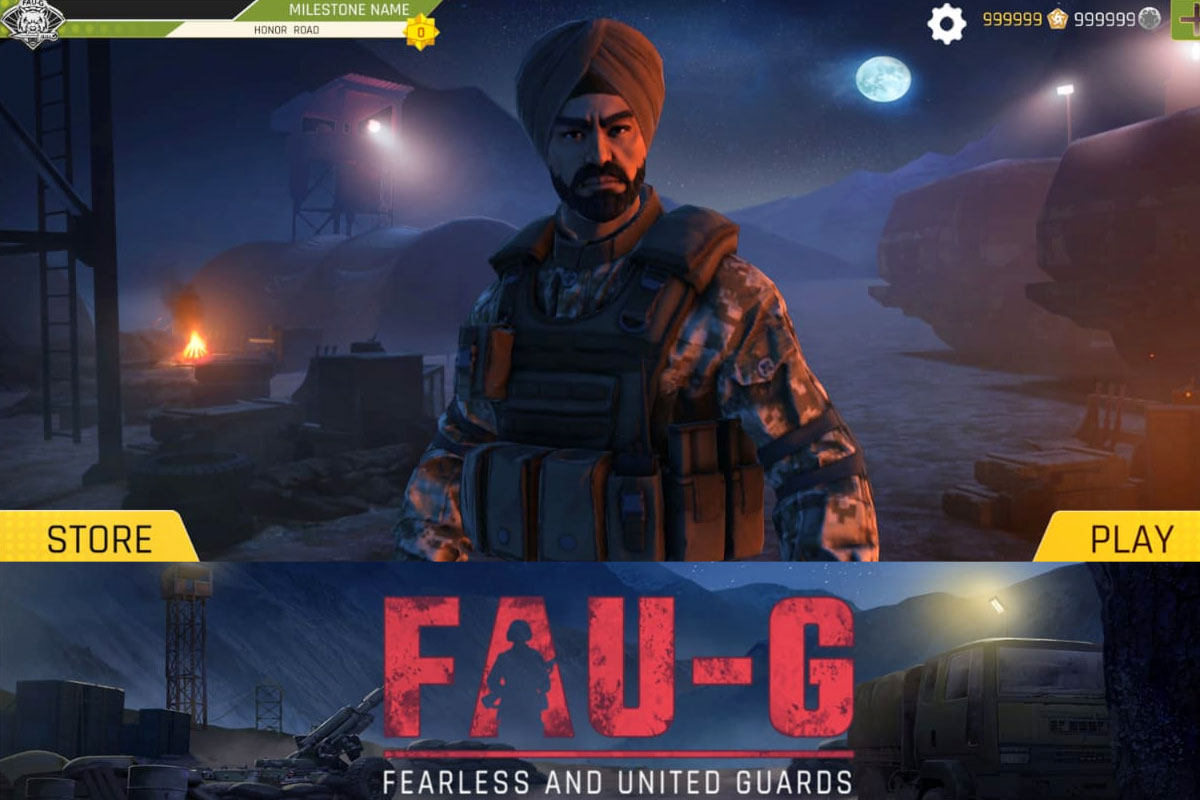 Cutscenes in the game are sometimes abrupt and unpredictable, and this will become increasingly apparent to players as they progress. It is possible to skip the animated cutscenes, which are rather lengthy. There are motivational slogans like “Apne Bhaiyo Ko Bachana Mera Farz Hai” that are good in the beginning, but soon become redundant after a while.

Although the game just takes up a little more than half a gigabyte to download, the graphics are quite outstanding. OnePlus Nord with Android’s highest graphic settings was used, and we were pleasantly surprised by the game’s improved details and continuously smooth performance. In contrast to gameplay, the aesthetics provide the impression of a clean and fluid title.

Store In The Game

In addition, FAU-G has an in-game shop. Exclusive items and in-game coins are available for purchase here, which can be used to purchase player skins and weapon skins. The Bharat Ke Veer foundation receives 20% of the money you spend here. You can also earn coins by watching advertisements.

A fantastic execution, but the skins available for purchase are rather restricted at this time. As more forms of play become accessible, we may expect to see more items in the store.

FAU-G has been a bumpy ride for us. The visuals and smoothness of the game are impressive, but the combat and gaming mechanics are lacking and boring. As a whole, we found the game to be largely unsatisfying and tedious.

The game isn’t half-baked, but the real fighting in FAU-G requires more attention and polish before it can be enjoyed by players for more than the first 30 minutes or so.