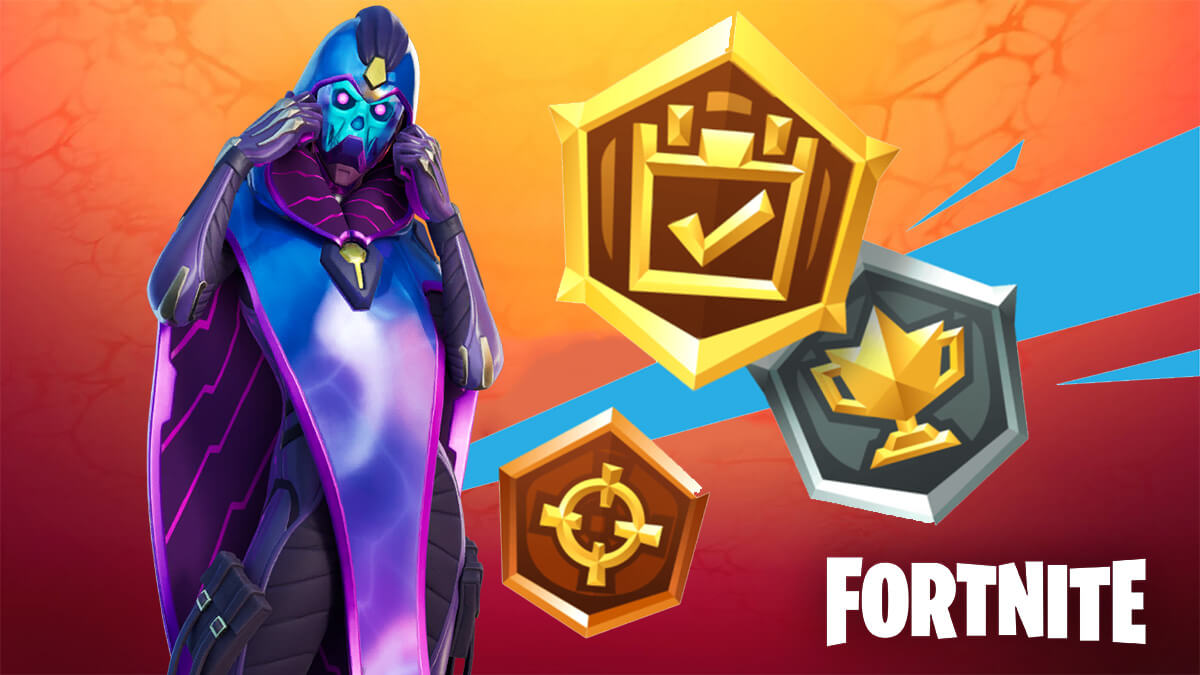 Epic Games released Fortnite, an online battle royale game, in 2017. In addition to three separate game modes, the game engine and gameplay are all the same. 100 players battle it out in Fortnite Battle Royale, a free-to-play battle royale shooter. Together, up to four players fight zombie-like creatures and defend items with traps and fortifications they can build in Fortnite: Save the World, and in Fortnite Creative, players are given total freedom to design worlds and fight arenas.

The early access versions of Save the World, Battle Royale, and Creative were launched in 2017; Creative was released on December 6, 2018. In less than a year, Fortnite Battle Royale drew more than 125 million players and generated hundreds of millions of dollars in revenue, despite Epic Games’ success with Save the World and Creative modes. Until the end of 2019, Fortnite grossed $9 billion in gross revenue.

Are there any important changes that you should be aware of?

Players can now level up their Battle Pass and gain XP by using punchcards in Fortnite Chapter 2 Season 8. Here’s how to finish all of the Punchcards you’ve already completed.

For the next Season 8, the Cubes have already left their mark on the Fortnite landscape, and players can’t wait to see what the next few months have in store for their favorite battle royale.

For this season’s Battle Pass, there are new weapons, a new map, and a crossover with Marvel villain Carnage. Players will be seeking the quickest method to level up their Battle Pass.

The previous Legendary and Epic weekly tasks have been replaced by Punchcards, which are a great way for players to keep earning experience points.

When will new Fortnite punchcards be available?

It’s also possible for players to get some experience by completing their daily punchcard. Every day at 10 a.m. EST (7 a.m. PT; 3 p.m. BST), the Daily punchcard is refreshed. Three 17K XP tasks are given to players each day in the form of daily punchcards.

The current weekly challenges on the punchcard 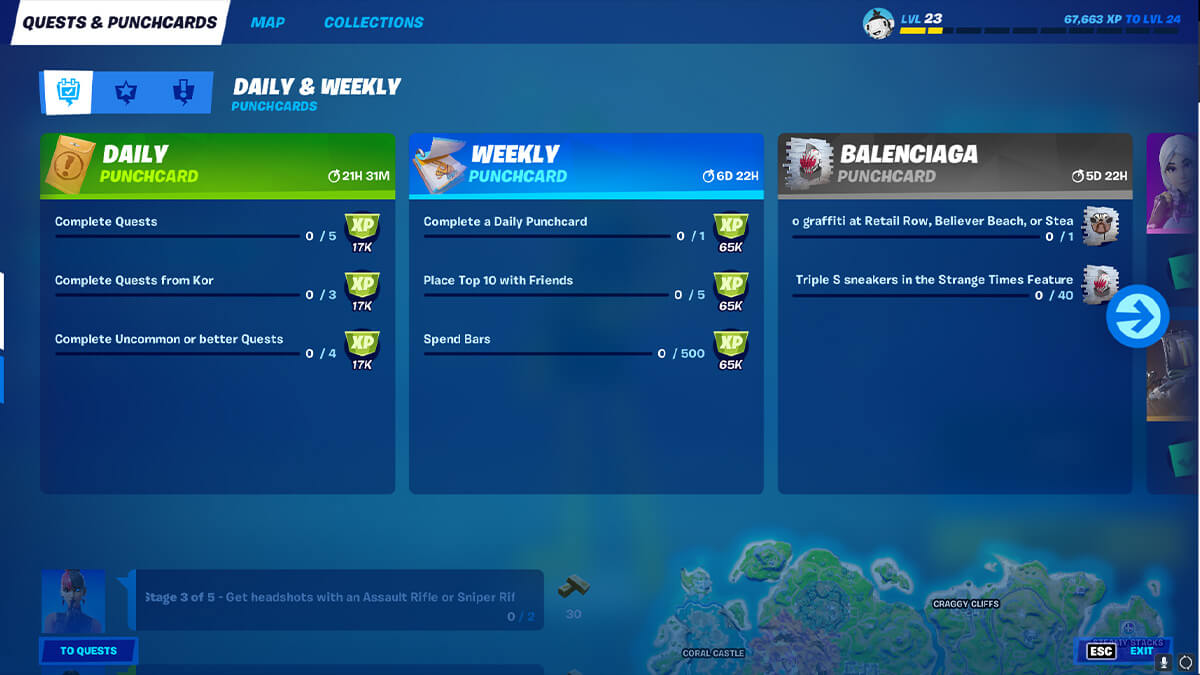 Completing character punchcards can also net players a significant amount of experience points. Players can earn XP by completing five different challenges for each character. XP is awarded for completing these challenges only the first time.

Season 8’s map presently features 16 characters. Players can earn a total of 1.28 million XP from each one, which equates to 80K XP. The following is a comprehensive list of the characters and quests that can currently be completed by players.

As Season 8 progresses, there will be more NPCs to meet. NPCs and character punchcards are presently the sole options for players to interact within the game. In the future, we’ll be updating this list to include new characters as well as new challenges.

Finding and interacting with the folks on the island is the first step in starting these questlines. The whereabouts of all 16 characters are shown on the map below. (Map courtesy of Fortnite.gg) 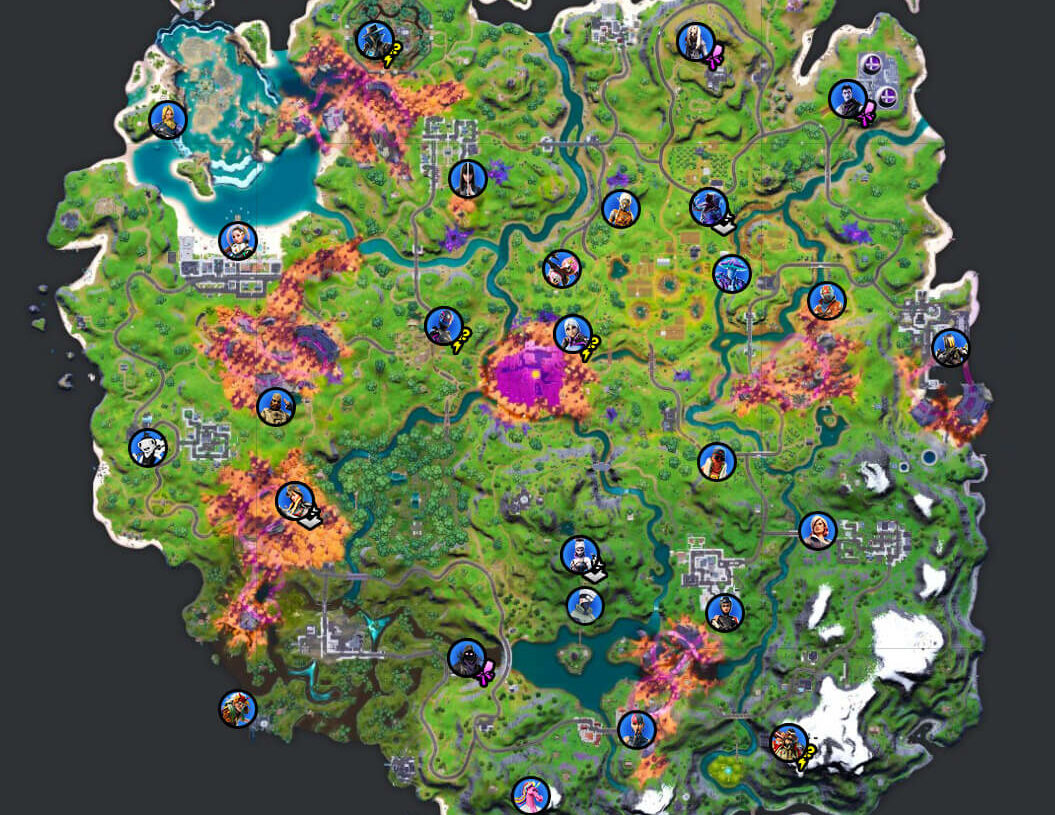 In addition, players can avoid having to interact with people in person by dialing a number like “Payphone”. For the first time ever, you can take on Fortnite punchcard challenges from players you’ve never met before. Payphones, on the other hand, include a random selection of characters.

Every Payphone in Season 8 of Fortnite can be found on this map. 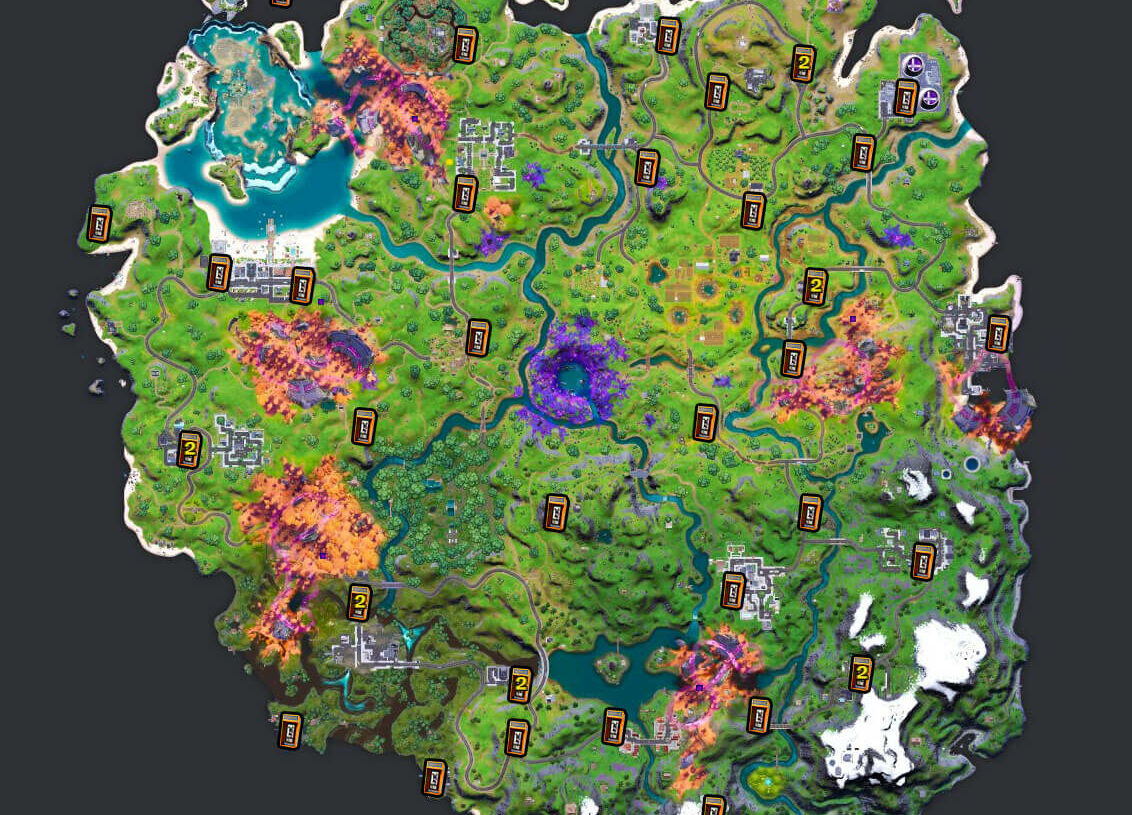 This is all we know about Fortnite’s punchcard challenges as of right now. Make sure to check back frequently for more information.