O’Shea Jackson Sr. (born June 15, 1969) is an American rapper, actor, and filmmaker best known by his stage name Ice Cube.  His political rap solo albums AmeriKKKa’s Most Wanted (1990), Death Certificate (1991), and The Predator (1992) were critically and commercially successful, and his lyrics on N.W. 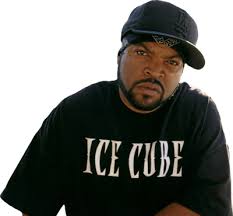 A’s 1988 album Straight Outta Compton contributed to gangsta rap’s widespread popularity.  Since the early 1990s, he has also pursued a film career. As a member of N.W.A, he was inducted into the Rock and Roll Hall of Fame in 2016.

Read More : The Kingsmen stirred up controversy with ‘Louie Louie’ !

In 1987, he formed the groundbreaking gangsta rap group N.W.A. with Eazy-E and Dr. Dre.

He wrote some of Dre’s and most of Eazy’s lyrics on Straight Outta Compton as the group’s lead rapper, a seminal album that helped to define West Coast hip hop’s early identity and set it apart from East Coast rap.  N.W.A was also known for their violent lyrics, which threatened to attack both abusive cops and unarmed civilians, causing controversy. Cube left N.W.A in late 1989, teaming up with New York artists and launching a solo rap career, following a monetary dispute between Eazy-E and Jerry Heller over the group’s management. 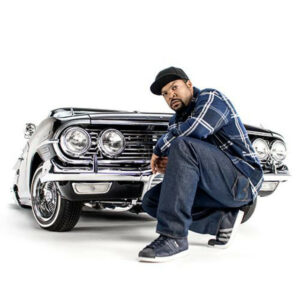 Ice Cube made his film debut as Doughboy in director John Singleton’s feature debut Boyz n the Hood, a 1991 drama based on Ice Cube’s 1987 rap song[2].

Ice Cube also wrote and starred in the 1995 comedy film Friday, which launched a successful franchise and transformed his image into a bankable film star.

The Players Club, which he directed in 1998, was his directorial debut. He has appeared in approximately 40 films as of 2020, including the 1999 war comedy Three Kings, family comedies such as the Barbershop series, and buddy cop comedies 21 Jump Street, 22 Jump Street, and Ride Along. Many of these films, as well as the 2015 biopic Straight Outta Compton, had him as an executive producer.

Faced with backlash, Ice Cube defends his role as a Trump administration adviser.

Ice Cube is facing backlash after it was revealed this week by a senior Trump adviser that the rapper has been working with the president on his “promise to Black America.” As the backlash grows, he claims that his upcoming appearance on CNN’s “Cuomo Prime Time” has been canceled.

Ice Cube, on the other hand, insists that his allegiance is sole to the Black community. In July, he released his Contract With Black America, in which he calls for police reform, affirmative action in education, the abolition of private prisons, marijuana decriminalization, and the repeal of mandatory minimum sentences, among other things.

The N.W.A. star, who has long been a vocal critic of Trump, defended his decision to work with the White House on Wednesday and Thursday, claiming that “Black progress is a bipartisan issue” and that “speaking truth to power is part of the process.”

Ice Cube has been chastised for collaborating with the Trump administration.

Ice Cube, the rapper, previously stated that he would never support Donald Trump. And, while it’s not an endorsement, the rapper has made headlines this week for collaborating with President Obama on his plan for Black America.

On Wednesday, Cube confirmed and defended his position, tweeting that after speaking with him about his Contract With Black America, a plan he released earlier this year to address racial inequality, the Trump campaign made changes to “their plan,” while Democrats said they would wait until after the election.
Ice Cube tweeted, “Every side is the Darkside for us here in America,” defending his work with Trump. “Until something changes for us, they’re all the same. They all lie and cheat, but we can’t afford not to negotiate with whoever is in power; otherwise, our country’s situation will remain unchanged. Justice is a bipartisan issue in our country.” 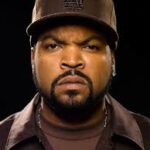 Cube responded by portraying himself as a political maverick unafraid to go against the grain after news of his apparent alliance with Trump’s anti-Black political empire sparked outrage and confusion on Black Twitter. Cube said he is willing to work with people on both sides of the aisle in an interview with CNN’s Chris Cuomo. “I’m not playing any more political games,” Cube said, explaining that “we’re not part of a team.” “So I’m going to whoever’s in power and I’m going to speak to them about our problems, specifically,” Cube said, referring to Black Americans. “I’m not going in there talking about minorities, people of color, diversity, or anything like that. I’m going there to support descendants of slaves who are Black Americans.” 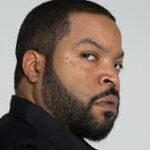 “Leaders going to lead, haters going to hate,” Trump adviser Katrina Pierson said the day before, thanking him for his “willingness to step up and work with @realDonald Trump Administration to help develop the #PlatinumPlan.”Many people were outraged by Pierson’s tweet, believing Ice Cube had betrayed them. Ice Cube is known for fighting white supremacy through his music, including his 2018 single “Arrest the President” and, of course, N.W.A.’s seminal “F— tha Police” protesting police brutality.