Richard Berry wrote and composed the rhythm and blues song “Louie Louie” in 1955, and it was released in 1957. It is best known for the Kingsmen’s 1963 hit version, which has become a pop and rock standard. 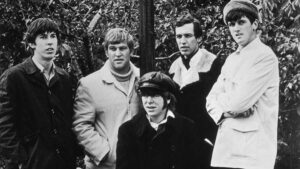 The song is based on the bandleader René Touzet’s tune “El Loco Cha Cha,” and it is an example of Afro-Cuban influence on American popular music.

Read More : The Controversial Contributions Sen. Orrin Hatch Made To The Health Care System In America

“Louie Louie” tells the first-person story of a Jamaican sailor returning to the island to see his lover.

The impact of “Louie Louie” on the history of rock and roll has been recognised by organisations and publications all over the world. The Rock and Roll Hall of Fame, the Grammy Hall of Fame, National Public Radio, VH1, Rolling Stone Magazine, the National Endowment for the Arts, and the Recording Industry Association of America are among those on a partial list (see Recognition and Rankings table below). The annual Louie Louie Parade in Philadelphia from 1985 to 1989; the LouieFest in Tacoma from 2003 to 2012; the ongoing annual Louie Louie Street Party in Peoria; and the unsuccessful attempt in 1985 to make it the state song of Washington are all examples of the song’s legacy.

“Louie Louie” laid the groundwork for future generations of garage rock. It’s also one of the most unnecessarily divisive songs in rock history. The Kingsmen then released their classic record on August 8, 1963. 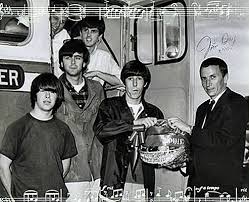 “Louie Louie” was a minor hit in the Pacific Northwest when it was first released in 1957 as a Caribbean-inflected R&B cut by songwriter Richard Berry about a sailor returning home to see his woman.

The band recorded the song in one take (for $36), with Jack Ely singing into a microphone suspended high in the ceiling, forcing him to lean back and yell to be heard above the other instruments. As a result, his voice was slurred and difficult to understand.

The ragged and sloppy three-chord record “Louie Louie” was released with little fanfare at first, but then popular Boston DJ Arnie Ginsburg heard it and played it during his “Worst Record of the Week” segment. Despite the label, the song was an instant hit with his listeners and quickly spread across the country.

“I can’t include the lyrics in this letter because they’re so filthy.”

Dreyfuss is correct: the song is entertaining. However, having a good time isn’t usually enough to keep a song alive for 55 years. Other factors also played a role. In addition to being a fun song to listen to, a concerned parent’s decision to contact the FBI about the lyrics of “Louie Louie” helped to generate enough controversy to keep the song in the public consciousness for many years. 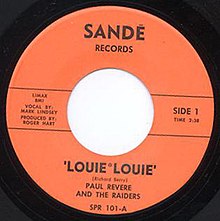 After hearing that “Louie Louie” had been banned from some radio stations, the unnamed father set out to figure out what the hell The Kingsmen were singing about. After repeated listens, he believed he heard depraved, vulgar lyrics coming from his stereo system, so he contacted Attorney General Robert F. Kennedy, prompting a multi-year FBI investigation.

Whether you like it or not, you’re familiar with The Kingsmen’s rendition of “Louie Louie.” “Louie Louie,” an irritating catchy-as-hell exercise in musical ineptitude, has long been a staple at weddings and other family-friendly gatherings. Despite its sloppy instrumentation and incomprehensible singing, The Kingsmen’s hit has endured in a way that few songs have since it was recorded for $50 in a small Portland, Oregon studio in 1963.

What is it about this particular version that attracts so many fans? It’s difficult to pinpoint the exact reasons, as well-known groups like The Beach Boys and The Beatles covered the song but, despite their fame, couldn’t match The Kingsmen’s magic. 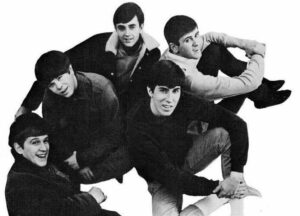 In the 1995 film Mr. Holland’s Opus, Richard Dreyfuss provides some excellent analysis of why the song resonates with listeners. He tells a discouraged student that music is more than “notes on a page” and puts “Louie Louie” on the record player as he tries to persuade her not to quit band. “They can’t sing, and they have absolutely no harmonics,” he says as the record plays in the background. They’re constantly repeating the same chords. And I think it’s fantastic. “Do you think so?” When Dreyfuss asks why, the student admits she does, and she says, “because it’s fun.”