Ana de Armas, known for roles in films including Knives Out, Blade Runner 2049, No Time to Die, and The Gray Man, is quickly gaining popularity among moviegoers.

She just received praise from the critics for what may be her most important part to date.

The historical psychological drama film Blonde, directed by Andrew Dominik, is a film version of Joyce Carol Oates’ 2000 book of the same name.

Let’s talk about the Blonde Netflix release date since it’s currently generating a lot of hype.

On September 8th, it had its world premiere at the 79th Venice International Film Festival.

Who stars in the Blonde cast?

The main cast members and their corresponding roles are listed below:

Like Citizen Kane and Raging Bull Had a Baby Daughter

The movie’s director recently discussed the endeavor in an interview with Collider:

Blonde’s entire premise was to describe a childhood drama and then demonstrate how that drama divides people into a public and private personalities. And how the grownup views the world through the prism of that drama from childhood.

It’s sort of a tale about a person whose conscience overpowers her rational view of reality, and it makes use of Marilyn Monroe iconography, he continued.

He added that it was “like Raging Bull and Citizen Kane had a baby girl.”

My Dress Up Darling Season 2: The Production of a Sequel Anime Has Been Confirmed 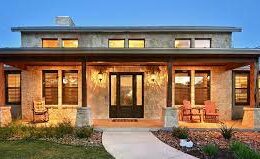