Argentina’s national men’s football team, commonly known as La Albiceleste, has appeared in five World Cup finals. It is one of the few teams to have won the world cup at least once. Having produced superstars like Diego Maradona and Lionel Messi, Argentina has produced some of football’s greatest players ever.

Argentina is one of the most successful teams in South America and the World. The team has won two world cup titles, both in 1978 and 1986, and has lost in the finals three times in 1930 and 1990, with the most recent in 2014. In addition, the team qualified for all except four World Cup tournaments.

The team participated in the first World Cup tournament in Uruguay and reached the finals, losing to the home side 4-2.

As hosts in 1978, Argentina hosted the nation’s first FIFA World Cup, led by the tournament’s top goal scorer Mario Kempes, who was at the time playing for Valencia in Spain.

Argentines woke up early to watch the team’s opening match in Qatar against Saudi Arabia. It was widely seen as an easy win. But the world was shocked at Argentina’s 2-1 loss. As a result, Argentina lost their opening game of the 2022 Qatar World Cup to Saudi Arabia, ending their 36-game unbeaten streak. This will probably go down as one of the historic upsets in the world cup by Saudi Arabia, who, up until now, was seen as an unimpressive contender.

It is also the first time Argentina has lost a game in which Lionel Messi has scored since 2009 against Spain. According to a data company, Saudi Arabia’s victory over Argentina is one the greatest upset in World Cup history.

The early debacle made the match against Mexico at the Lusail Stadium a must-win encounter for Lionel Messi, and the team delivered

After resolute resistance from Mexico for almost an hour, thanks to the brilliance of Messi, who scored a goal and also provided an assist, Argentina battled to a 2-0 finish over Mexico to keep their World Cup hope alive.

The 2-0 win definitely wasn’t pretty, with Argentina struggling to create clear-cut chances against a stubborn Mexico team that offered little attacking threat. However, Messi came to the rescue just after the hour mark to save his team, as he has done on countless occasions, finding the bottom corner of the net with a thumping strike from outside the box.

Just 19 minutes into the second half, Messi received a pass from Angel di Maria which he drilled past the Mexican goalkeeper. A long-range, low shot from Lionel Messi finally gave Argentina the important lead, and Enzo Fernandez capped off a 2-0 victory with a late screamer.

If Argentina had lost their last Group C match against Poland, their campaign at the FIFA World Cup 2022 would have ended regardless of what happened in the other match between Mexico and Saudi Arabia. But thanks to the second-half goals from Mac Allister and Julian Alvarez sending them through as group winners despite Lionel Messi’s penalty miss in the first half.

Lionel Messi has never won a FIFA World Cup. It is the only major international trophy available to him that he has not won in his entire career, and the 2022 World cup will probably be his last chance.

Messi was missing a major international trophy for a long time. Having won it all at the club level, he still needed to win with Argentina. However, that changed in 2021 when Argentina won the Copa America by beating Brazil in the final. Lionel Messi finished as the tournament’s joint-top scorer and won the contest’s best player award.

Since their captain, superstar Lionel Messi, led them to the Copa America win last year, expectations have been mounting that the country might finally clinch its third World Cup after years of disappointments.

Even after their 2-1 defeat to Saudi Arabia on November 22, Argentina remains the bookmakers’ favourite to win the FIFA World Cup 2022. Even if Saudi Arabia’s victory is stunning, it doesn’t significantly affect Argentina’s prospects of winning the championship after winning the last two matches of the group stage.

Imagine seeing moments like this, ‘live’ in action? You can buy tickets to the biggest sporting events around the world with Vivaseats.

Fans on Twitter Can't Believe the Claims that Jack Harlow and Dua Lipa Are Dating! 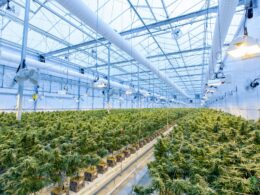 Is It Legal to Grow Cannabis in Illinois 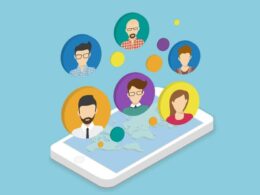 Some Olden Titles for Your Enjoyment 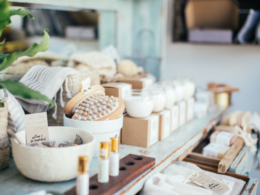 How do I choose the best skincare product that is best for me? 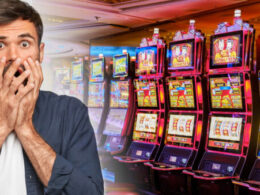