Over-ear headphones, earbuds, and wireless earbuds are all types of Sony headphones that might be considered among the best. Since there are so many options, it’s reasonable to assume that many of the finest headphones on the market today are manufactured by Sony. However, it might get complicated because of the wide variety of designs, makes, and prices available. For this reason, we have compiled this information to assist you in making the best choice.

You will be blown away by the superior sound quality and robust functionality of several models of Sony headphones. Among these are the Sony WF-1000XM4 earphones, which are our top pick for the best truly wireless earbuds in 2022. Sony’s over-ear headphones are the same. The Sony WH-1000XM4 headphones, for example, are one of many Sony over-ear versions that excel in noise cancellation, sound quality, and wireless convenience.

The good news is that headphones and earbuds from Sony don’t have to break the bank. If you’re on a tight budget or just want a second set of headphones to use at the office or the gym, even the cheapest Sony headphones on the market today are excellent picks.

Check out our comprehensive list of the best Sony headphones and earbuds that we’ve tested, reviewed, and graded over the past few years, whether you’re shopping on a budget or for audiophile quality.

A Look At Sony’s Finest Headphones Of 2022 The Sony WH-1000XM4 are wireless headphones that have impressive noise reduction and surprisingly high sound quality.

Despite looking quite similar to its predecessor, the Sony WH-1000XM3, the WH-1000XM4 manages to outclass its competition thanks to a number of innovative new features including as multipoint pairing, DSEE Extreme upscaling, conversational awareness, and auto-play/pause using a built-in sensor.

The Sony WH-1000XM4 wireless noise-canceling headphones are fantastic in every way. Their state-of-the-art noise canceling and codec compatibility ensures that you get the best possible experience.

In addition to the aforementioned improvements, the Sony WH-1000XM4 also features compatibility for Sony’s 360 Reality Audio format, which enables spatial audio on stereo headphones, as well as the LDAC codec, which can send a bitrate of up to 990 kbps. Unfortunately, they no longer support aptX or aptX HD, thus your experience with Hi-Res Audio may differ depending on your device. 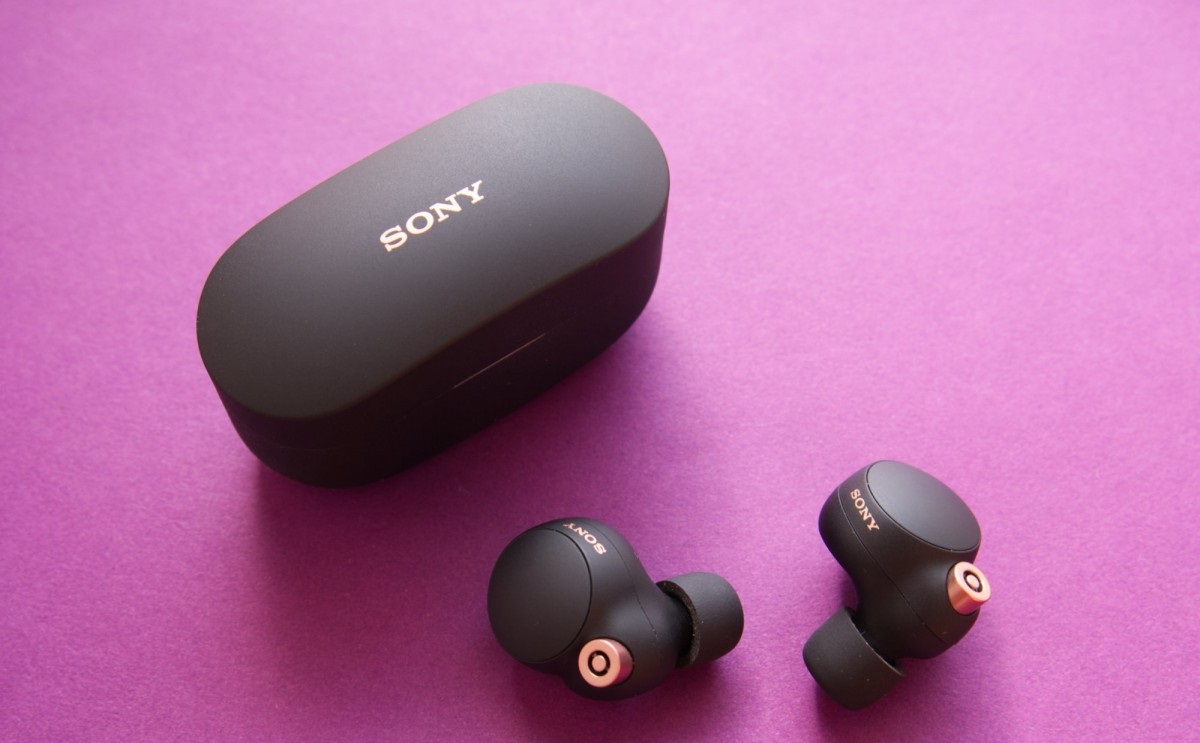 Sony’s WF-1000XM4 active noise-canceling true wireless earbuds are a major reason why this market is thriving. They set new standards in performance, ergonomics, and build quality.

The new wireless earbuds are more expensive than their predecessors, the Sony WF-1000XM3, but they improve upon several aspects of user experience that make the upgrade worthwhile. Our go-to pair of headphones, wireless headphones, and noise-canceling headphones for two years running was the Sony WH-1000XM3 until the XM4 came along.

They are wireless so you don’t have to worry about tangled cords, and they support high-resolution audio formats including aptX HD and Sony’s LDAC.

You can always have access to a voice assistant thanks to the WH-1000XM3’s connection with Google Assistant and, as of 2019, Amazon Alexa.

Together, this and the WH-1000MX3s’ exceptional noise-canceling features make them an excellent choice for travel, whether you require headphones for your everyday commute or a long-haul flight. 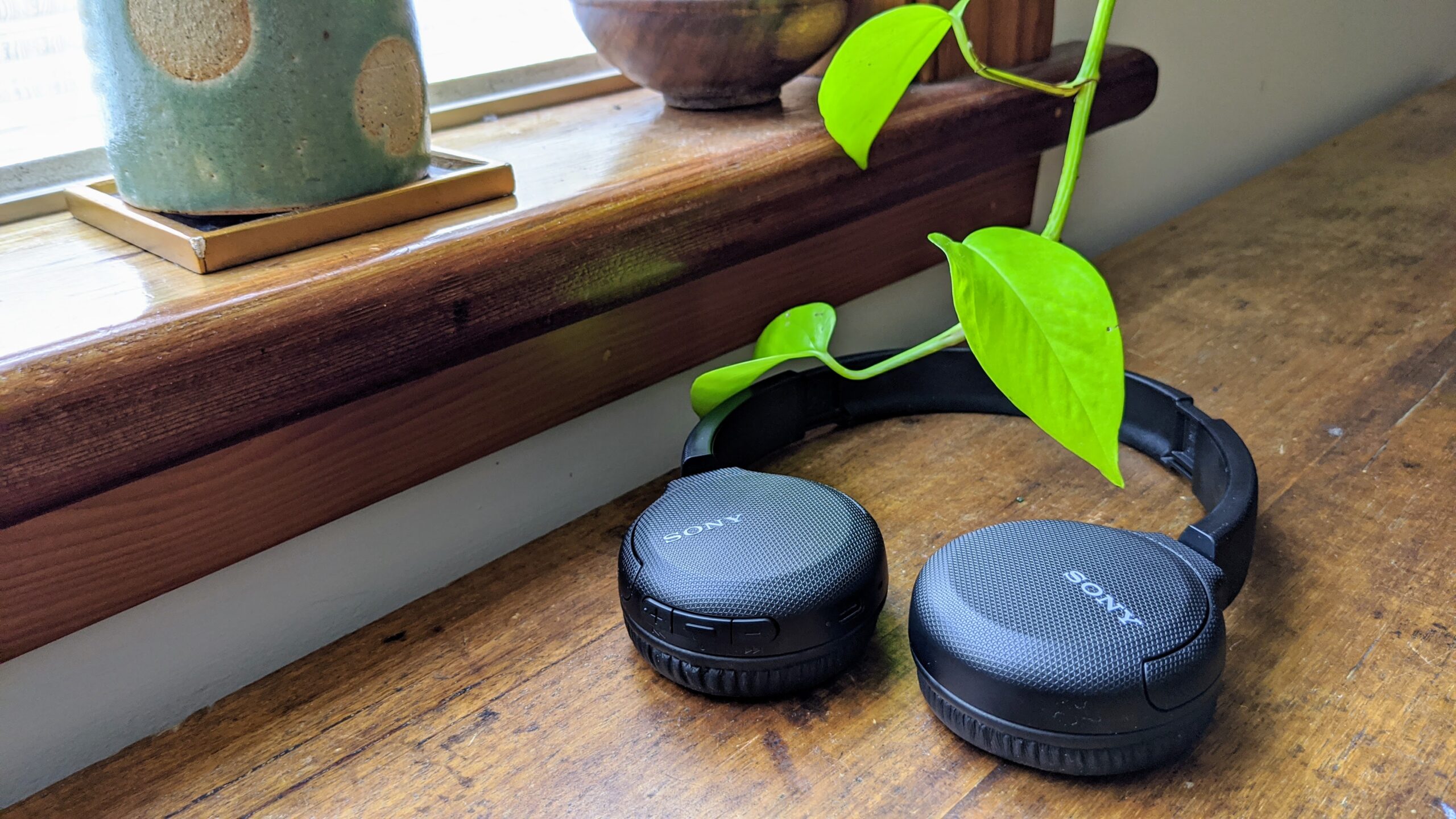 The Sony WH-CH510 is a terrific value because they have high-quality sound, a long battery life, and Bluetooth connectivity. These wireless on-ear headphones cost only $59 in the United States, £50 in the United Kingdom, and AU$89 in Australia; while the relatively fragile build may be a dealbreaker for some, for most it will be a worthy sacrifice at this price.

A person shopping for headphones at this price bracket probably has a certain level of tolerance for compromise built in. Sony may have had to make some concessions with the WH-CH510, but they aren’t dealbreakers. The 3.5mm port has been removed from most recent smartphones, and the headphones’ lightweight, plastic build makes them easier to transport and more comfortable to use.

You probably won’t find another wireless option that offers comparable battery life and sound quality for the same price if you’re looking for something that’s noticeably more durable or has a 3.5mm connector. 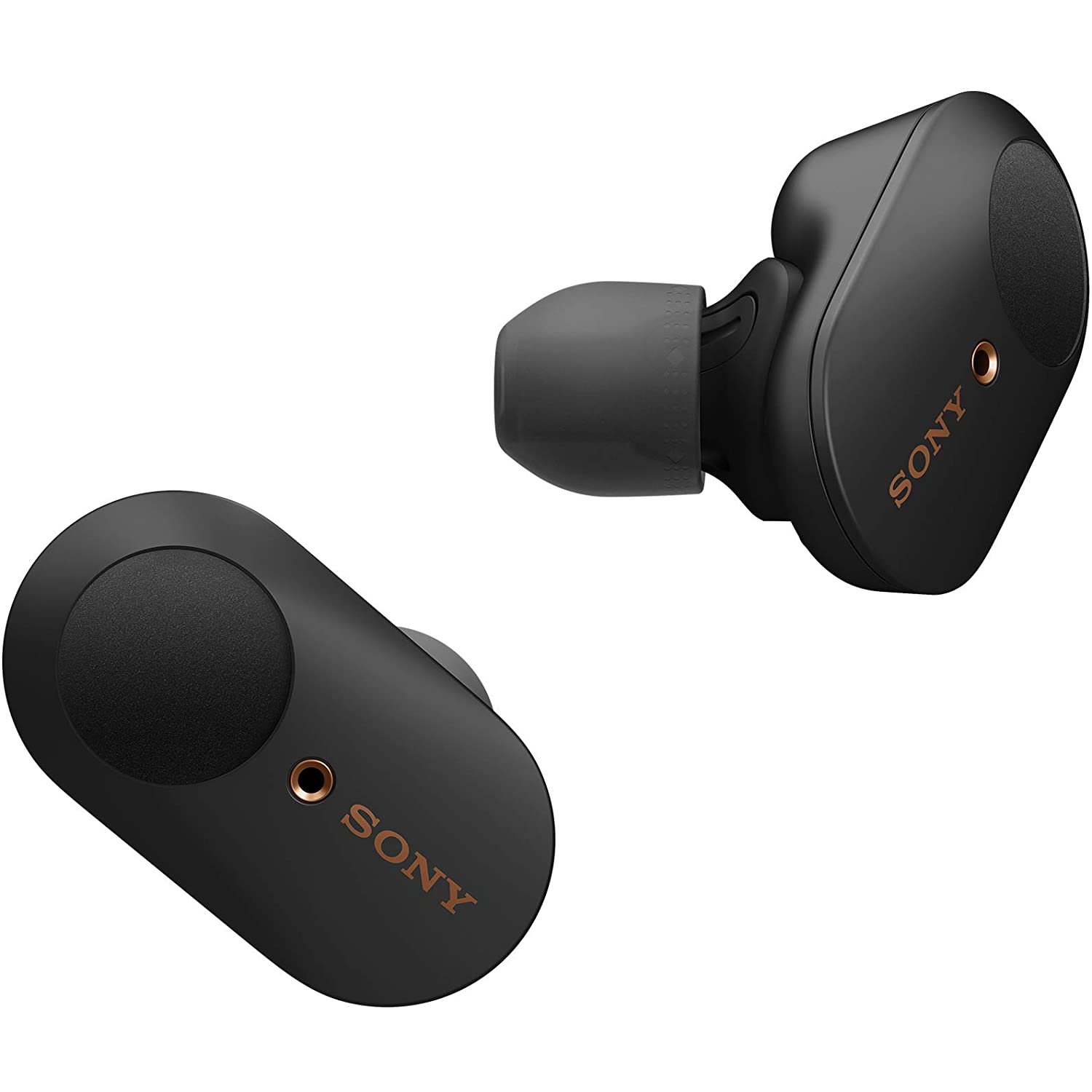 Before Sony released the WF-1000XM4, the WF-1000XM3 was the greatest true wireless earphones money could buy.

Although the Sony WF-1000XM3 may not be the best option, you should still think about it because you may frequently buy it for a very good price.

The Sony WF-1000XM3 are a pair of earbuds with an impressively high amount of noise cancellation for their size, along with fist-pumping musicality, a modern look, and sufficient battery life. 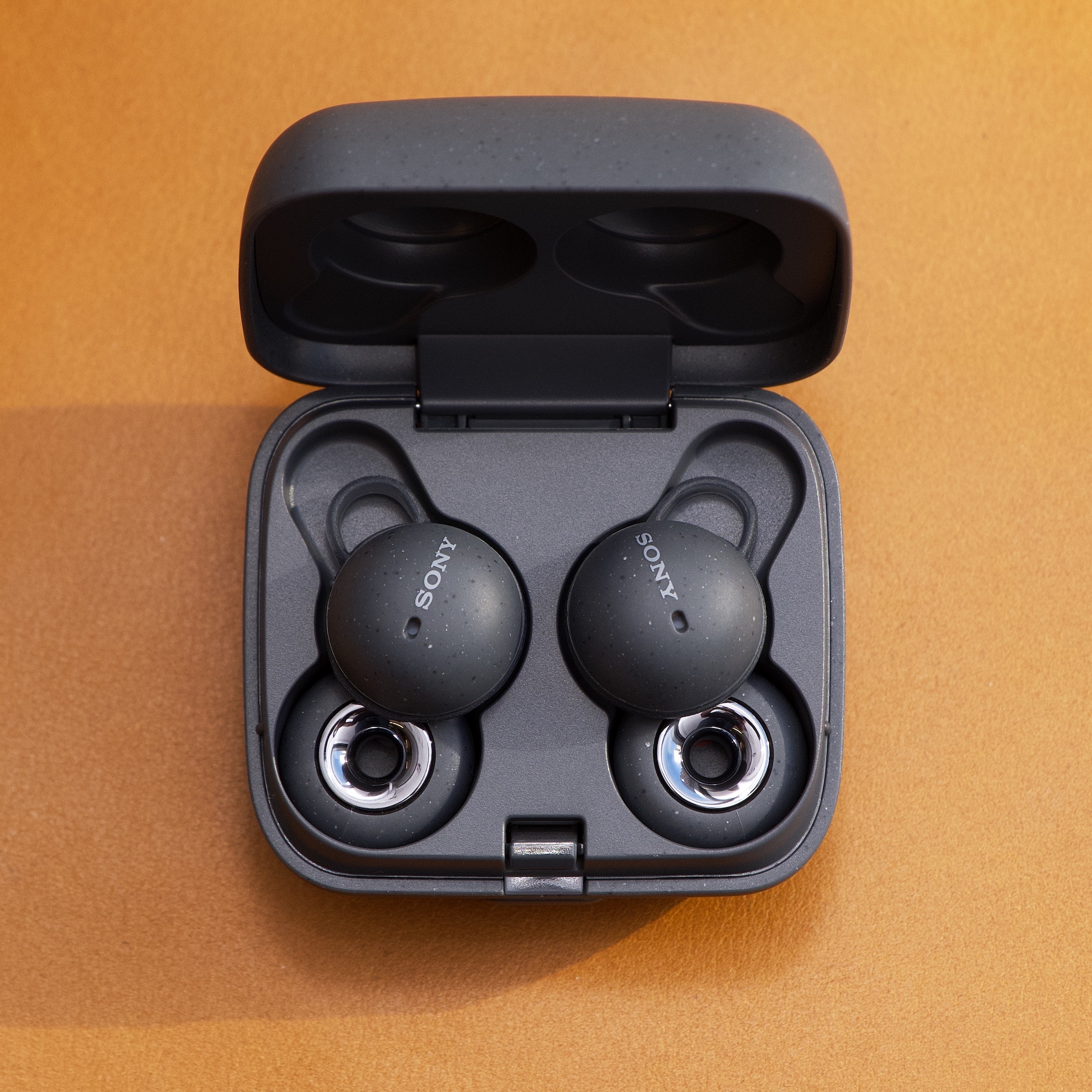 Weirdly, Sony has released a pair of truly wireless earphones called the LinkBuds. They’re the first in-ear headphones to include an open ring design, letting ambient noise in while letting you listen to music, podcasts, or make phone calls in complete privacy. Perfect for the commute or the office, where you need to be alert to your surroundings at all times.

And they’re even more delicate than the Sony WF-1000XM4 because they’re Sony’s tiniest earbuds to date. You won’t have to fiddle with the tiny housings to change the volume or track selection thanks to the innovative controls. Tap your face to skip songs, adjust the volume, and answer calls instead.

An impressively expansive soundstage allows each instrument in your favorite songs to be heard clearly and in its proper context, resulting in outstanding audio quality. The rhythmic correctness, clarity, and attention to detail are all top-notch.

But there are some negatives to the open fit: the bass response isn’t very strong, and because you can hear your surroundings, the LinkBuds’ fidelity may be masked by external noises. 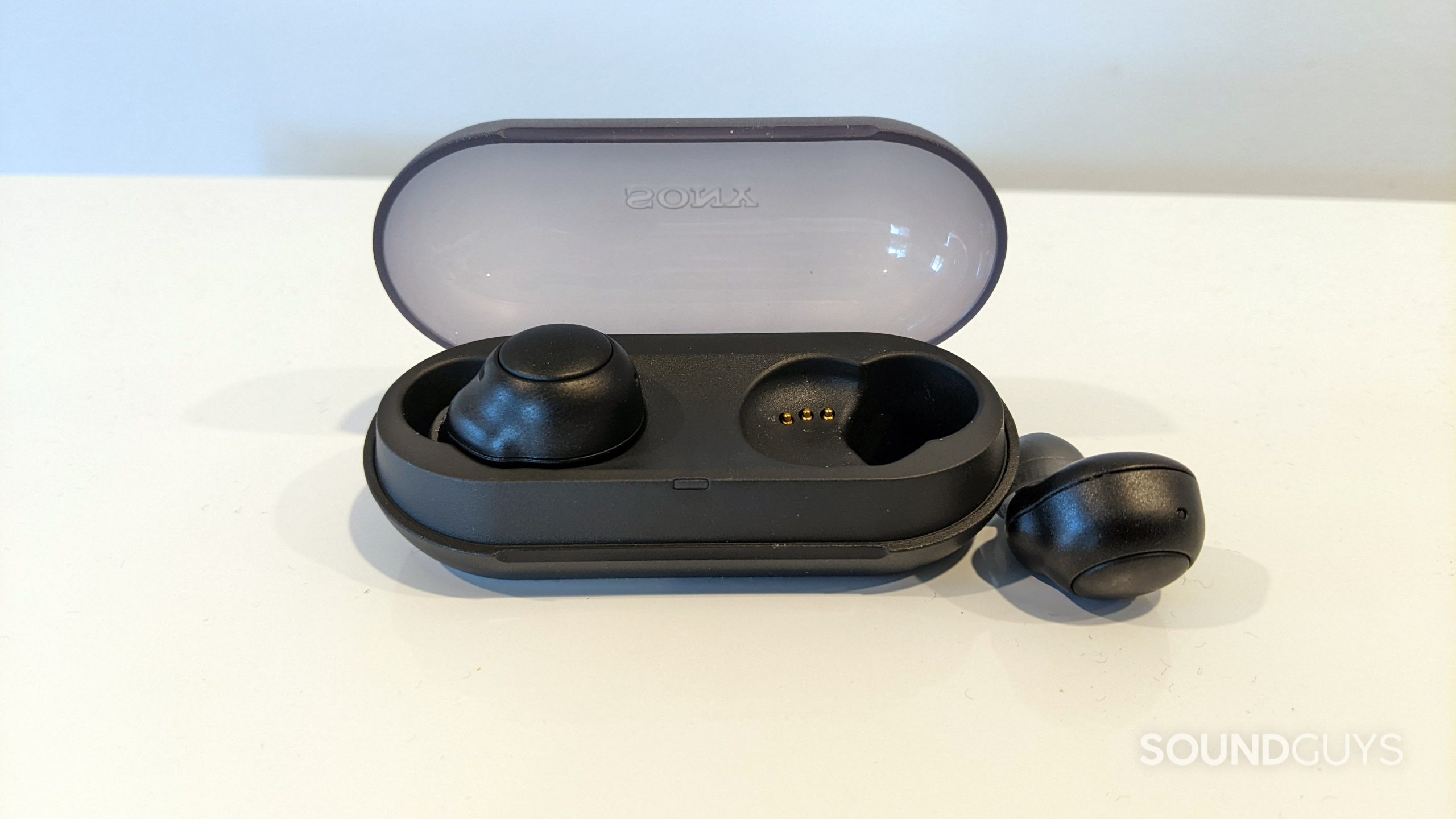 Even with low-end buds like these from Sony, there is a lot of competition in the genuine wireless field right now. However, the WF-C500 true wireless earbuds feature a sensible set of specifications, are incredibly light and comfy, and come with multiple control methods, all of which perform admirably.

The total run time of the battery, 20 hours, is less than ideal. However, 10 hours of marijuana use isn’t terrible and should be adequate for most users.

The music is lively, informative, and interesting, with true skill in a few areas. But if you place a premium on audio quality, you may want to spend a little more on something with a wider soundstage and deeper bass response. 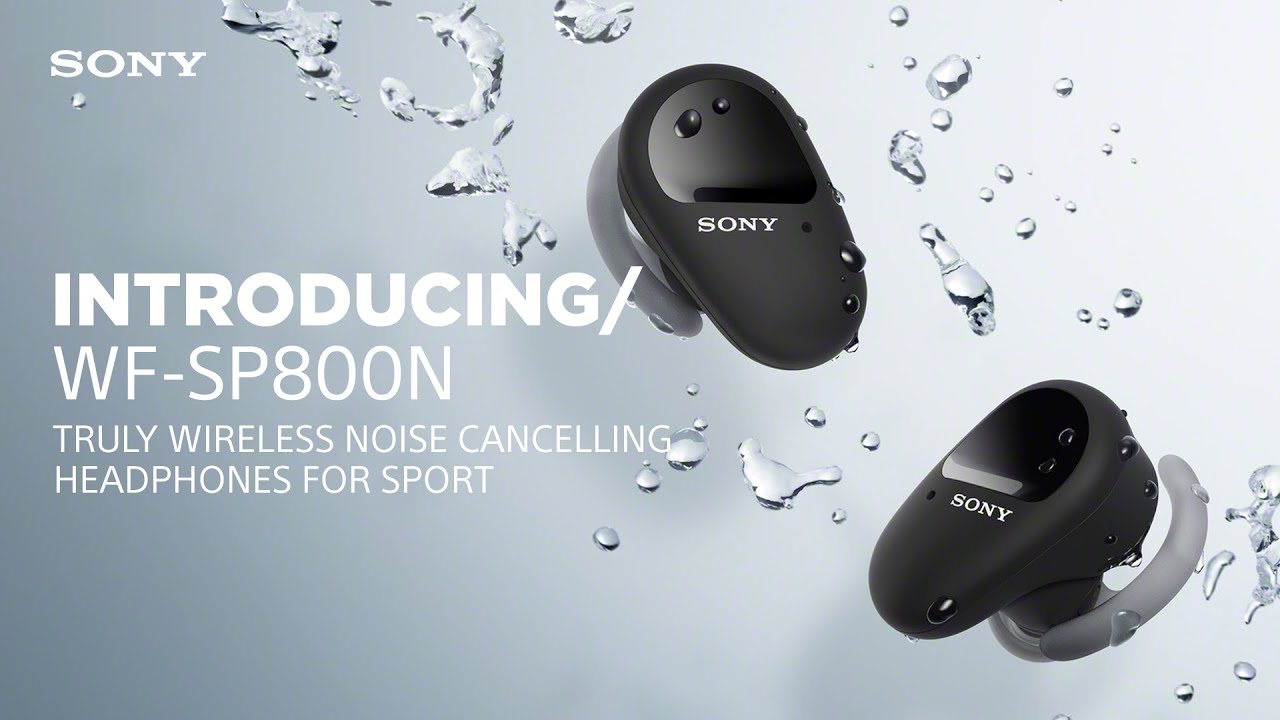 Sony’s WF-SP800N cameras represent a three-pronged danger. They have an IP55 rating, making them resistant to water and dust, and they’re great for working out because of the active noise cancellation they feature (something you won’t find in most earbuds), but they’re also great for listening to music because they support Sony’s new spatial audio format, 360 Reality Audio.

These truly wireless earbuds are impressive, despite the fact that they can be unpleasant to wear for extended periods of time and the bass is a touch muddy for our tastes. 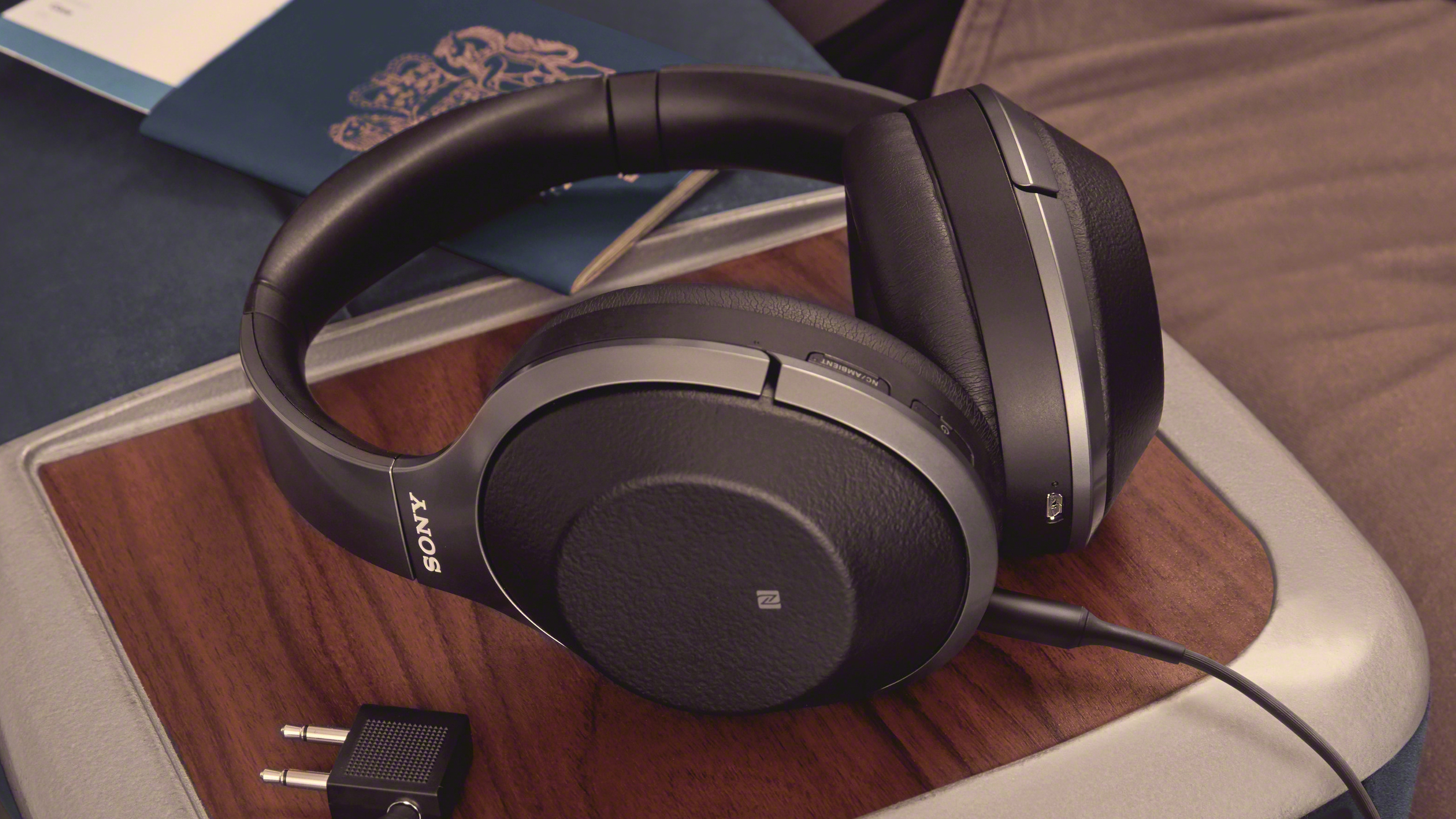 Those lucky enough to locate a pair of Sony’s noise-canceling headphones from before the WH-1000XM3 was released will be pleased to know that the WH-1000XM2 are every bit as good.

The Sony WH-1000XM2 can be had for a similar price to the Bose QC35 and come with superior features such as an ambient noise mode that only lets in mid- to high-frequency tones (such as announcements over a loudspeaker) and a Quick Attention mode that lets in all outside noise without removing the headphones.

All the features described above are present in the most recent model, including compatibility for aptX HD and LDAC for Hi-Res Audio, just like the WH-1000XM3s.

The WH-1000XM3s and the newest XM4s are visually distinct from the WH-1000XM2, but the fundamental difference between the two is that the WH-1000XM2s lack voice assistant connectivity. 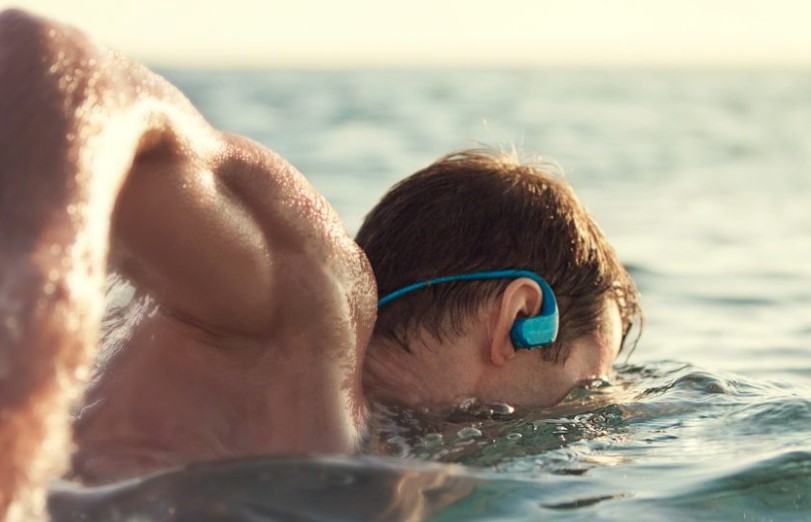 The NW-WS413 is the workhorse of the Walkman family. It’s not just the built-in MP3 player that makes these waterproof Headphones great for the pool.

As a result of its larger size and additional features, such as its 4GB or 8GB of storage and its side buttons, it may not be as comfortable to wear as smaller headsets. There is a spring-loaded connecting clasp at the nape of your neck that keeps it in place.

The sound quality varies from great to muddy depending on how the water splashes in and out of your ears. In contrast to standard waterproof headphones, the sound quality of these bone conduction headphones is noticeably better. An ambient mode is also available.

In addition to being a high-quality music player, the Walkman NW-WS413 may be used as premium in-ear headphones for your workout. Despite lacking a connection to your phone, these headphones have excellent sound quality, a relatively reasonable price, and a standard design that makes them appropriate for both sports and everyday use.