What is the kickboxing pay-per-view start time for the global audience and how can I watch Alistair Overeem vs. Badr Hari at Glory Collision 4?

Combat sports trilogy events are always exciting, but they are much more so when they involve two legendary fighters like Alistair Overeem and Badr Hari in the Heavyweight division.

Overeem and Hari are now prepared to put an end to their once-bitter, now-respectful feud this weekend. In 2008, Overeem was able to knock off Hari in the first round, but the following year, Badr gained his comeuppance by knocking out Alistair in the semifinals of the K-1 World Grand Prix.

Kickboxing fans around the world are anxiously down the seconds until these two goliaths square off, but how can you watch Overeem vs. Hari, and what time is the Glory Collision 4 event scheduled to start where you are? The score is presently tied at 1-1.

How to watch Overeem vs Hari at Glory Collision 4

At Glory Collision 4 on Saturday, October 7 at the GelreDome in Arnhem, Netherlands, Alistair Overeem, and Badr Hari will square off for the third time.

Glory Collision 4 will only be available on Videoland in the Netherlands.

Alistair Overeem vs. Badr Hari will be broadcast live on the Glory Fights website, link here, in the US and the UK.

This is a pay-per-view event, therefore tickets will cost spectators $14.99 to acquire.

Related: The Loss of Mandy Rose’s Brother at Age 40 Has Saddened WWE Fans!

The event will be broadcast on Go3 in Estonia, Latvia, and Lithuania, Viaplay in Poland, U-Next in Japan, and Sports Fight in most of South America. The Glory Collision 4 event will be accessible in any other country via the Glory Fights website.

The meeting of the Legends occurs on October 8. The fight between Alistair Overeem and Badr Hari, who are both 1-1 with stoppage victories, will undoubtedly go down in history. Glory Collision 4 trailer, courtesy of YouTube.

When Will the Glory Kickboxing Event Begin?

The prelims will begin at the following times, according to information provided by the Glory Kickboxing website:

After that, the main card will begin at the following local times:

The final battle of the night, Alistair Overeem vs. Badr Hari, is scheduled to begin at approximately 9:30 PM BST (1:30 PM PT/4:30 PM ET), though this is contingent on how long the fights before it took place.

I’m completely in love with Badr. I have a lot of respect for him since throughout the years we have trained and chatted a little bit together. He has gone through a difficult time, but he has displayed amazing skills in the ring, and I am aware of his technical prowess and his potential.

I am aware of his actions. He is one of the pioneers, one of the guys. So, it’s going to be a great struggle, and I salute Badr. The MMA Hour via Alistair Overeem.

The following is the main schedule for the Glory Collision 4 Kickboxing event:

On the preliminary card, you’ll see:

After so many years, you no longer perceive things in this way. It’s not at all personal, Hari said. The most beautiful thing in our sport is knocking people out, so I just want to win this fight and enjoy myself.

It conveys a sense of dominance. This is merely the pie’s cherry. I really appreciate remaining here, so it’s not personal to me. MMA Hour via Badr Hari.

The Loss of Mandy Rose's Brother at Age 40 Has Saddened WWE Fans! 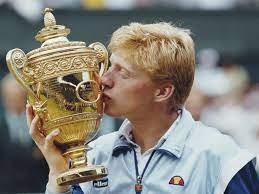