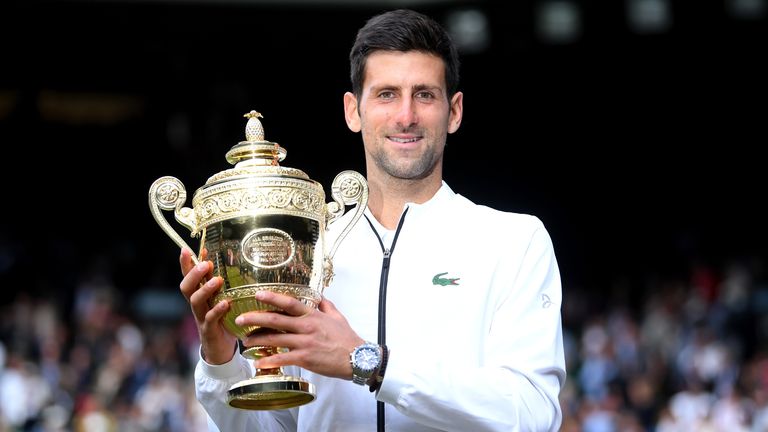 With a four-set victory over Nick Kyrgios, who had a strong start to his bid, Novak Djokovic won his eighth Wimbledon championship and 21st Grand Slam title on Sunday.

Top seed Djokovic triumphed with scores of 4-6, 6-3, 6-4, and 7-6 (7/3) to tie Pete Sampras’ record of seven trophies at the All England Club and get one step closer to Roger Federer’s eight-title haul for men.

When a protester shouting “Where is Peng Shuai?” in reference to the welfare of the Chinese women’s tennis star was evicted from the stadium, the play was briefly halted. Rafael Nadal’s record of 22 major championships is now just one behind the 35-year-old Serb, who is currently one Slam ahead of Federer in the all-time race.

Waiting, Djokovic. He watched for Kyrgios to lose direction and his focus. waited to get the right read on his adversary’s strong serves. waited till his own performance was adequate.

A deficit in a game, set, or match doesn’t bother Djokovic. He enjoys fixing problems. Furthermore, he hasn’t lost at Wimbledon in a long time.

In its 100 years, Centre Court has seen few champions like @DjokerNole#Wimbledon | #CentreCourt100 pic.twitter.com/vffvL2f08Q

Read More: The Legend of Zelda: Breath of the Wild gameplay on the Nintendo Switch

The ace-delivering, trick-shot-hitting Kyrgios was defeated by Djokovic to win his fourth consecutive Wimbledon championship. The top-seeded Djokovic extended his winning streak at the grass-court Grand Slam competition to 28 games.

Djokovic has won more titles at Wimbledon than any other man, with the exception of Roger Federer, who has eight. Only Federer (by less than a year) was older than the 35-year-old Djokovic when he won at the All England Club during the professional era.

His comeback on a sunny afternoon came after those in the semifinals when No. 9 Cam Norrie won the opening set, and in the quarterfinals when Djokovic overcame No. 10 seed, Jannik Sinner, after falling behind by two sets. Djokovic lost the first set in last year’s Wimbledon championship match. He defeated Federer in 2019 final, wiping out two championship points.

At 5-3 in the second set, Djokovic served, and Kyrgios earned to love-40 — three break points. However, Kyrgios only hit a few careless returns before Djokovic eventually held. Then, with Kyrgios serving at 4-all, 40-love in the third set, he once more allowed a game that appeared to be won to slip away, and Djokovic broke there.

Since Goran Ivanisevic won Wimbledon without being seeded in 2001, Kyrgios, who was ranked 40th, was attempting to break that record. Currently Djokovic’s coach, Ivanisevic watched the match from a guest box on Centre Court.

The last time Kyrgios advanced past the quarterfinals in a Grand Slam was 7 1/2 years ago. He is a 27-year-old Australian who has played in 29 previous tournaments.

Centre Court rises again for one of its great champions

He essentially stole Sunday’s show in certain ways. He attempted to fire between his legs. Hit a few while facing the net. cranked out 30 aces while serving at up to 136 mph. used an underarm serve before faking one.

Djokovic Continues to Show Why He Is Difficult to Defeat.

In their previous two meetings, which were played on hard courts in three sets, Kyrgios had triumphed over Djokovic each time. It was always going to be a different proposition to take on Djokovic over five sets on grass.

Djokovic was trying for his 28th straight victory on the surface and had not dropped a match at Wimbledon since retiring in the quarterfinal against Tomas Berdych in 2017.

However, despite being recognized as the best returner in the sport, Djokovic was unable to withstand Kyrgios’ serve as the world number 40 had a strong opening. The first set was won by Kyrgios, who dropped only five points when serving, broke for a 3-2 advantage, blasted seven aces, and won 81 percent of his first-serve points. 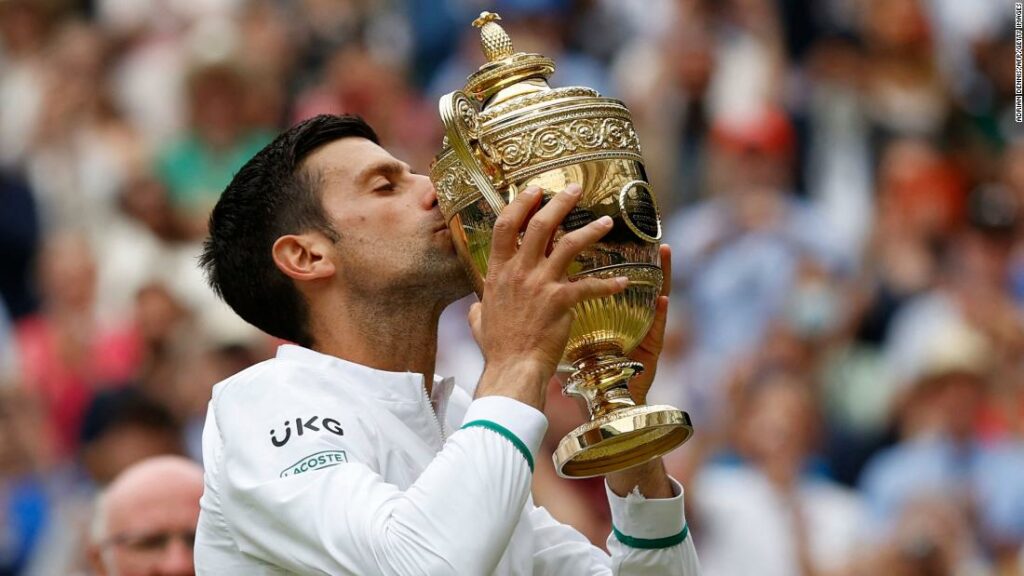 A finely balanced third game of the second set went Djokovic’s way as he outlasted Kyrgios in a 23-shot rally before capping off another drawn-out contest with a magnificent drop shot to secure the break. The third-ranked player in the world, who is now completely dialed in, might use that as a springboard to win the second set.

In the opening game of the third set, Djokovic had two break points but failed to convert on each one, just before a spectator protester was briefly removed from Centre Court and the tournament was briefly interrupted.

The set remained on serve until Kyrgios’ double fault on a break point in the ninth game, when he then blasted a backhand into the net, as Djokovic continued to make him work hard for his holdings. Djokovic sat quietly in his chair as he prepared to serve out for the lead as Kyrgios continued to yell at his box.

The Serb won the third set by being able to tune out his opponent’s drama and to show how concentrated he was, he celebrated with a light racquet shake. In the fourth set, neither player made much of an impact on the other’s serve, which forced a tie-break where Djokovic forced more errors to win.