Use free music streaming app to listen to your tunes from virtually any place while you’re on the go. Here is a collection of the top free music apps for listening to music on your phone, discovering new artists, recognising songs, listening to streaming music, and discovering local radio stations.

The vast majority of these apps are available for both Android and iOS devices, and they’re all free to download. You can get the app by clicking the link, or you can look for it in your device’s app store. It won’t take long before you’re making progress. 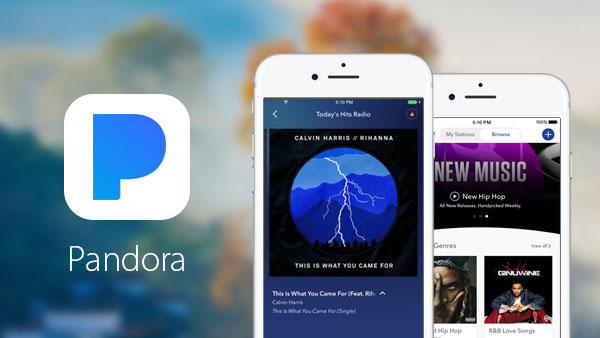 There is a good reason why Pandora is so well-known. Most people use it since it’s the best music streaming app available in their opinion.

If you enter an artist you like, Pandora will play their music and propose others who are similar to them. Discovering new music that is stylistically similar to your favourite songs has never been simpler.

Just by clicking a star next to a song while you listen, you can tell the app to play more of the music you enjoy and less of the music you don’t. Your feedback helps the service learn and refine its recommendations.

You may listen to podcasts while you use the app, as well as save your favourite musicians for subsequent listening.

When you’re on Wi-Fi, the app performs optimally, allowing you to listen to music with minimal interruptions.

If you listen on both your phone and computer, it’s recommended that you sign up for a free Pandora account so that your stations and ratings may be synced between devices.

There is a free app available for iOS, Android, Kindle Fire, Nook, Windows Phone, Windows desktop, and other devices, even smartwatches. 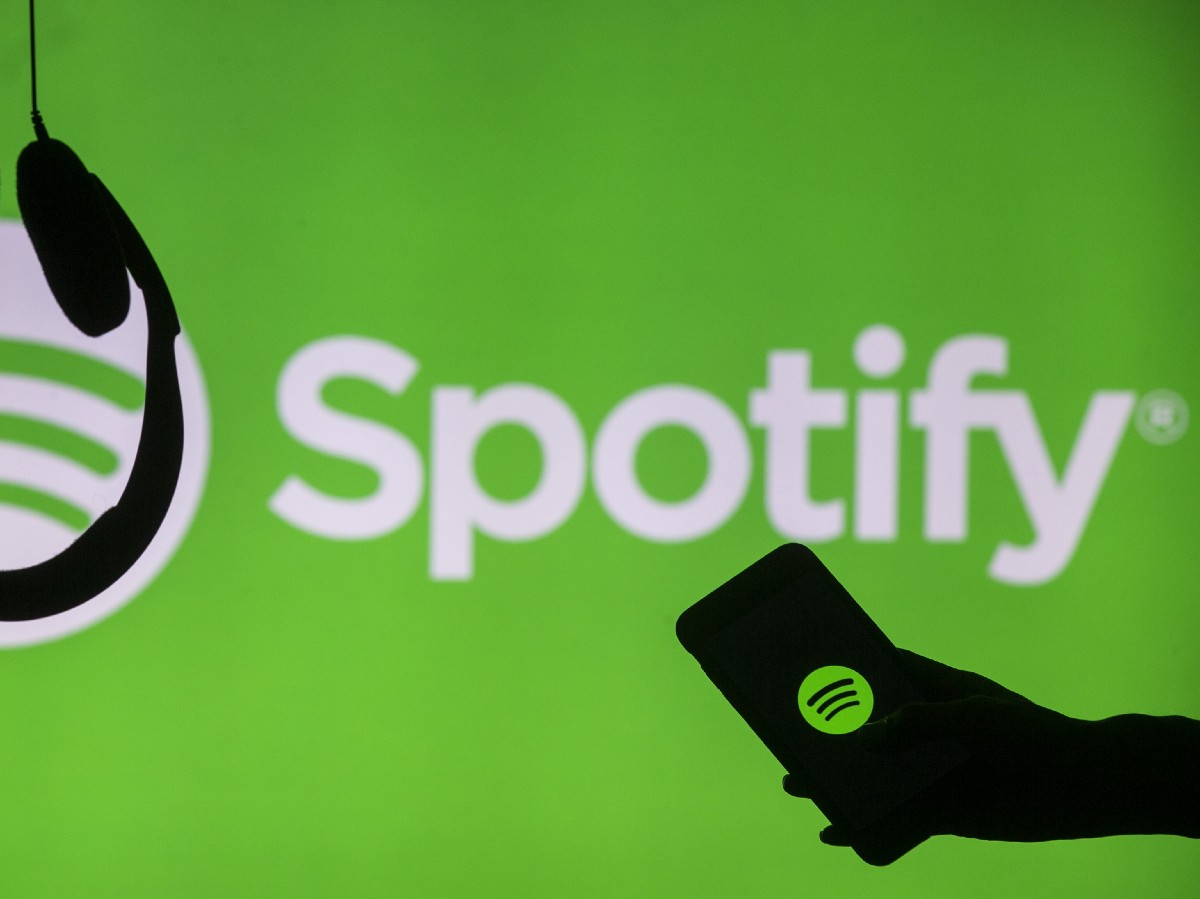 Spotify is a fantastic music programme that syncs music from your computer and allows you to fellow musicians. You may personalise a radio station like Pandora by selecting an interest and receiving personalised song recommendations.

Discover new music by browsing the most popular tracks and albums, as well as by exploring the latest releases and conducting a thorough search for your preferred artists and albums. You can save your favourite tunes and listen to them whenever you like.

The fact that anyone can create a playlist and share it with others so they may listen to the same music in their app is one of Spotify’s many appealing features. When a new album is released by an artist you’re following or a playlist is updated, the app might send you a push notification.

It doesn’t cost anything to use the bare bones. Spotify Premium gives you ad-free listening, instant song playback, the ability to download songs, and more.

Get it for your Android, iOS, iPad, Kindle Fire, and desktop or laptop running Windows, Linux, or Mac. In addition, it’s compatible with Apple Watch, and those with a Premium account may even save songs locally on their wristwatches in the form of playlists, podcasts, and entire albums. All Spotify customers may use their Apple Watch to manage playback on Bluetooth speakers, TVs, and other devices. 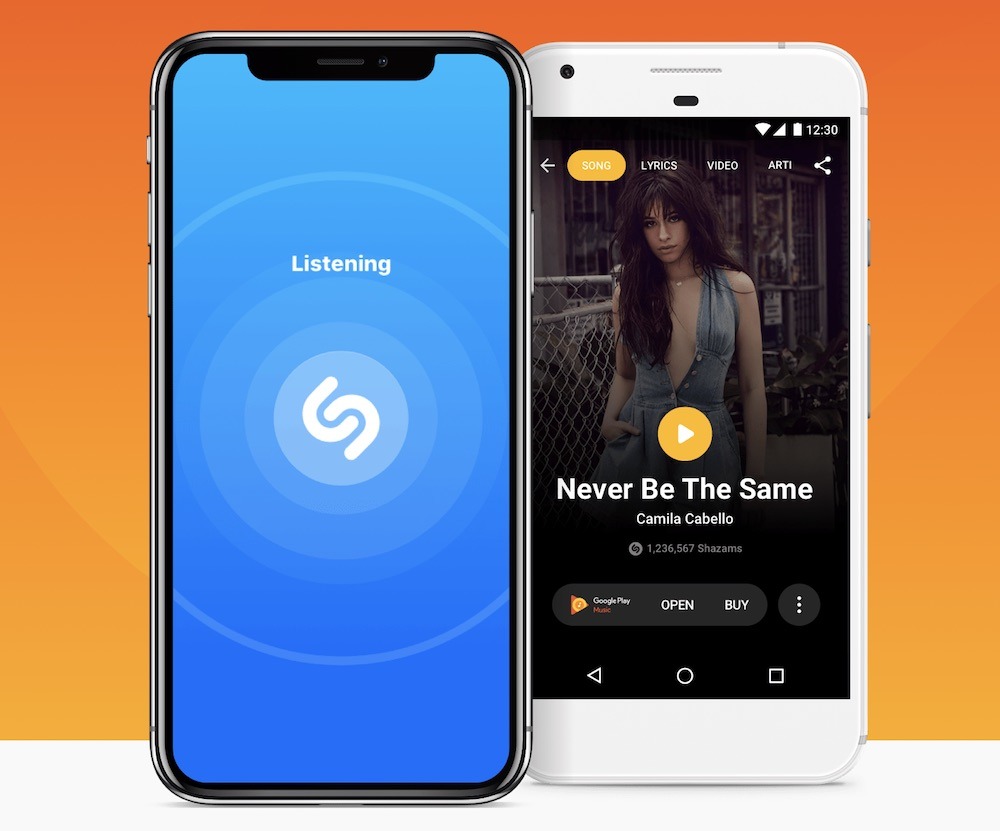 The Shazam app for iOS devices is a handy reverse audio search tool for those times when you hear a song but can’t place the artist or song title.

It can identify the music being played and provide information on the performer. You can tell others about it, check out a music video for it on YouTube, and listen to it on Spotify. As an added bonus, you can also create a custom Pandora station based on that artist’s music, read reviews of their albums, and learn about upcoming tour dates.

All of the songs that you’ve tagged using the app will be kept in a database. You may then see what your friends have tagged and shared in their excitement at these discoveries.

Depending on the song it recognises, it may display the lyrics on the screen as you listen.

Your Shazamed music will be accessible from any computer once you’ve signed up for an account. A free app is available for both iOS and Android phones and tablets, as well as the Apple Watch, Android Wear, and macOS. iHeartRadio is the go-to app for mobile radio listening. It works with a wide variety of gadgets, is packed with cool extras, contains no annoying ads, and quickly locates local radio stations.

Podcasts and custom radio stations based on your music library are also available, as are station searches and genre filters for music from the 1980s and 1990s, as well as alternative, seasonal, classical, rock, and oldies.

Make one of your saved stations play at specific times each day and use it as an alarm clock with a snooze feature. To silence the radio after a predetermined amount of time, you can use the iHeartRadio app.

You may also browse an artist’s biography, share a station with friends, and watch lyrics in real time on iHeartRadio.

Unlimited skips and playlists, fast replays, and other premium features are only available by upgrading to iHeartRadio Plus or All Access from the standard free version.

The apps are compatible with a wide range of mobile and fixed computing platforms, from Android and iOS to Kindle Fire and Windows, and even Apple TV, Amazon Echo, Chromecast, game consoles, automobiles, and wearables. The free TuneIn music app is perfect for radio fans who also want access to their favourite tunes on the go. Tune in to local stations no matter where your travels take you.

Simply type in the name of a song or an artist, and the site will return a list of all the radio stations in the United States that play that particular song or artist. You can tune your phone into that radio station with the touch of a button. Podcasts and live sports broadcasts are only two of the many listening options offered by TuneIn.

You can listen to the radio without commercials and see less advertising by upgrading to TuneIn Premium if you like the service.

The software is compatible with a wide variety of gadgets. These include smartphones and tablets (Android and iOS), smartwatches (Apple Watch and other similar devices), desktop computers (Windows Mobile and Windows), televisions (both traditional and streaming), game consoles, speakers, and more. 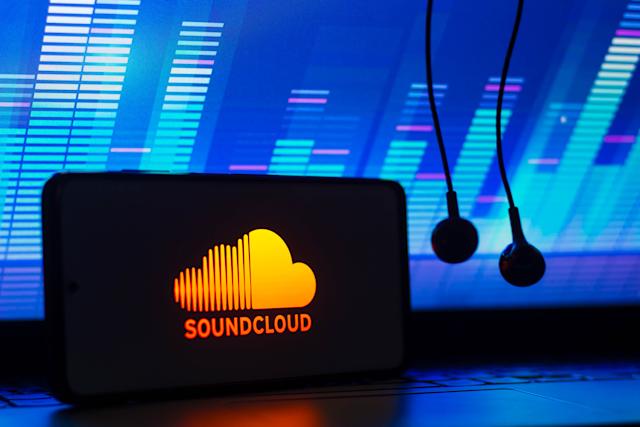 You can find a wide variety of music and audio recordings, from home recordings to songs by new bands, on SoundCloud.

Find and follow your favourite bands and musicians, as well as listen to their latest audio and video uploads. There is always something worth listening to, as users upload an average of 10+ hours of audio per minute.

The iPhone allows users to create and share playlists, allowing for a personalised music streaming experience. On some gadgets, you may use the app to record and send audio.

If you sign up for an account, you can get your saved music and other information from the app or the website. Offline playback, higher quality audio, and the absence of ads are just some of the benefits of signing up for a SoundCloud account and paying for a subscription.

The app is available for both iOS and Android devices.

LiveOne (formerly known as LiveXLive and Slacker Radio) offers streaming radio stations in virtually every genre. It’s possible to customise a radio station to play more of your favourite songs, or to leave it relatively unfettered in order to hear something completely different.

You can make your own radio stations and playlists, as well as keep tabs on your current favourites and previously heard tracks.

Ads are included in the free edition, and you can’t download songs to listen to later, the sound quality isn’t great, you can’t play songs on demand, and you can’t skip as many songs as you like. Those enhancements are available as paid add-ons.

The software is compatible with a wide variety of mobile and streaming devices, including iOS, Android, Fire TV, Apple TV, and Roku. You can’t go wrong with Spinrilla if you’re looking for a hip-hop mixtape app. You may either play the music in the app or download it to listen to on the go.

The app’s home screen prominently displays tabs for “New,” “Top,” and “Singles” music. You can see how long till the new music is released by checking out the Upcoming Tracks section of the app.

In contrast to some other music streaming apps, this one allows you to skip back and forth between songs, post comments on individual tracks, make playlists of the songs you see in the app, and store the music on your device.

Download this free app on iOS and Android to listen to hip-hop on the go. 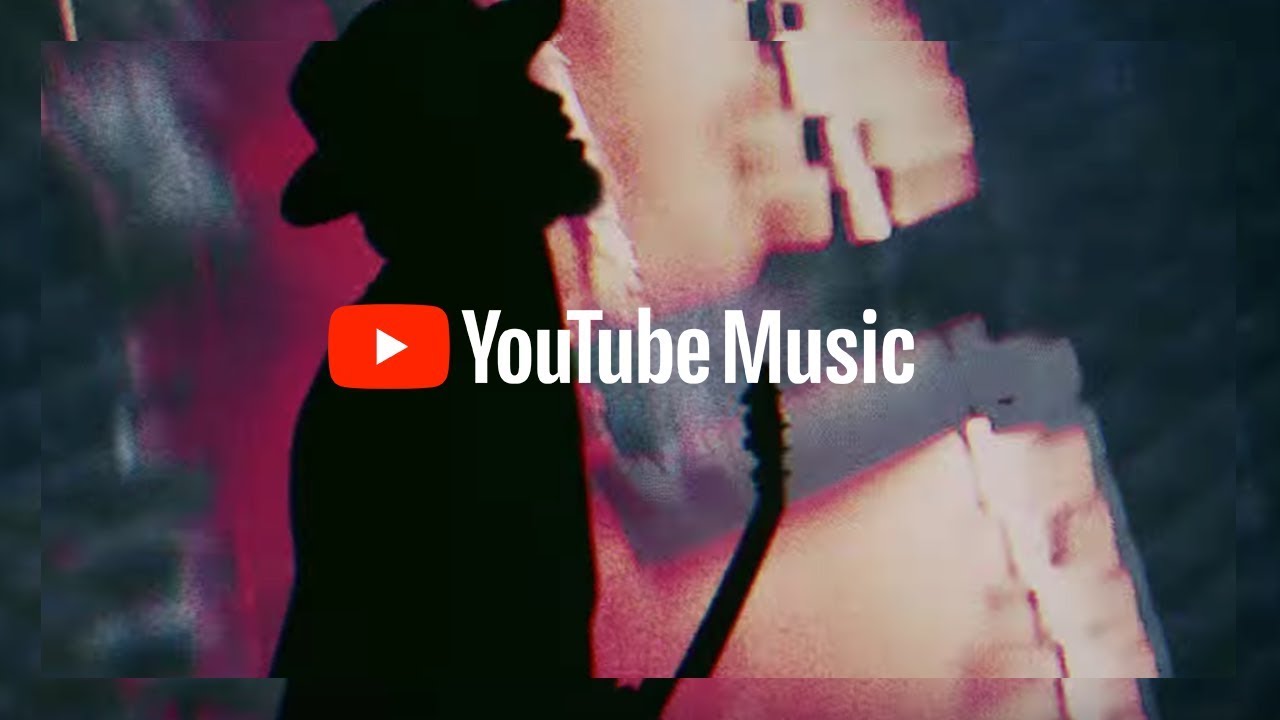 There is an overwhelming amount of music available for streaming on YouTube Music, from both well-known artists and more obscure ones. The strong recommendation engine automatically adjusts to provide relevant song and content suggestions based on your past listening habits, current location, and activities. It has an intelligent search feature that allows you to locate songs without knowing the title.

A wide variety of music videos, live performances, interviews, and concert footage from artists across multiple decades may be found on YouTube Music. You can build your own playlists from scratch or select songs from other premade playlists. Based on your tastes, it can create a custom playlist for you to listen to.

The ad-supported free version has no costs associated with it. For $9.99 a month, Music Premium subscribers can watch music videos without interruption and listen to songs without the accompanying visuals. If you don’t touch the screen, the music will keep playing. There is also a plan for students and their families. You may test out the Pro version without spending a dime for a whole 30 days.

Best Weather App: Top 10 Weather Apps/Widgets For You To Try! [Must Check] 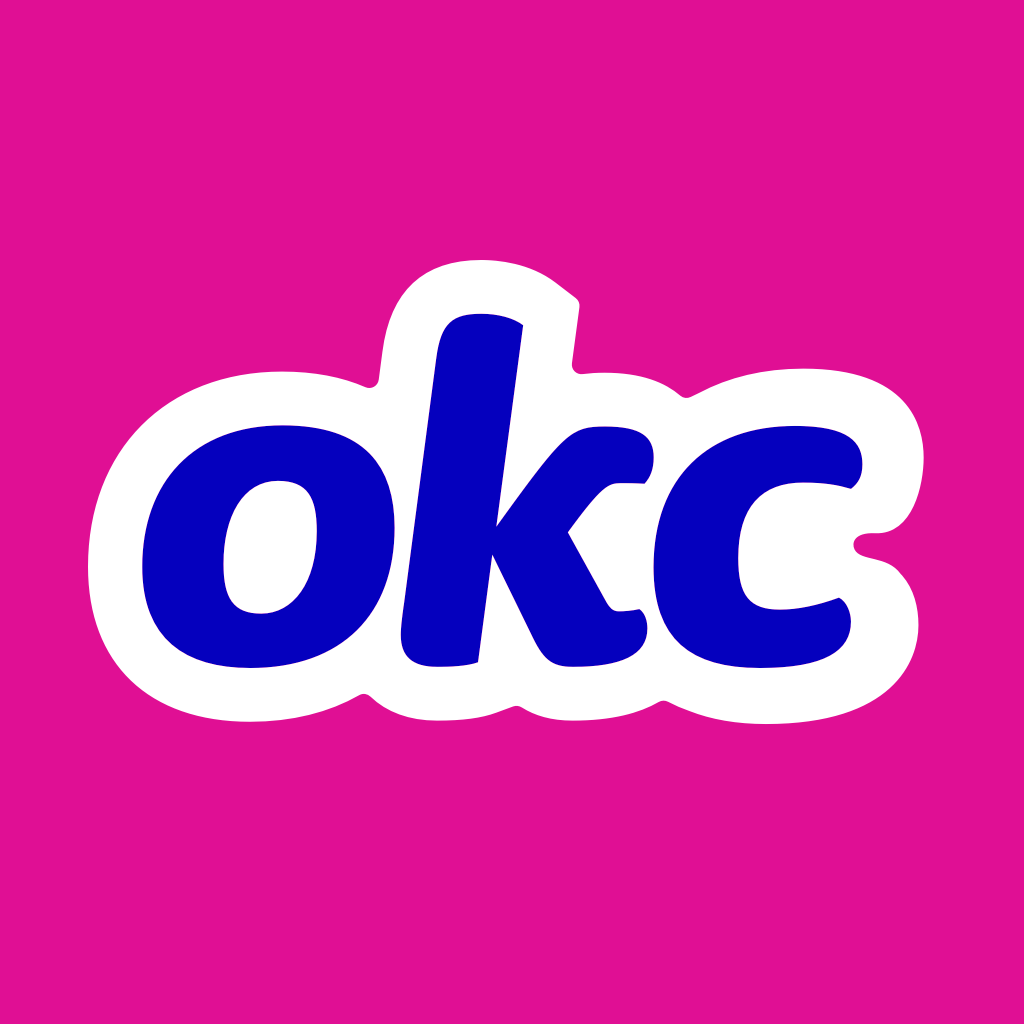 OkCupid Login: Everything You Need To Know About The OkCupid App!