The best virtual reality experiences transport us to our favorite fantasy worlds, urban settings, and dystopias. They dump us into beautiful digital settings, and we can relax knowing that even though it hurts to kick over the coffee table, getting shot or assaulted in these environments is only a fantasy.

We’re currently in a new golden era of VR gaming, which is why we’ve put together this list of the top VR games currently on the market. In 2022, there will be a wide variety of virtual reality hardware to pick from and an equally astounding assortment of games to play on it. Here are the top VR games to wrap your eyes, and sensory-stimulating headsets, around right now, from Half-Life to Tetris to Star Wars and beyond.

We must start by mentioning Half-Life: Alyx, which is perhaps the best VR experience on the market right now. Half-Life: Alyx, a VR-only game that debuts in March 2020, places you in the well-worn shoes of Alyx Vance and takes place five years before the events of Half-Life 2.

This is also the first time since Half-Life: Decay that we’ve heard the protagonist of a Half-Life universe game speak, and Half-Life: Alyx makes the most of it with a tonne of amusing and enduring interactions.

Playing Alyx is evidence that having a single production emphasis pays well. Alyx may be the most well-known triple-A game to be launched only for VR devices, aside from the script. Even though Half-Life: Alyx isn’t quite the Half-Life 3 we’re all still hoping for, it’s still a more-than-deserving sequel to Half-Life 2 with clever gameplay innovations and an exquisitely rich world to interact with. Despite not being a dedicated virtual reality game, Star Wars: Squadrons plays like one. When you feel like you’re actually in the cockpit of one of your favorite starfighters and entering battle, the attraction of doing so is multiplied by a factor of ten, and thankfully the game’s fundamental design supports this.

Instead of relying on immersion-breaking UI, Star Wars: Squadrons loads up as much detail into the real instrumentation of your dashboard as possible, and the game’s whole interface can be easily played while seated.

You might not be as competitive in multiplayer as you are in the campaign, depending on your personal comfort level with performing death-defying barrel rolls and near misses (as well as dull worries like basic things like pixel count making it tougher to pick out distant targets). You can still give it a try because everything is playable in VR.

Do you recall how Snake enters Shadow Moses Island in a personal submarine at the beginning of Metal Gear Solid? What if it had been a ka yak and Snake had never exited it? That essentially describes Phantom: Covert Ops, a stealth action game in which you paddle around a paramilitary compound while holding a silenced gun in one hand. To improve your paddling, you’ll probably have the pistol holstered for the majority of the time, but you get the idea.

Phantom’s suspenseful and intense campaign will immediately engross you after you get beyond a few illogical jumps needed to make the entire notion work. Since there are hostile forces everywhere around you and you are a lone operative, you must maintain situational awareness in addition to your aim in order to accomplish your goals.

In true Metal Gear fashion, you are rewarded for choosing the road of nonviolence, although there are some evil High-Value Targets that allow you to use your weapons relatively guilt-free. Do not be misled by the fact that it is a tie-in to a theme park: Even if you have no idea what Black Spire Outpost is, Star Wars: Tales from the Galaxy’s Edge is an engaging and action-packed open-world game that is well worth playing. It’s actually the only game (that isn’t a mod) that comes close to Star Wars Skyrim, and the only way to play it is in virtual reality.

However, there’s a good chance Tales from the Galaxy’s Edge may follow the example of Vader Immortal and eventually be published for other platforms. Currently, the only method to play is directly through Oculus Quest.

The fact that Tales leaves you wanting much more is the one significant criticism. Although it employs many of the conventions of large-scale first-person RPGs, it has fewer maps and less progression than its larger relatives. However, the current offerings are certainly worthwhile, and maybe more will be added in the future. Tetris Effect is one of the first games you should run to once you pick up a VR headset since it offers such a complete sensory experience for the mind, body, and soul. When their goggles are steaming with tears, those who believe this is just another slightly altered Tetris version will realize they were gravely mistaken.

The star of the show, in addition to a large selection of standard Tetris game modes, is Journey Mode, a campaign that examines various aspects of human history and connects them with song and (sometimes) verse.

Every turn of the tetromino represents a musical note, and every line cleared releases endorphins. Tetris Effect uses you as the tool, and it’s one of those games that truly capitalizes on the isolation provided by VR. Dim the lights, put on a good pair of headphones, and clean lines like nobody’s watching. You won’t be sorry! Given that Superhot is one of the most innovative indie blockbuster hits in recent memory, it stands to reason that the experience will only be improved when the action teleports into virtual reality. Instead of taking the simple approach of translating the same story and missions into the virtual world, Superhot VR creates a compelling new narrative while maintaining the same brilliant gimmick the PC game is known for.

When you play Superhot, time flows along with you, which is ideal if you want to feel like Max Payne or Neo and dodge and weave among enemies like a boxer. Superhot VR is furious, hard, and most importantly, a lot of fun as you thrash around in your living room, take cautious shots at your foes and punch and disarm from all sides when you’re surrounded. Superhot VR is a surprisingly effective workout as well as a video game.

Keep Talking and Nobody Explodes It’s considerably more stressful in virtual reality as you attempt to defuse a bomb while receiving frantic instructions from your friends. Keep Talking and Nobody Explodes on PSVR demands players to diffuse a ticking time bomb while following intricate instructions given aloud from a separate screen at the direction of other players.

Although it is available on non-VR devices, the situation is more uncertain for the other players in VR because only the person detonating the bomb can see it. The PSVR party game Keep Talking and Nobody Explodes is frantic, difficult, and ultimately one of the best party games available, both in VR and outside of it.

Related: Excellent Free-To-Play Games| Which is the Best Free PC Games in 2022!

No Man’s Sky Beyond The controversial No Man’s Sky launch mishap served as a teaching opportunity for the game’s creator Hello Games, who admirably worked to address the problem over the following years, transforming the original idea into something very lovely and addictive. Uncompromising VR was added to the game with the Beyond update, much to the joy of committed players.

In addition to the amazing sensation of leaving a planet’s orbit at warp speed, using a head-mounted display lets you continue your daily activities. In the same breathtaking way as when you gaze up at the stars in the real world, the game is a masterclass in making you feel insignificant.

You’d be hard-pressed to find a more replayable VR game, especially given the size and scope of the randomized cosmos, despite the fact that the controls take some getting accustomed to. 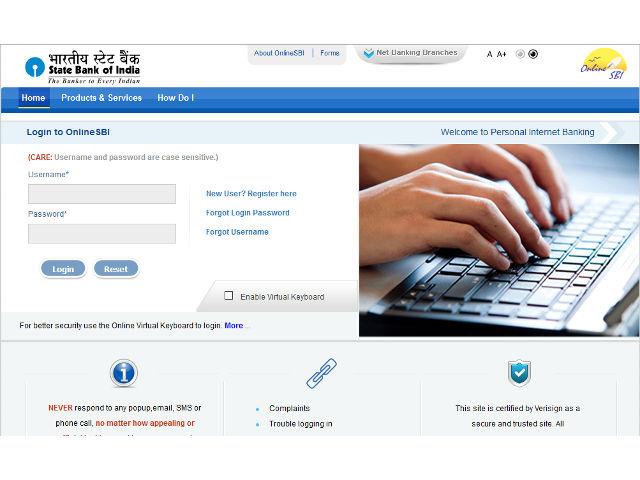