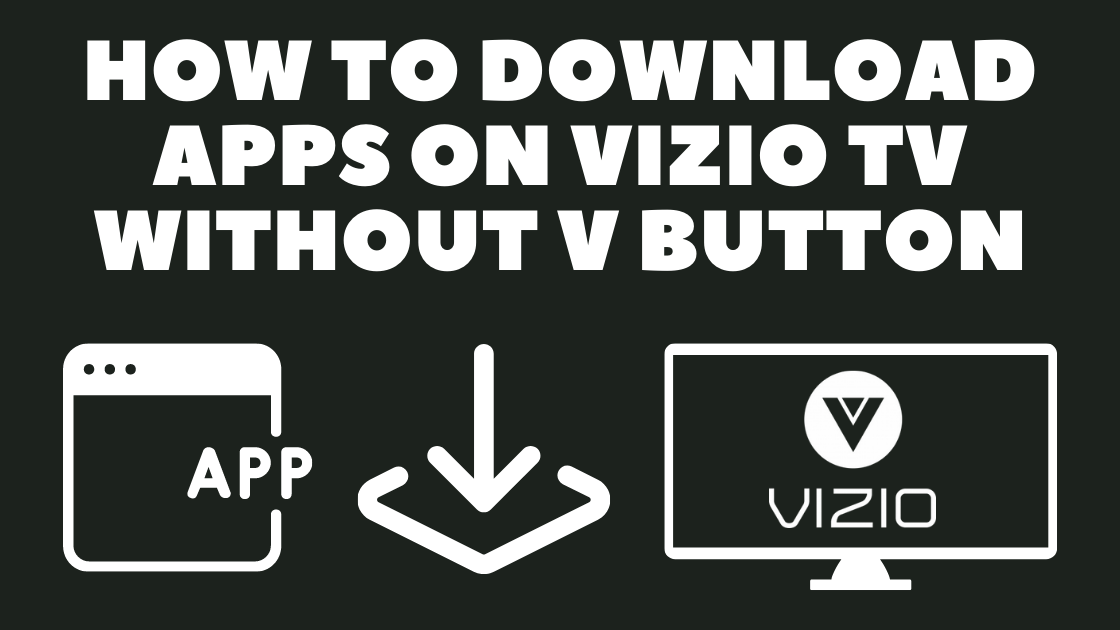 Pre-installed on Vizio TVs are a slew of TV-specific Android apps. However, you may not be able to utilize certain programs on your Vizio TV because the TV does not have a Software Store or does not offer the app that you desire to use. In the meanwhile, here is a guide that will help you get apps on your Vizio TV without using the “V” button.

There are three ways to install apps on your Vizio Smart TV without having to press the V button. The Vizio Smartcast TV remote’s Home button serves the same purpose as the TV’s V button.

Then, Here Are Three Ways To Get Apps On A Vizio TV.

Using the Vizio Internet Apps (Plus) Platform, You Can Install Apps. And this is how you use the Vizio Internet Apps Store to install apps on Vizio TVs with or without the V button.

Also Read: 6 Best VPNs for Snapchat in 2022: Unlock Snapchat at School or Work with VPN – Must Check!!

Vizio TV apps can be used via screencast.

Because Vizio TVs come with a restricted number of apps, you may not be able to utilize some apps on your TV that you would like to use. So, how do you use these apps on your television? The screencast is the best and simplest way to use these programs.

Using the Screencast function on most Vizio TVs makes it simple to stream an app from a mobile device to the big screen. If you have a Vizio TV, here’s how you can screencast to it:

Also Read: 5 Most Common Live Streaming Mistakes (And How To Avoid Them)!!

Streaming a laptop’s screen to a Vizio TV

Windows 10 laptops are capable of casting their displays on a TV through HDMI. how you can accomplish it is here Connect your computer to the same WiFi as your Vizio TV much like with mobile devices.

1. Select the three-dot menu on your laptop’s Google Chrome browser by clicking on it. Alternatively, you can use another browser that offers the same functionality as Google Chrome.

2. From the main menu, select the Cast option. As a result, it’s going to start searching for your wireless display. Afterward, you can either share your browser’s screen or the entire system, including audio. 3. Your laptop and Vizio TV should be on the same Wi-Fi network for mobile casting to work.

Mobile screen sharing via iPhone and iPad on Vizio TVs

Google Chromecast And Roku Are Examples Of Streaming Devices

Chromecast and Roku players can also be used to stream content to your television. Just make sure they’re both on the same wifi network before you proceed.

With the Vizio SmartCast App for Android and iOS you can see what apps are installed on your TV and use your app to broadcast video directly onto the TV. However, not all Vizio TVs are equipped with all of the below-listed applications and casting options. If this is the case, the methods listed below can be used to install programs on Vizio TVs. Continue on to the next section to find out more.