Warning: This story contains references to physical and sexual abuse that may be upsetting to some readers.

The worst aspect of looking back on all I actually did endure as a child is realizing that my own adopted parents might have fucking murdered me in that way. In a recently released interview shot by the group’s longtime filmmaker, Ben Jay Crossman, Die Antwoord’s ex-son Gabriel “Tokkie” du Preez said, “I was afraid… it damaged me.

When Tokkie was 9 years old and living in his birthplace of Fietas, Vrededorp, Johannesburg, Crossman first encountered him as a bright, ambitious performer.

Following this first encounter, when Crossman took a picture of Tokkie, Ninja, and Yolandi of Die Antwoord would later adopt Tokkie as a foster kid in 2013. Later, he would play the lead in a number of their contentious music videos.

The interview, which was published on April 19 on Crossman’s YouTube channel and later appeared on the South African news network News24, describes a childhood rife with grooming and violence as well as numerous serious accusations of child abuse against Die Antwoord, including neglect, exposure to pornography, drugs, and blood rituals.

Tokkie claims that his choice to share his story was motivated by his worry for his 14-year-old sister Meisie, who is presently living with another family in Johannesburg but is still legally under Die Antwoord’s custody.

In the exclusive interview, Tokkie spoke about his supposedly abusive childhood, which he, Meisie, and his brother Adriaan frequently participated in. Tokkie claims that he was frequently rewarded for committing crimes, acting poorly, and engaging in violent altercations while under Ninja and Yolandi’s care.

He recalls one upsetting incident where the couple applauded him for repeatedly stabbing his own brother and then forced him to relive the trauma by having him appear in a music video for the violent incident called “DntTakeMe4aPoes.”

“They gave me something for being naughty” That’s not nice for Ninja and them to praise me for doing crimes. Bro, even simply stabbing my brother might have landed me in jail several times for attempted murder. The next day, I went to see my brother in the hospital, and it upset me since he had pipes in him draining the blood from the internal bleeding. “I broke down in tears and went right away… I keep having dreams about it. It haunts me and I can’t shake it.

Tokkie claims that in addition to receiving pot and mushrooms, he was surrounded by people who were frequently utilizing other hard drugs. He claims that Yolandi, his adopted mother, frequently insisted that he stay in her bedroom with her, obliging the boy to gaze upon her bare body.

Tokkie and her sister Meisie were taken to a substandard homemade “hospital” on several occasions to have blood collected for ceremonies. According to reports, the two kids were made to engage in blood rituals while only wearing their underpants, soot, and blood and skin prosthetics.

Additionally, on several occasions, both children were instructed to strip off fully and enter a sauna with their adopted parents and other naked adults. “What I’m worried about right now is that Ninja always requests my sister to change out of her clothing in front of him.

In front of him, he requests that she change. I mean, really? I informed the parents now taking care of Meisie that I don’t want her to travel to Cape Town. She could experience anything, Tokkie claimed.

After two years of no communication with Ninja and Yolandi, the couple’s now 20-year-old ex-son is presently residing in the Fietas house of his late mother with his brother Adriaan.

Tokkie and his brother are presently working to renovate the house their mother left behind after she passed away from cancer in 2015 in order to create a secure and caring environment for their sister. Tokkie frequently writes on Instagram about cleaning the house and his plans to pursue modeling and acting in the near future.

Crossman expressed remorse in a message to News24 for “not coming up sooner” about the level of abuse he had seen while in Ninja and Yolandi’s care, and he attributed his reluctance to their notoriety and way of life, which he said had blinded him to the truth of what was happening.

In a purported sworn document, Crossman purportedly declared his willingness to testify against Tokkie’s former adoptive parents. According to News24, Die Antwoord’s sole public remark about a long number of accusations made against them by their agent Scumeck Sabottka of MCT-Agentur in Berlin was, “Die Antwoord don’t agree with Tokkie’s claims.”

View the entire interview down below.

The Movie "Beautiful Boy" Is Based on A Book Written by The Real David Sheff. 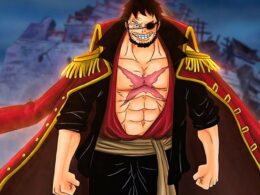