Home Dating What Is the History of Actress Jennifer Coolidge from “The White Lotus” and Who Is She Married To?
3 minute read

What Is the History of Actress Jennifer Coolidge from “The White Lotus” and Who Is She Married To?

Since the 1980s, Jennifer Coolidge has been a Hollywood favorite because of her memorable performances in films like Legally Blonde, American Pie, Another Cinderella Story, and even an Ariana Grande music video.

But it was her portrayal of Tanya in both seasons of The White Lotus—and her humorous and heartwarming speech at the Golden Globes—that truly established her as one of the industry’s favorites.

Although she is well-known for her forthright and uninhibited demeanor—she has even quipped that she had “hundreds” of suitors thanks to her role as Stifler’s mother in the American Pie films—little is known about her personal life or dating history.

Where does Jennifer Coolidge stand in terms of marital status? Jennifer’s portrayals as Jeanine Stifler in American Pie (1999) and Paulette Bonafonté in Legally Blonde (2001) are two of her most recognizable and well-received performances. Her sexy on-screen avatars have engaged in several passionate relationships.

The Emmy winner admitted that her performance as Stifler’s mother in American Pie affected her romantic life after the film’s release. Jennifer admitted to dating younger guys after watching the film in a September 2013 interview with The Guardian.

“For the following ten to fifteen years, I only dated younger men. We’ve been together for about a year and a half, and he’s a brilliant and hilarious human being. and attractive. You might say he has it all together.

The actress did not name the man she was dating at the time of the interview, although it was said that she had dated Chris Kattan briefly in the early 2000s. The Saturday Night Live star described Jennifer Coolidge as “a tall, untidy, seductive, fierce, wonderfully crass Boston native bombshell” in his 2019 biography, Baby Don’t Hurt Me.

It appeared like their romance didn’t last very long, despite their obvious chemistry. The ex-2 Broke Girls actor was previously linked to Banks McClintock, who starred in Not Another Teen Movie.

He was her “live-in lover and writing partner,” as she put it in an interview with The New York Times back in October of 2004. Jennifer is childless and has never been married.

Read More: By Keke Palmer Announced She Was Pregnant, but They Are Not Married

Jennifer Coolidge is very private when it comes to discussing her personal life.

It appears that the iconic actress is not very interested in pursuing public partnerships. She is often seen making solo red-carpet appearances and focuses her social media efforts on professional matters.

Jennifer’s love life, it appears, is subject to the ad hoc rule that states that secrecy is the greatest fuel for rumors. Fans have speculated for years about who famous actors and comedians she may have wed.

Jennifer may have recently married a man called Tom Mahoney, according to one (unproven) idea. Their friends and family think they’re a couple or think they were. According to another fabrication, they have two kids together. There was no way to verify any of these claims.

Chris Kattan, an actor, and comedian who was a part of Saturday Night Live’s cast between 1996 and 2003 is also mentioned as one of Jennifer’s alleged boyfriends. They appeared in many photographs taken at the same time.

However, more information concerning their connection is nigh impossible to find. When considering Jennifer’s family, a similar dilemma arises. Jennifer denied having children in a video for BuzzFeed Celeb in 2020 titled “Jennifer Coolidge Reads Thirst Tweets,” despite speculations to the contrary.

For what is Jennifer Coolidge most well-known?

Famous for her portrayal of Jeanine Stifler in “American Pie,” Jennifer Coolidge has a strong fanbase. In 1993, Jennifer made her acting debut on “Seinfeld,” as Jodi. Jennifer first appeared on television in 1995 in the series “Not of this Earth” playing the role of a nurse.

After that, Jennifer Coolidge appeared in a wide variety of films and television shows, such as Plump Fiction, Austin Powers in Goldmember, American Pie 2, A Night at the Roxbury, For Your Consideration, Foreign Exchange, Gentlemen Broncos, American Reunion, Like a Boss, Single All the Way, The Monroes, Rude Awakening, The Andy Dick Show, Game Over, Nip/Tuck, Kath & Kim, Fish Hooks, Inside Amy Schumer, Are Stacy and Florian Still Together? Did Florian Cheat On Stacy? Here Is All You Need To Know About The “90 Day Fiancé” Pair! Who Is Big Latto Dating? Here’s Everything About Her Boyfriend! 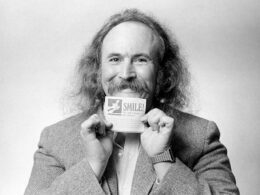 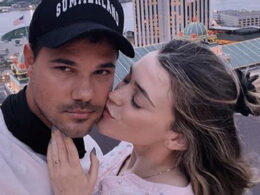 Taylor Lautner’s History of Dating Before the Tay Dome Wedding