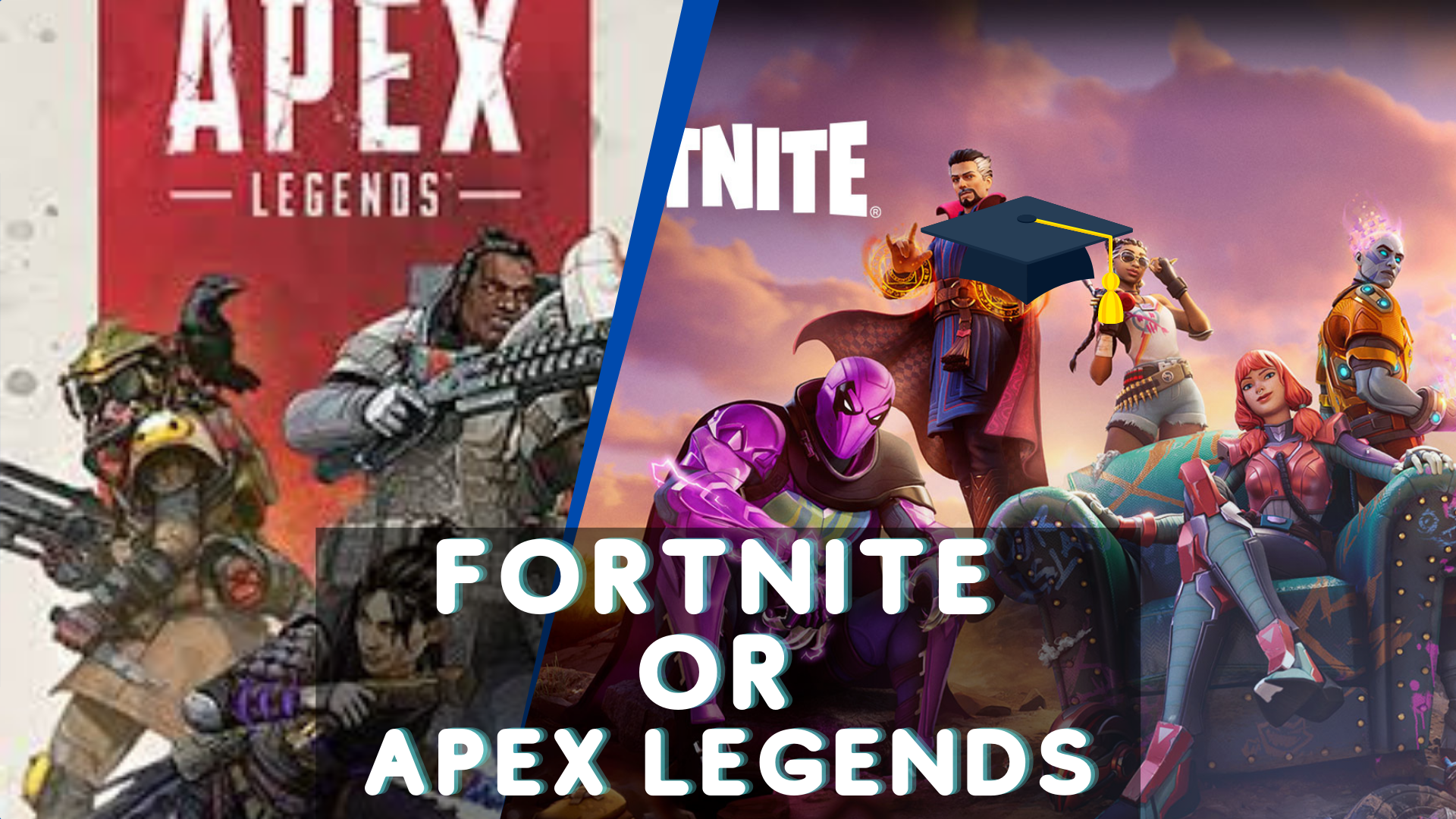 Battle royale games Apex Legends and Fortnite are among the most popular nowadays. In spite of their similarity in the genre, these two titles are vastly different. The game will proceed in the same manner, with players descending into a map while a storm approaches. The team left standing at the end of the storm wins.

Both games have big fan bases with a high level of participation both in the game itself and in online forums that discuss ways to improve the game. The fundamental distinctions between these two battle royale games are discussed in this article.

Today’s Topic of Discussion Is Which Battle Royale Is Better? Let’s Find Out.

A Phenomenon in The Culture

When Fortnite was released in 2017, it was an instant success. In its first year, it drew more than 125 million players and generated a record $2.4 billion in digital income. According to SuperData, the game generated more revenue in a year than any other title in the history of the industry. This puts you ahead of other mobile games like Dungeon Fighter, League of Legends, and Pokemon GO.

A cultural phenomenon, Fortnite has become an instant hit with everyone from rap stars to A-listers in the early days of 2019. Then Apex Legends came along and offered gamers a new option. Its fast-paced team game, elemental growth, and intriguing character cast were well-received by the reviewer community.

A week after Apex Legends was released, Fortnite’s death obituaries started to pop up on social media. Commentators expected that it would soon overtake Fortnite as the most popular battle royale game when the player count hit 50 million in a month. 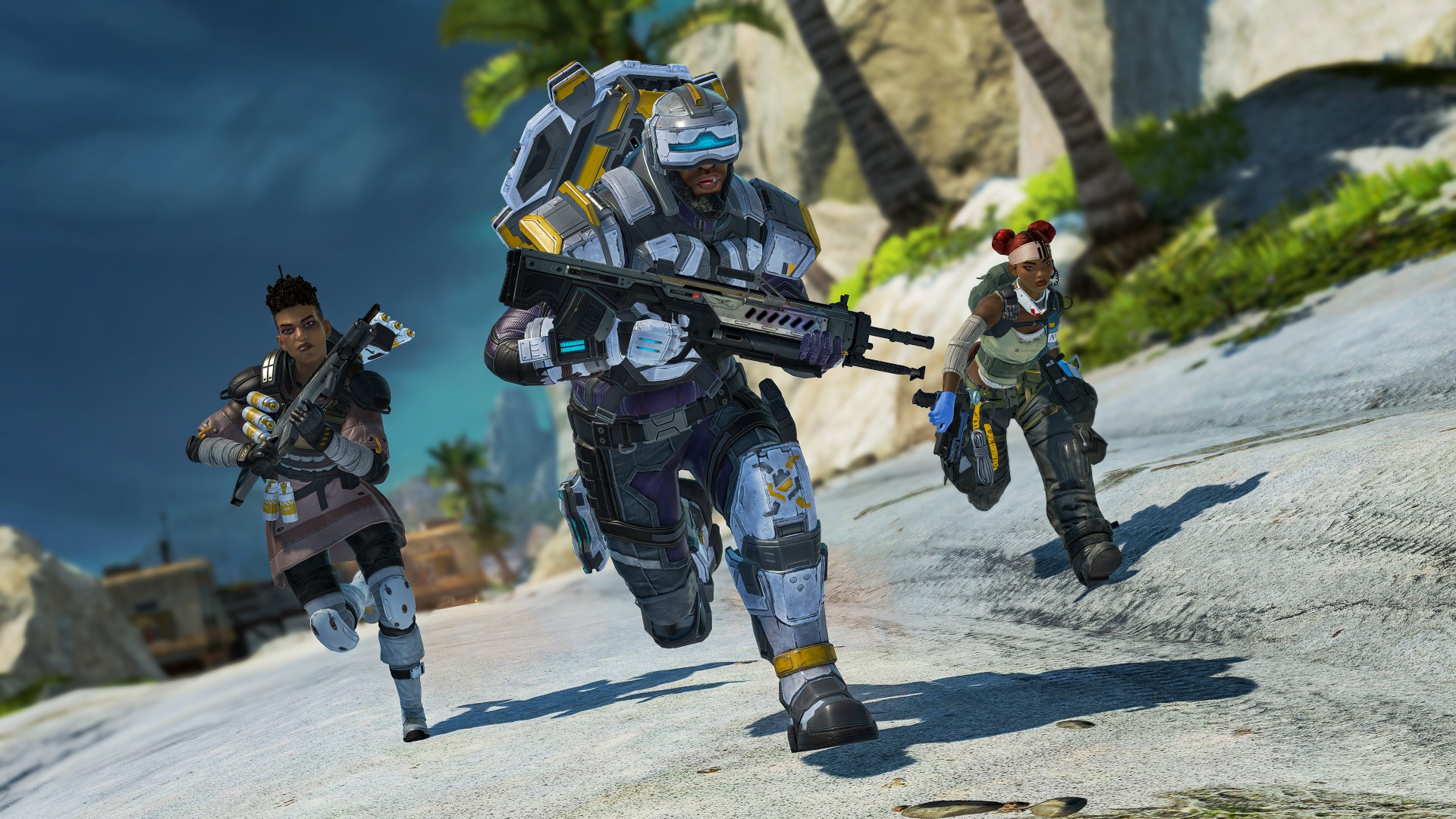 In reality, it didn’t work out quite like that at all. With this new threat, Epic Games soon announced a US$100 million investment in a series of professional Fortnite events that will take place throughout 2019, concluding with the World Cup a US$30 million Fortnite competition.

Many players returned to Fortnite after realizing that they might become millionaires simply playing the game. The novelty of Apex Legends faded a bit, and Fortnite regained its position as the most popular video game in the world. Following the World Cup, it saw a surge in exposure as a result of the success of some adolescents who gained millions of dollars.

Epic just stated that Fortnite has more than 350 million registered players, which is an interesting tidbit. This is roughly the number of people who live in the United States. Fans were entertained by it during the coronavirus blockage, so there is no concern about its popularity decreasing. As of April 2020, more than 3.2 billion hours had been played by gamers.

Also Read: 6 Best VPNs for Snapchat in 2022: Unlock Snapchat at School or Work with VPN [Must Check]!!

Fortnite is simply too good for Apex Legends. Electronic Arts just claimed that 70 million people had downloaded the Apex in October of 2019. As a result of this, he was able to obtain more PS4 downloads than Fortnite in 2019.

A few months after the game’s release, Apex looks to have peaked in popularity. It took a month to win over 50 million new players, and a further six months to attract another 20 million. It’s possible that Electronic Arts would have included player count information in its recent financial report if the game was close to fulfilling its promise and overtaking Fortnite.

No one can deny that Apex Legends was one of the year’s most popular battle royale games. Fortnite, on the other hand, is more popular than Apex Legends according to every indicator that is currently accessible. Can we expect that to alter in the future? Although PUBG and Apex Legends are closing in on Fortnite’s lead in terms of player numbers, they still have a ways to go before overtaking it. In comparison to PUBG and Fortnite, Apex is a newer game with a lot of room for growth in the future.

The lucrative mobile market has not yet been reached. This is a tremendous chance for EA and Respawn, who aim to release the game on mobile devices. In fiscal 2021, EA CEO Andrew Wilson stated that the game would not be out until then. The company’s timeline begins on October 1, 2020, so we’ll have to wait and see if it’s a success.

Apex Legends will benefit greatly from the popularity of Fortnite and PUBG Mobile when it is released on these platforms. It also has to work together to break the Chinese market, where PUBG is now the most popular game. Apex Legends still has a long way to go until it hits another popular Fortnite platform, the Nintendo Switch.

Also Read: 5 Most Common Live Streaming Mistakes (And How To Avoid Them)!!

A Long Battle Ahead At EA’s investor meeting, Wilson reaffirmed that the company is committed to Apex Legends’ long-term success. This is a long-term investment for us in Apex Legends. According to him, the game’s development staff has grown dramatically since its launch. With more than 70 million gamers, the Apex Legends community is thriving. We’re working hard to get our app out there on as many mobile devices as possible, as well as into new countries. When it comes to competitive Apex gaming, we’ll be releasing more information about it soon.”

As a result of its success, Epic Games runs the risk of losing focus. As a result of the coronavirus outbreak, he startled fans by canceling plans for a Fortnite 2020 World Cup, throwing the professional scene into disarray.

The success of competitive games like League of Legends, Counter-Strike: Global Offensive and Dota 2 has led to their continued popularity. In terms of esports, Fortnite is entertaining to watch. Many huge events aren’t on the horizon when it comes to placing bets on Fortnite. A growing number of e-sports competitions are taking place in the Apex Legends community. As of 2020, it has proven to be a more lucrative game than Fortnite for participants.