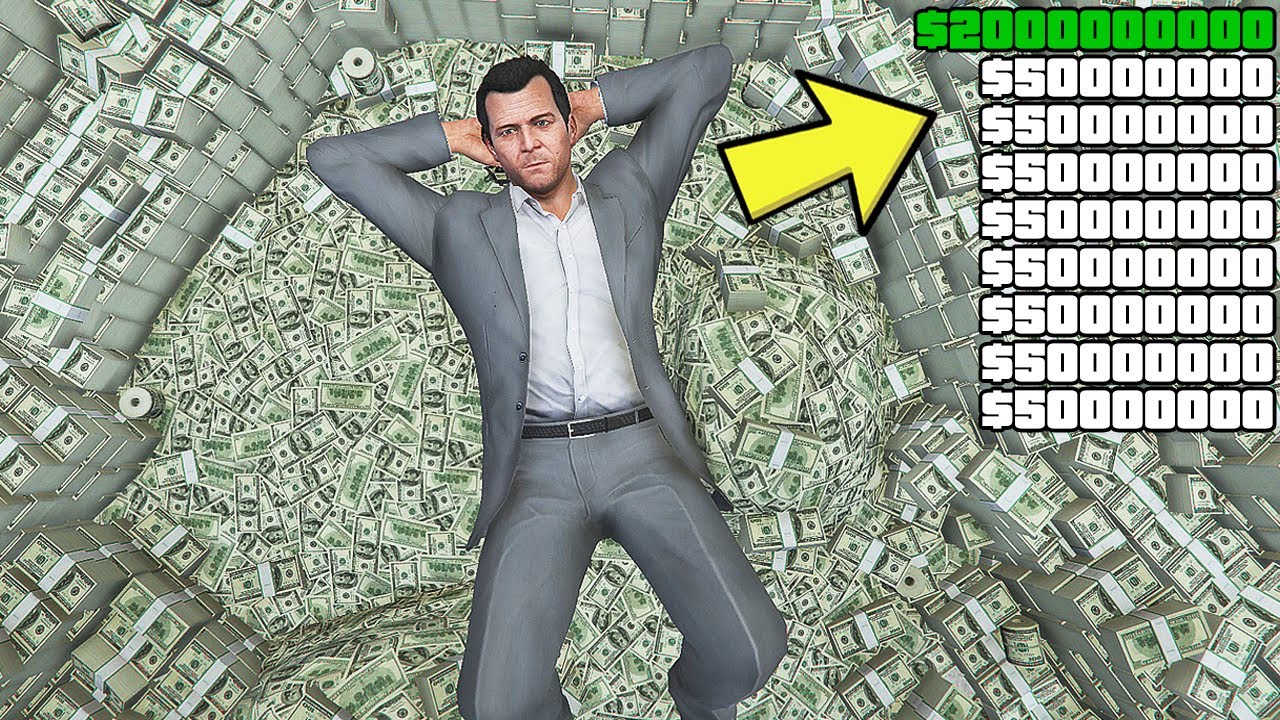 In the Grand Theft Auto series, money plays a significant role, with its significance varying from game to game. A counter on the player’s HUD shows how much money the player has on hand. There are several ways to get money in the game, but missions are typically cited as a solid source of income.

Aside from being a means of gaining access to new places in GTA, money may be utilized for a variety of different purposes in the series’ early games. Grand Theft Auto III introduced the concept of unlocking new regions instead of spending money, which was later phased out in favor of a more objective-based system in Grand Theft Auto: San Andreas.

Purchasing products and services, such as health, armor, clothing, properties (such as safe houses and businesses), and firearms is the major use of money in GTA III. At Pay ‘n Spray, vehicles need to be resprayed or repaired, and this costs money.

Because most of the action takes place in the United States, the dollar is the standard unit of currency. Since GTA: London 1969 and 1961 are set in the UK, the Pound Sterling is used instead of the US dollar in these expansions. However, this does not apply to the other London-themed GTA expansions.

For the GTA series, money exclusively appears as stacks of paper bills (unless when throwing $1 bills to dancers in GTA V) as there are no single bank notes visible in the games.

How Does Money Work In Grand Theft Auto V?

In GTA V, the dollar symbol appears first in the Money icon, which is essentially the same as in GTA IV.

The currency system in Grand Theft Auto V differs from that of GTA IV. At the beginning of the game, the bank balances of Michael De Santa, Franklin Clinton, and Trevor Phillips are all different.

Each and every money pickup in this game is represented by a Fleeca Bank strap, regardless of how much money was really collected. Props such as $20 bills and $5 bills as well as stray $1 bills can be tossed at the Vanilla Unicorn’s strippers in exchange for their services. Also Read: 7 Advantages Of Online Faxing For Businesses You Should Know

Many missions no longer provide a reward, making money from missions considerably more difficult to come by. In order to make up for this, GTA V introduces a slew of new ways to make money other than completing missions.

Small cash rewards will still be given to gamers who commit street crimes, such as robbing a convenience store. New to the game, players can now explore shipwrecks underwater in the hope of finding hidden treasure, which can pay out modest sums of money.

Hitchhiking, picking up hitchhikers, and bounty hunting are just a few of the more lucrative side activities available to players. This game includes a heist element. Preparedness lessons are learned through the use of “mini heists.” The escape vehicle, costumes, masks, and escape vehicle must all be purchased and secured by the players. Also Read: How To Download Apps On Your Vizio Smart TV Without V Button (3 Quick Ways)

After the heist is completed, the crew will receive a sizable reward. However, not every robbery will result in a huge sum of money. However, there are some members of the heist team that have greater skill levels but accept less money at the end of the mission.

Investing in the stock market is another option to make money. Investing in stock exchanges like the Liberty City National Exchange or the BAWSAQ can yield substantial profits after completing certain quests. To avoid losing a lot of money, gamers should proceed with caution and only invest in things they are certain about.

For example, in The Paleto Score, the story proceeds regardless of the protagonist’s finances since Michael and Trevor require a helicopter for their raid on the Humane Labs and Research, with Michael declaring that the two are “poor.”

Players will be able to spend their hard-earned money in new and exciting ways now that they know how to make a healthy profit. Los Santos and Blaine County have a variety of companies that can be purchased by players. The buying of a home comes with its own set of advantages. Also Read: 6 Best VPNs for Snapchat in 2022: Unlock Snapchat at School or Work with VPN – Must Check!!

If Franklin Clinton buys the Downtown Cab Co., for example, he will be entitled to free taxi service in the future. Defending the bar from intruders or delivering supplies are both possible tasks from time to time (e.g. alcohol if the player owns a bar). If a player does not follow the rules, his or her earnings may be impacted for the week in question.

San Andreas’ player-customizable options are also back, with a wide range of tattoos, haircuts, and outfits to choose from. Vehicles and vehicle modifications are still accessible, but this time they include aircraft and boats as well as a wider range of customization possibilities than ever before. Ammu-Nation also sells a variety of firearms and weapon accessories, such as scopes and suppressors.