As a standard feature, the base model contains an optical disc drive that can play Ultra HD Blu-ray discs. Those who prefer to purchase games digitally can save money by using the Digital Edition, which does not include a CD-ROM drive. Both models were unveiled at the same time.

Hardware features include a solid-state drive optimized for fast data streaming, an AMD GPU capable of 4K resolution display at 120 frames per second, hardware-accelerated ray tracing for realistic lighting and reflections, and a Tempest Engine allowing for hardware-accelerated 3D audio effects on the PlayStation 5. Backward compatibility for most PlayStation 4 and PlayStation VR games is also included, as well as a DualSense controller with haptic feedback.

Is there anything more I should know?

Installing a New Console? Here’s How!

1. You Need to Connect Your Console to The Internet 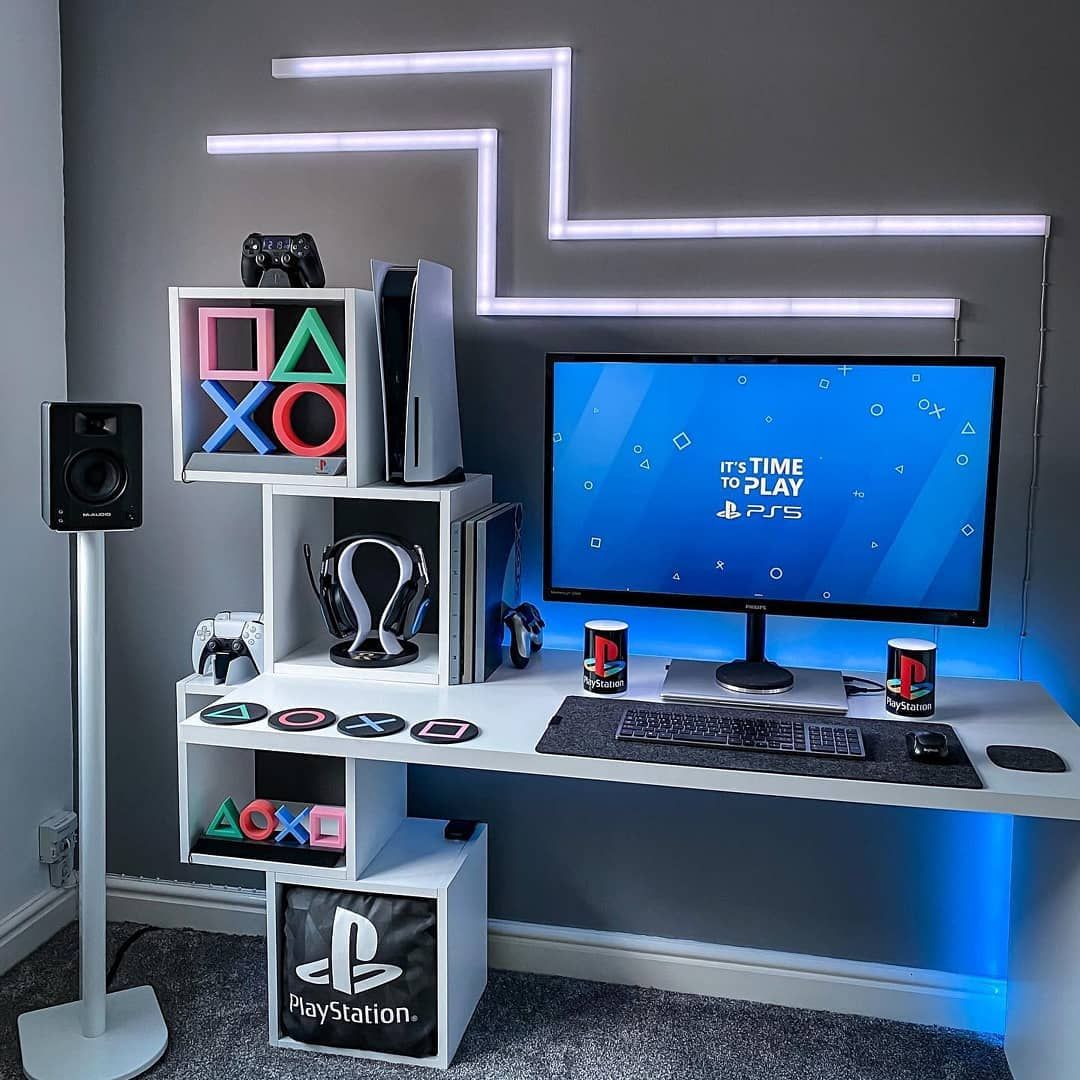 Connect your controller to the system using a USB cable and click the PlayStation button when you initially set up your PS5. Setup can be completed wirelessly as soon as the USB is disconnected from one of your devices.

The onscreen wizard will guide you through the next stages, including connecting to the Internet. Once you’ve entered your Wi-Fi password with the controller, you’ll be prompted to choose basic settings, such as HDR calibrations, your time zone, and power-saving choices.

The disc version of the PS5 allows you to insert a game disc to install while the setup procedure is running. In order to save time on the first day, it is a good idea to pre-order some of your favorite titles. If this is the case, you can use this as a chance to speed up the installation.

Then, while you’re downloading a system update, you’ll get a notification to download the PlayStation mobile app. If you don’t already have a PlayStation Network (PSN) account, you can establish one here. Even if you don’t, scanning a QR code in the app instead of typing in your account information with your controller will save you a few minutes in the short term.

2. Increase The Number Of User Accounts And Profiles

It’s likely that you won’t be the only one playing on your PS5, thus it’s crucial to ensure that no one gets their save data mixed up. Because of this, you’ll need to establish additional profiles and link them to separate PSN accounts in order to store any game data, which can be done easily. Once the guest has finished playing, all of their data will be removed.

Press the PS button on your controller to add a new user, then pick the current user’s profile image at the bottom of the screen, then select “Switch User.” Alternatively, you can get this screen by pressing the power button on your system. For new users, click on the plus sign in the upper-right corner. After that, you’ll be prompted to check in with your PSN credentials, either manually or through the app, by scanning a QR code.

3. You Can Now Transfer Your PS4’s Data. Because PlayStation consoles don’t automatically sync game saves to the cloud, you’ll have to do it the old-fashioned way if you want to move your data from your PS4. Connecting both consoles to the same Wi-Fi network is a good start, but ethernet cable is even better.

On your PS5, you may have been asked to transfer data when you first set up your console, but if you haven’t, you may access this feature by going to Settings > System > System Software > Data Transfer in order to begin. Hold down the power button on your PS4 for one second after you get the Prepare for Data Transfer message. Now that you’ve returned to your PS5, you’ll be able to customize the info that’s being sent. 3D audio is one of the PS5’s most exciting new features. The Tempest audio system, which is fully software-based, allows developers to create soundscapes in 3D space that alter the sound of characters or locations dependent on the player’s position. Best of all, you don’t need any extra equipment to use the system. All you need are some basic stereo headphones or speakers to complete the setup. In order to locate a headset that works well with your PS5, (see our guide to the best gaming headsets for every system).

However, it’s possible that 3D audio isn’t turned on by default. Select your audio device by going to Sound > Audio Output in Settings > Sound. Enabling 3D Audio for your headset or speakers can be found there. Check out Death Stranding: Director’s Cut and Demon’s Souls for examples of games that support the functionality. Depending on your TV, the latest consoles can output 4K, HDR, and up to 120 frames per second, which means you can enjoy some seriously high-powered gameplay. Settings > Screen and Video > Video Output can be used to enable these capabilities if your console doesn’t recognize them and activate them by default.

It’s possible that you won’t always want to—4K and 120fps gameplay alone add significant processing demands to your system, and if you add other next-generation capabilities like ray tracing, the situation can get worse even. You might prefer 120 frames per second over more realistic lighting or vice versa. There are a few games out there that let you select the features you want to activate within the game, but if you want, you can do so here. 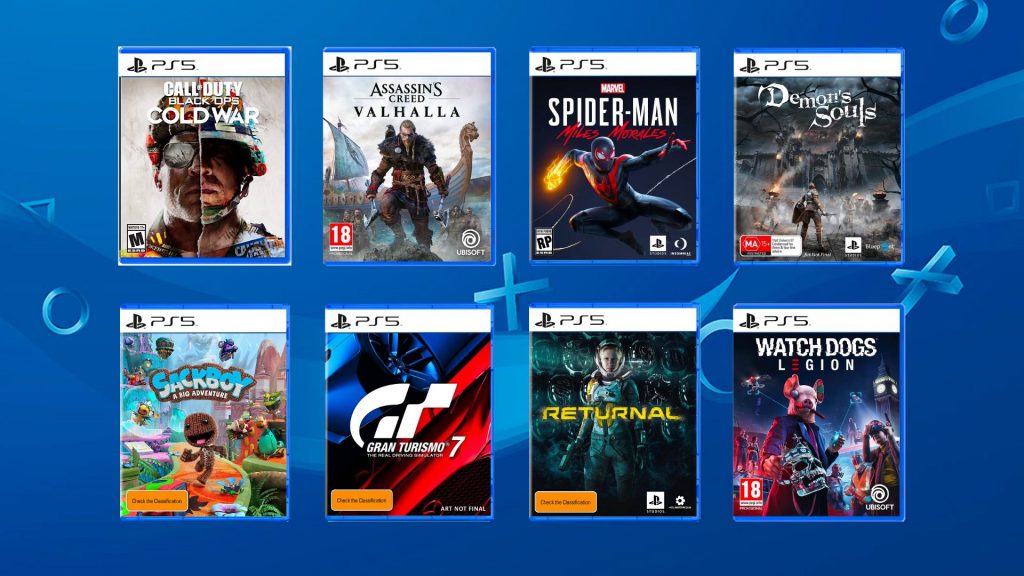 The Game Library is accessible through the Games tab on your home screen. You can begin downloading your games here. All the games you’ve claimed from PlayStation Plus, or PlayStation Now, if you’ve signed up for that service as well, will be listed under their respective menu tabs. You’ll undoubtedly find a lot of games to download within these tabs.

However, on the first day of your new console, you may have to suffer through hours of downloading—and that’s after waiting for system updates to install. As a general rule, it’s a good idea to open the box and begin loading games a day or two before you give the console to someone.