New video games are expected to be released throughout the remainder of 2022, which means that the second half of the year has already begun. This year of 2022 has already shown us some amazing games for Switch, but there will be many more to come!

Below, you’ll find a list containing 30 of the most anticipated Switch games. They range from triple-A first-party titles to up-and-coming indie darlings. We’ve already added to (and removed from) this list several times this year, and given Nintendo’s tendency of not announcing games until a couple of months before release, there may likely be more surprises to come before the year closes out.

There have been some very fantastic releases recently, such as Pokémon Legends: Arceus, OlliOlli World, Triangle Strategy, Kirby and the Forgotten Land, and Mario Strikers: Battle League. Despite the delay of Zelda: Breath of the Wild 2 until 2022, there were still plenty of announcements to look forward to in the Nintendo Direct Mini held in June of that year. 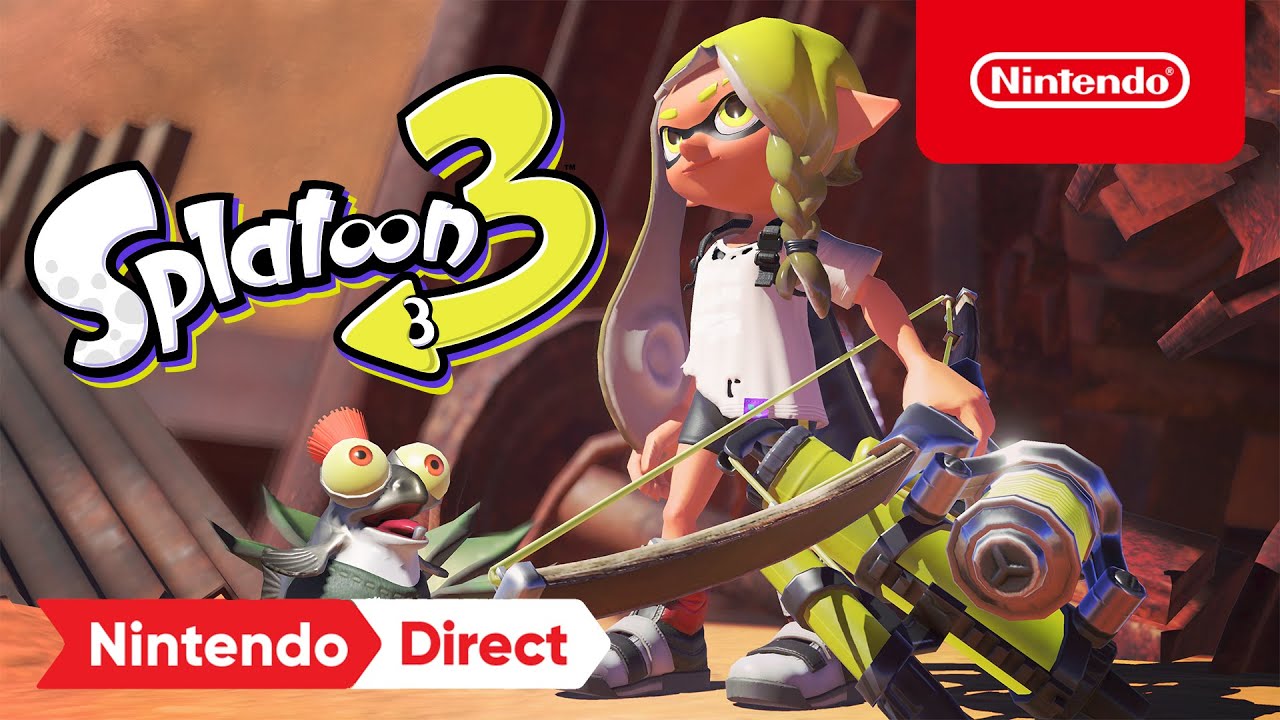 In Splatoon 3, you’ll be exploring a new area of the game called the Splatlands, having previously fought your way through Inkopolis. Splatsville, often known as the “City of Chaos,” is the new home of many warlike Inklings and Octolings. When it releases this year, the new game will add a bow, additional customization options, and increased mobility to the game’s signature splat-tastic multiplayer action. The official release date is set for October 7th, 2022.

Firaxis, the studio responsible for XCOM, is working on a new game called Marvel’s Midnight Suns, which will add a dash of superhero flair to the strategy genre. With a team of 12 heroes at your disposal, you must destroy Lillith, the Mother of Demons. You play the role of The Hunter, the last line of defense for Earth against the underworld and the first fully customizable Marvel hero in history. 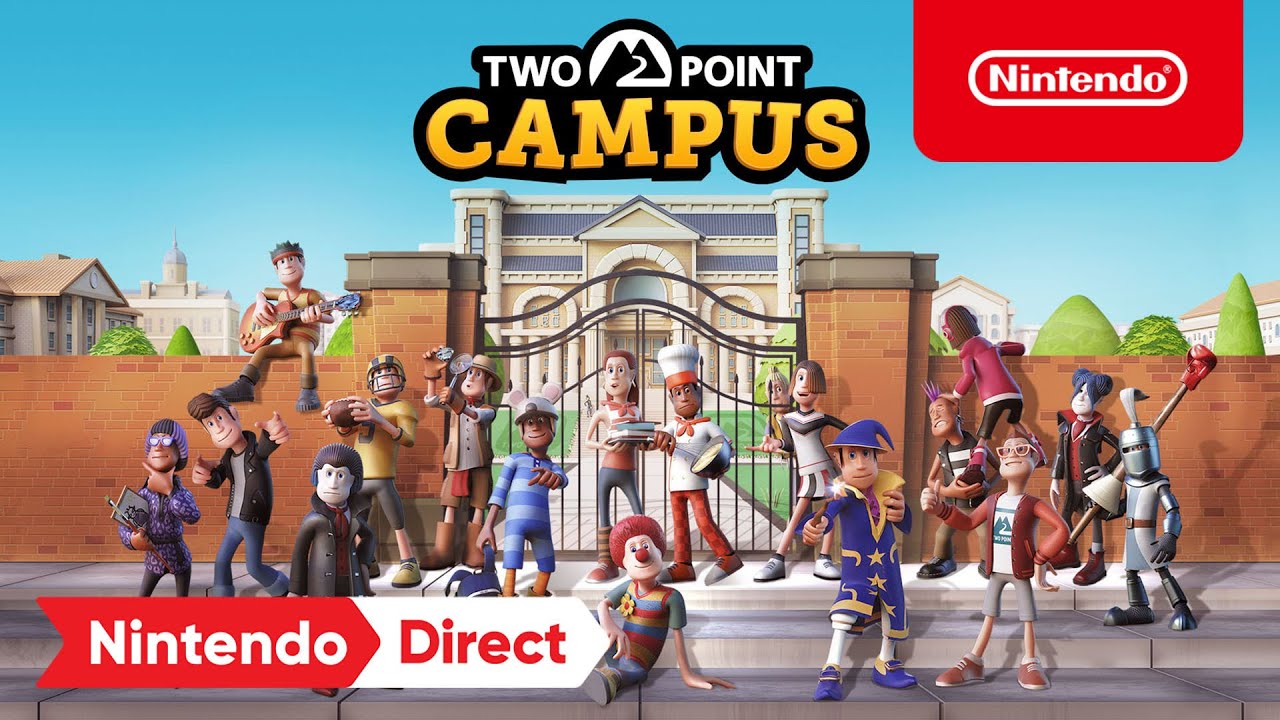 Like its predecessor, Two Point Hospital, Two Point Campus places players in charge of their own educational institution. Knight School-style, you can design spectacular facilities, top-notch classrooms, and mind-bending lectures, and then track your pupils as they develop over the year. It has the same wonderful personality and comedy as the hospital edition but is more personal and inventive. Ubisoft’s next ingenious crossover with Nintendo’s IP is Mario + Rabbids: Sparks of Hope. Sparks, a new character, and Rabbid Rosalina join the classic heroes as they return to fight a new threat on a cosmic scale from the villainous Cursa. The game is expanding its scope beyond Mario’s Mushroom Kingdom to embrace the entire Mario + Rabbids realm. Similarly, in battle, the grid system is absent, allowing you full control over any of the three playable heroes. Combat is still turn-based and tactical, but the ruleset should be more open to player innovation. With a developer roster that includes RPG veterans from projects like Chrono Cross, the Xenoblade Chronicles series, Bravely Default, Secret of Mana, and even Pokémon, you can bet that we’re interested in and including this action RPG, which was originally (accidentally) revealed as ‘PROJECT-TRITRI.’ However, there is currently no scheduled Western release date for the game.

The game will launch in Japan on September 15 and features a demo on the Japanese eShop, which you may access if you have a Japanese eShop account. We’ll keep our toes and fingers crossed for some good localization news. 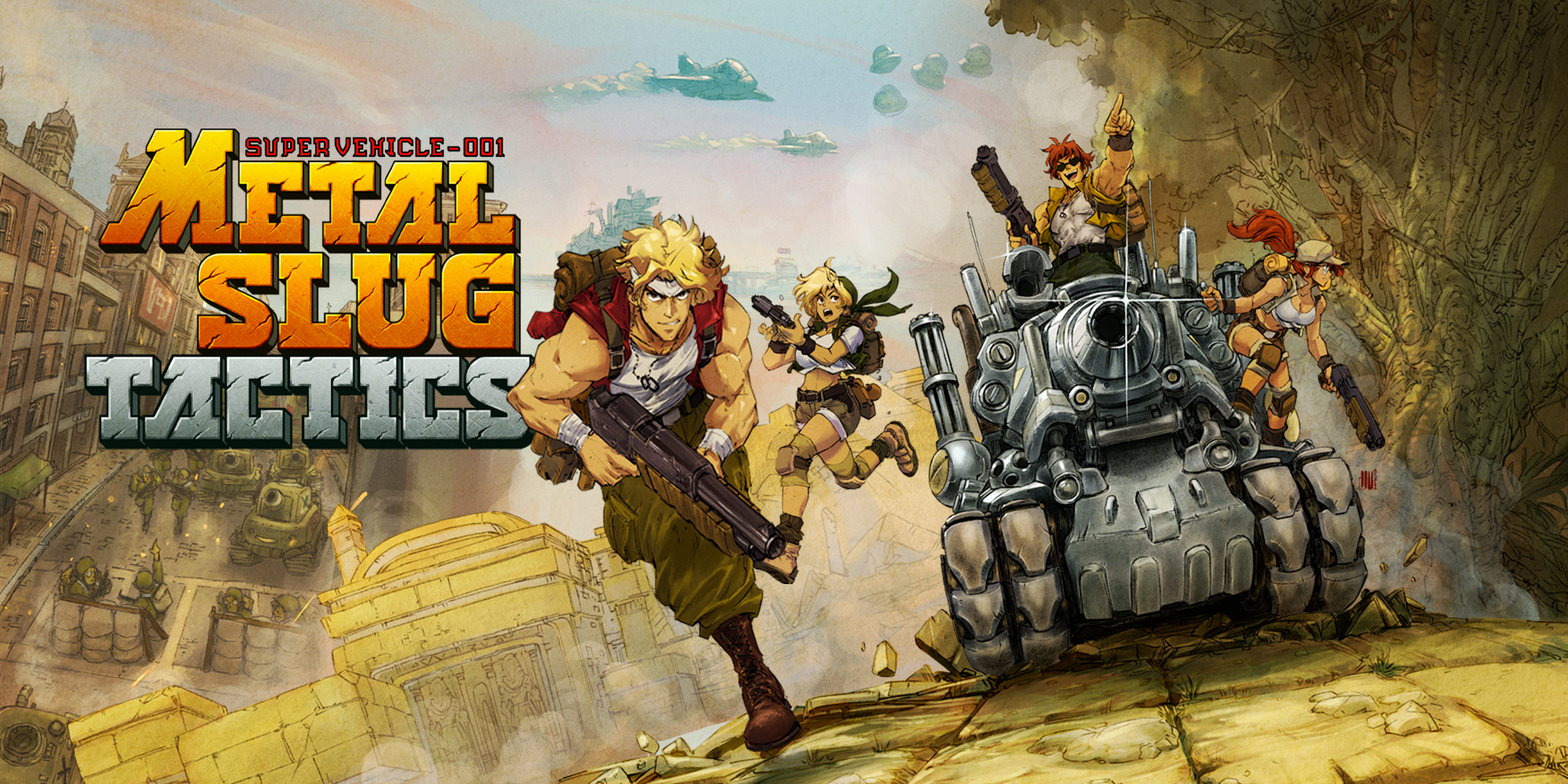 Metal Slug Tactics, introducing turn-based tactical gameplay to the run-and-gun franchise, is coming to Switch sometime in 2022, as revealed at E3 2021 and confirmed for Switch in the August Indie World Showcase.

This isometric turn-based take is developed by Leikir Studio and published by Dotemu. There is no shortage of skill, as Sonic Mania composer Tee Lopes is also contributing to the music. Feelings-wise, we’re quite confident on this one. 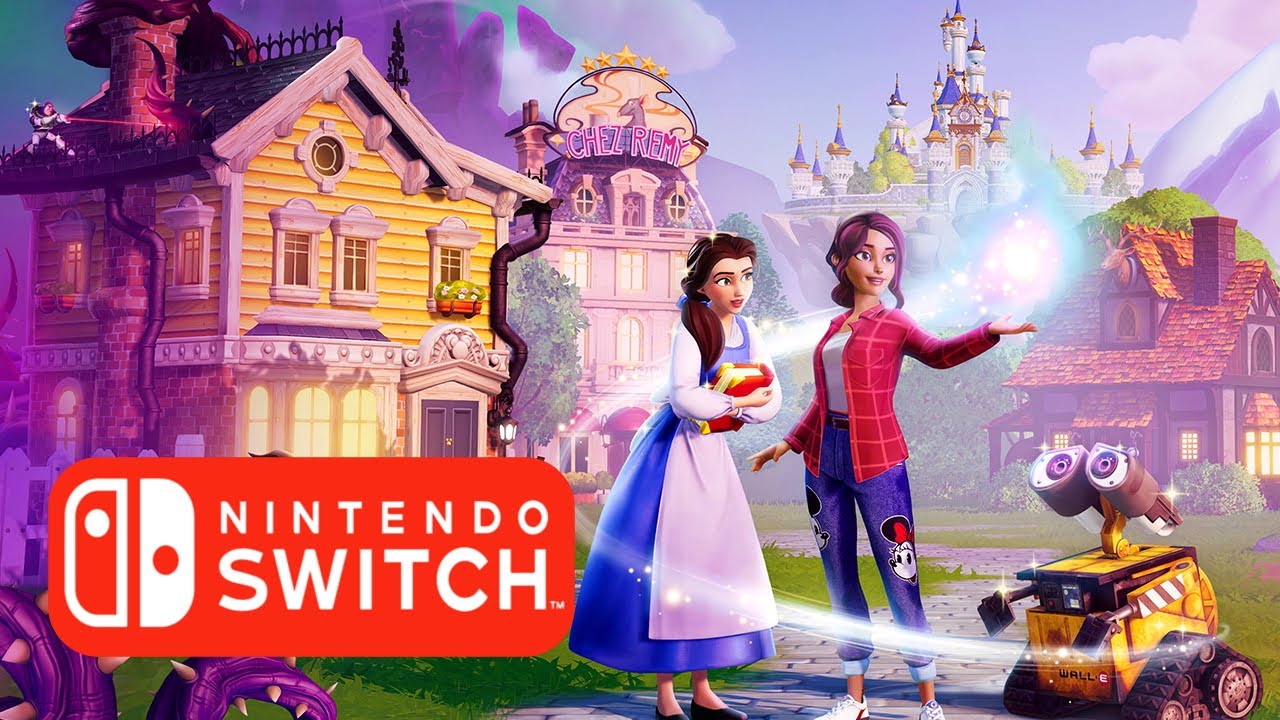 Developed by the imaginative Gameloft, this new life simulation adventure promises to be nothing short of a miracle. The world of Disney Dreamlight Valley is populated by several famous faces from Disney and Pixar films. As the memories of the country are severed by a mysterious force called the Forgetting, the once peaceful setting becomes anything but. Restoring the town’s enchantment is in your hands; see to it that the locals get the aid they need. Early access for Disney Dreamlight Valley will be available in September, with a full release expected in 2023. The day that the game will be made available is November 18th, 2022.

With the release of Pokémon Scarlet and Pokémon Violet, the Pokemon series is finally embracing the open world. Another Poke-adventure is on the way in 2022, expanding upon the groundwork created in January’s Pokemon Legends: Arceus. With the release of the Generation 9 Pokedex, we’ll get the opportunity to travel to a completely new region that takes its design cues from Spain and the Mediterranean. 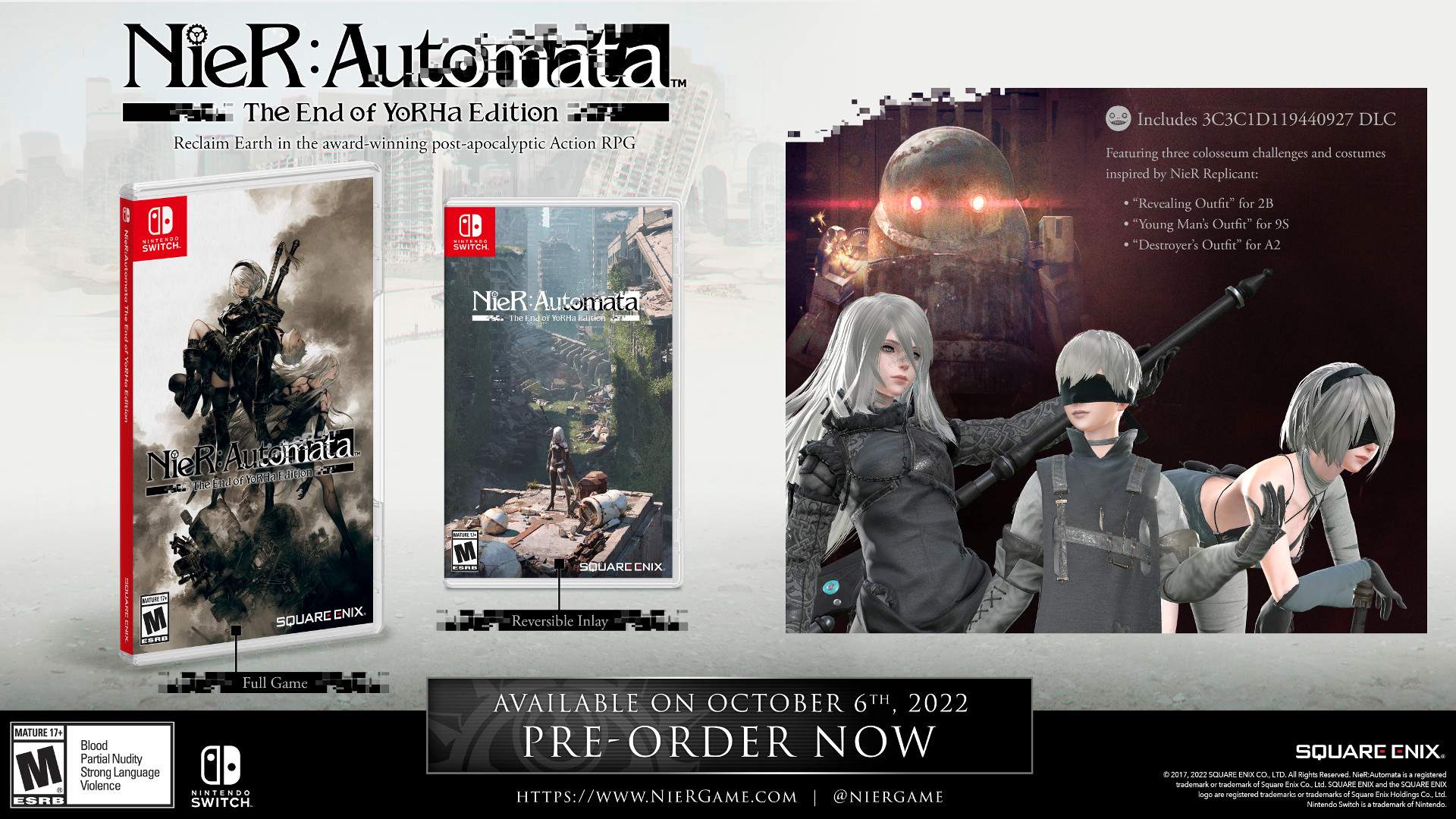 The Switch version of 2B has been announced. To answer your question, the answer is yes; Nier: Automata will be coming to Nintendo’s system, as was confirmed in the June Nintendo Direct Mini. In Nier Automata, you play as androids 2B, 9S, and A2 who, as you may know, struggle to defend Earth against an alien machine invasion. The Switch edition of PlatinumGames and Square Enix’s action RPG will be titled The End of Yorha Edition, and it will include all of the previously published downloadable content as well as new, Switch-specific costumes. 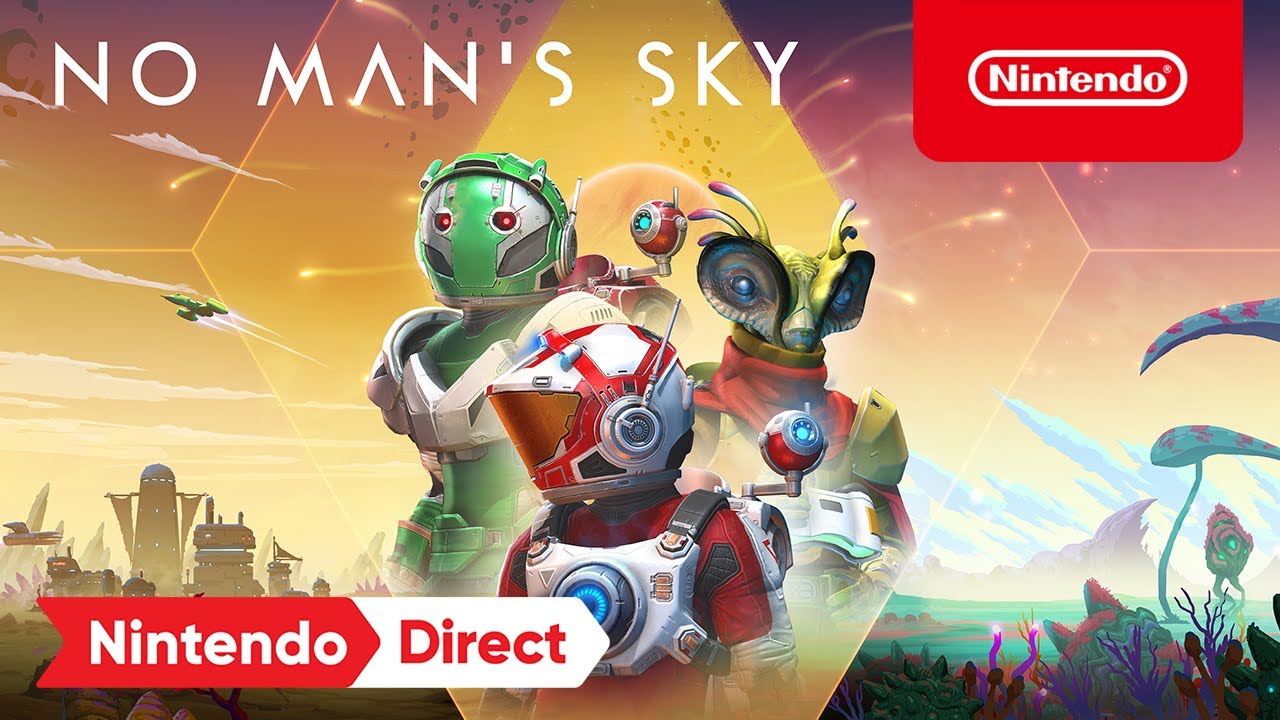 The official release date is set for October 7th, 2022.

No Man’s Sky will soon be available for the Switch, bringing with it the entire galaxy. No Man’s Sky has come a long way since its 2016 release, with many free expansions adding substantial story content, and new gameplay aspects including base construction, multiplayer, and more. Because of its size, you may expect to spend a lot of time in this game, which takes place in space.